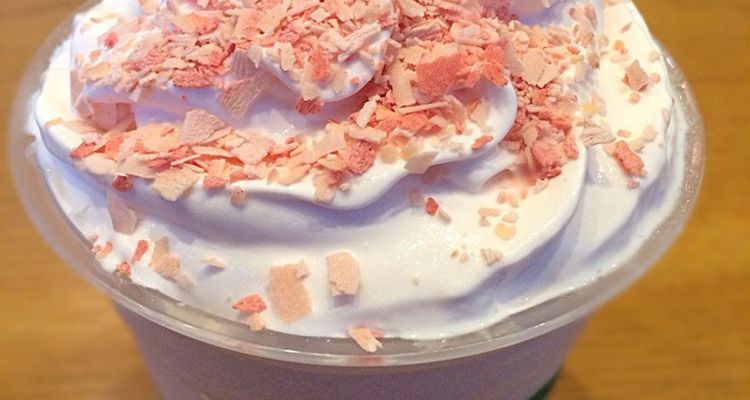 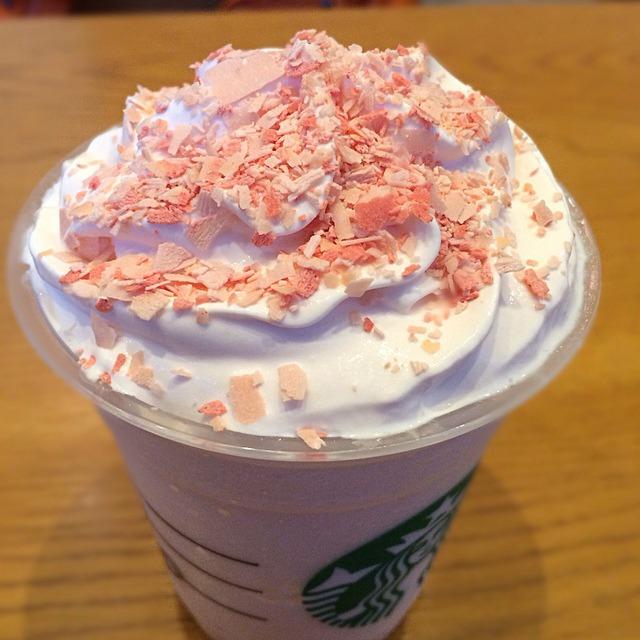 Cherry blossoms and orange chocolate: only at Japanese Starbucks

Did you know that there are flavors and goods you can only get at Japanese Starbucks? These are great gift ideas - or you can try them all and keep them to yourself!

When you need a quick cup of coffee or a nice place to study, read, or just hang out, chances are you'll probably head to the nearest Starbucks. As the 5th most popular fast-food restaurant in the world, Starbucks is in almost every country you can think of. With this international stardom, you would expect that just like McDonald's, Starbucks in different areas carry different things.

And you're right: Japan has its own line of limited flavors as well as goods such as tumblers. Can you guess what the flavors are? Check out the list below.

Every spring, when the sakura (cherry blossoms) bloom in Japan, Starbucks Japan releases their sakura series. 2015 will be the 14th year of this series, and this year's drink is the "Cara-merry Sakura Chocolate Latte." The "cara-merry" bit comes from the sakura-flavored caramel sauce that is drizzled on top of the drink, which is non-coffee. Atop the sakura-flavored drink itself and the usual mound of whipped cream are white chocolate flakes sprinkled to look like sakura petals.

Aside from the latte, there is also the "Cara-merry Sakura Chocolate Frappuccino." The inside of the drink, which you can see through the cup, is a swirl of pink-and-white meant to look like falling flower petals. Along with the white chocolate topping and the sakura decorating the cup itself, the whole ensemble is meant to look like cherry blossom season has begun.

In addition to the drinks, there is also the Sakura Chiffon Cake, which has been a staple in the past few years as well. The cake, which is a light pink color, is made with real sakura flowers and is topped with a chiffon-style whipped cream and a preserved sakura flower (which is, of course, edible).

The Starbucks sakura series will begin on February 15. The drinks will last until March 17 and the cake until March 31.

If you'll be in Japan during this season, be sure to check out the Starbucks location in Ueno Park, which is well-known for its cherry blossoms. The store--as well as the Sakurabashi location in Osaka--will be decorated by plantica, a flower artist group, on the inside and outside to look like the building is in "full bloom." The chocolate orange series will last until February 14 - right before sakura season begins.

Not only are there Japan-only flavors at the Starbucks here, but there are also tumblers you can only get within the country. They all have something to do with Japan and make great souvenirs - you literally can't get them anywhere else. Some are seasonal, and for others you'll have to travel all over Japan, but if you like collectibles, these are definitely worth it. Every big city in Japan has their own Starbucks tumbler. You obviously can't buy a Kobe tumbler in Sapporo, though, and you can't find any of these in Tokyo except for the Tokyo-only ones. So these are best to get if you'll be going around the country. Make sure you stock up if you find a couple - some are harder to come across than others!

There are even some tumblers for places in Tokyo like Roppongi Hills and Skytree. You can see a partial list, with the prices, of these tumblers on the Starbucks Japan website. Haneda Airport has its own Starbucks tumbler which is only sold there and even then is hard to find, as it often sells out. If you can't swing a flight from/to Haneda, you can settle for the Japan airport tumbler, which is easier to find and is sold at Starbucks in all Japanese airports. Like the drinks and the cake, the yearly arrival of sakura season at Starbucks means limited edition goods. The above photos are for the 2012 and 2013 series, respectively, which means that every year the sakura goods - tumblers, mugs, drinks, food, everything - is new and re-designed. One thing you can be sure of, though, is that everything will have a cherry blossom motif!

The sakura series tends to sell out extremely fast, so if you're in Japan, make sure you get to a Starbucks store as soon as you can to get the merchandise you want.