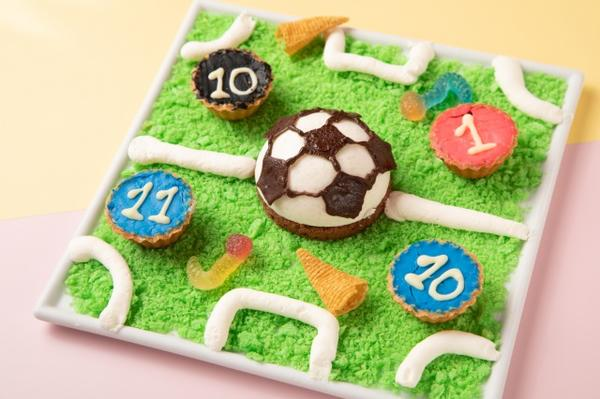 Legendary soccer anime Captain Tsubasa, which is so famous that most famous Japanese soccer players have probably watched it, took part in an extraordinary collaboration with Kawaii Monster Cafe - Harajuku's craziest and most Instagrammable cafe! Besides offering a special menu, they also sold novelty goods and displayed life-sized panels! Soccer and anime fans alike had a lot to see at this special cafe in Harajuku, Tokyo!

Captain Tsubasa Made its Appearance at Kawaii Monster Cafe!

2018 is a special year for soccer, as it is when the World Cup tournament, which only occurs once every 4 years, takes place. To commemorate such a memorable year, Kawaii Monster Cafe in Harajuku held a special collaboration campaign with the ultimate soccer anime, Captain Tsubasa, as a way to draw up excitement about the sport!

Those who ordered from the special collaboration menu were able to receive an original Captain Tsubasa coaster!

The enticing collaboration menu was designed with the anime's characters, such as the protagonist, Tsubasa Oozora, in mind. There were so many cute desserts and drinks that patrons couldn't help but take photos!

If you are a Captain Tsubasa fan, you will find yourself grinning at the sight of dishes like the Nankatsu Golden Combi Burger (1,680 yen), Black Taco Rice (1,200 yen), and Colorful Rainbow Pasta - Red Cap - (1,450 yen).

*All the prices are before tax.

The Ball wa Tomodachi! Colorful Tart (950 yen plus tax) was made with Tsubasa's signature line, "Ball wa tomodachi, kowakunai yo" ("The ball is my friend and not scary"), in mind. It featured a soccer ball in the middle of a field surrounded by other desserts and decorated with mousse.

The character Wakabayashi, who is highly regarded as the Super Great Goal Keeper, had his cap presented as a strawberry-flavored mascarpone cheese mousse cake in this dish, the S.G.G.K Strawberry Mousse (900 yen plus tax).

The Captain Tsubasa x Fruity Heavenly - Fruits Mix - was a set of drinks inspired by the signature colors of the major characters (800 yen plus tax).

Harajuku is a colorful and eccentric town that takes in the fashion and culture of the world and turns it into its own original style, just like a monster that eats everything and expands! This cafe is the manifestation of such a monster. You will get to see a new side to Tokyo that cannot be found elsewhere!

Although the collaboration is now over, there is still a huge list of things to do and places to see in Harajuku. The below articles illustrate just a couple of examples!

Finally, if you want to give feedback on any of our articles, you have an idea that you'd really like to see come to life, or you just have a question on Japan, hit us up on our Facebook, Twitter, or tell us through this Google Form!