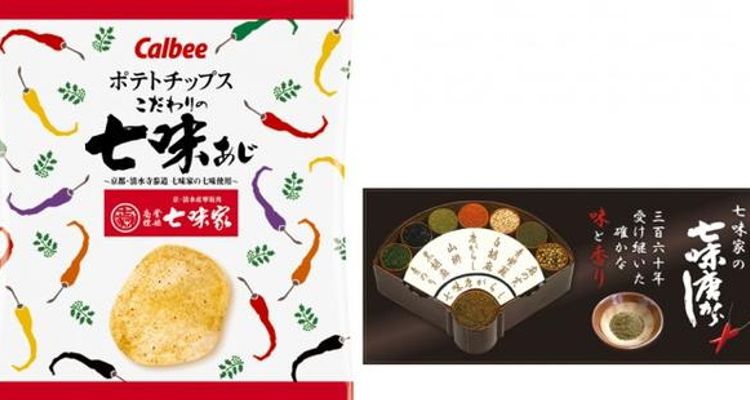 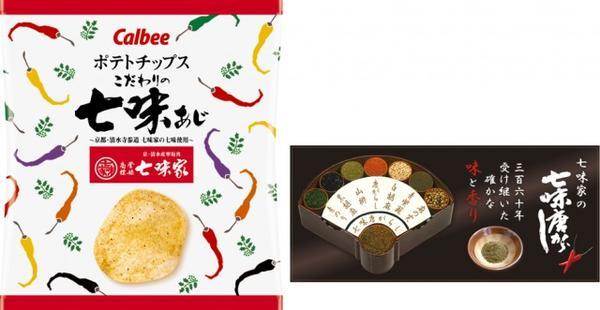 All the Details on Calbee’s Japan-exclusive Spicy Potato Chips

Fans of potato chips, rejoice! The famous snack manufacturer, Calbee, collaborated with Shimichiya - a long-standing store in Kyoto that’s famed for its delicious shichimi (spice mix with 7 different ingredients) - to create shichimi-flavored potato chips! This delicious flavor launched across the country for a limited period, starting from May 28, 2018 and ending at the beginning of July. Although it’s no longer for sale, you may be able to purchase it online from a third party, so here are all the details on it!

The famous snack manufacturer, Calbee, collaborated with Shimichiya - a well-established store that’s famous for their shichimi - to create shichimi-flavored potato chips. This flavor was available in convenience stores across Japan for a limited period of time.

Located on the approach to Kiyomizu Temple (Kiyomizu-dera) in Kyoto, Shichimiya is known as one of the top 3 shichimi producers in Japan and was founded in 1655. The shichimi made by them consists of a delicious combination of chili, sansho (Japanese pepper), black and white sesame seeds, perilla leaves, dried seaweed, and hemp seeds. The sansho wonderfully accentuates the shichimi and is the secret behind its refined spiciness.

This flavor of potato chips was first exclusively launched in the Kansai region of Japan in 2004. Its popularity led to it being sold in specific amounts and for set periods of time in other regions of Japan until 2014. Calbee decided to re-release it nationwide due to its popularity and demand. Obviously, it was met with resounding applause.

The crispy texture, alongside the spicy sansho flavor, will no doubt have you craving for more. These spicy potato chips are a perfect snack to enjoy during this hot and humid season! If you can find someone selling it, definitely give it a try.