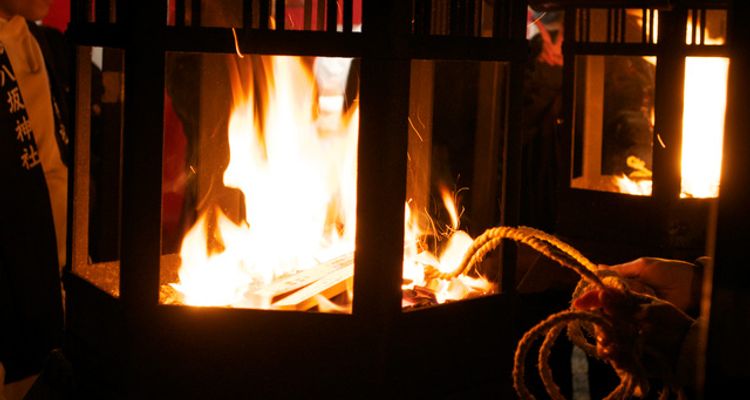 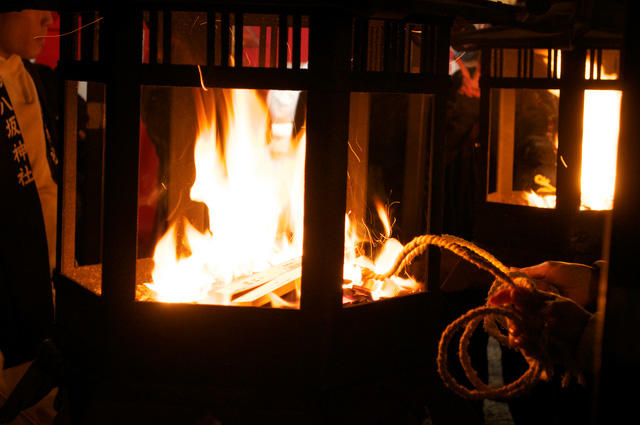 Join the locals in a traditional New Year’s Eve ritual in Kyoto, Japan that involves taking fire home to make sure you're blessed for the upcoming year.

When it comes to choosing where to spend the last day of the year, many would prefer a city where the festivities are usually merrier than in a little town. For those who want to stay around a major city, but at the same time are looking for a local and traditional celebration, then head to Kyoto.

The traditional New Year’s Eve celebration known as Okera-Mairi is held annually to pray for good health for the coming year.

This ritual is held at Yasaka Shrine from 7pm on the 31st of December until sunrise at about 5am the next day. The climax of the whole ritual usually is between the last hour of the year and the first hour of the New Year, from about 11pm to 1am.

The name of the ritual, "Okera," refers to a kind of medical herb called "Atractylis Ovata." The locals believed the herb is able to cast away all the bad and evil energy throughout the year, and it will bless the following year with good health and longevity. At the shrine, the herb’s roots are torched by fire to create watch fires known as "kagaribi."

There is the custom of people taking back some of the embers of this fire to their homes. It is believed that if you use these embers to make a fire at home and prepare zoni - a broth containing vegetables, chicken and mochi rice cakes - which is a representative New Year cuisine served in Japan, or to light the candle of the household altar, you can spend a year in peace.

In order to take this fire home, bamboo ropes are kindled with the herbal root fire and these ropes must be swung around constantly so that the fire will not go out. The numerous red flames burning at the very end of the ropes form a symbolic spectacle of New Year's Eve in Kyoto.

Once "Joya-sai," or New Year's Eve ritual was finished, sacred fires were lit on three "Tooro" lanterns in the precincts. Visitors holding "Kitcho-nawa," or ropes made of bamboo fibers, in their hands kindled the tips of the ropes, then took them home carefully so the delicate embers would not burn out.

wkdfestivalsaijiki.blogspot.it  (from a Kyoto Shimbun newspaper report on the festival in 2006)