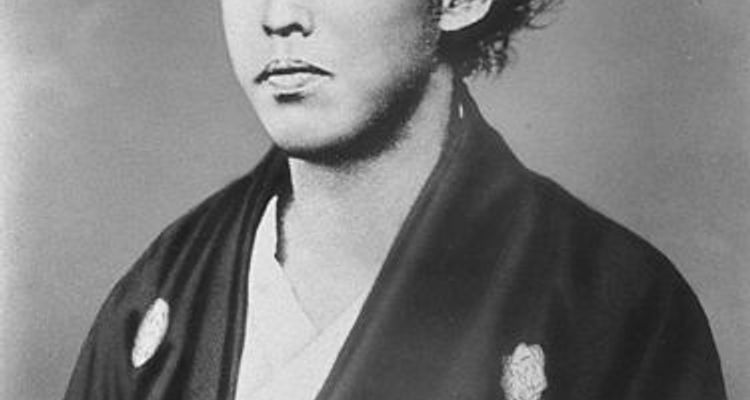 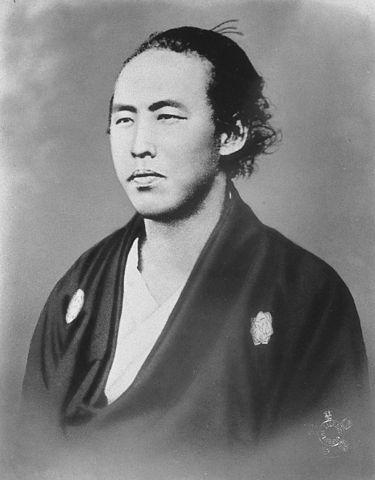 Biographies of the people involved in the Bakumatsu/Meiji era

These are some of the important people involved in the Bakumatsu (the end of the Tokugawa shogunate) and the Meiji era (Sept 8. 1968 - July 30, 1912). As far as I know, some of this isn't common knowledge even in Japan.

What is the Meiji Restoration?

Advanced techniques from foreign countries were adopted without delay, and we recognized that we stepped forward 100 steps because of Westernization.
However, if you were to say if it actively affected the majority of Japanese people, that is a resounding no.

The power of the state came to an agreement over the entire country and the modernization was advanced by force.
The model taken from the West like democratic thought was thoroughly oppressed and eliminated.

This was the state power's bureaucracy, and it casts a great shadow over today's Japan.
Especially in regards to Japan's compulsory education; in comparison to foreign countries, the modern history and moral education curriculums are horribly censored.

As I learned about Japanese moden history, I often thought "how would today's Japan change had this person lived out his natural life span?" He was tangled up with a lot of people at the time, and was completely devoted to the imperialism doctrine against advocating reverence to the Emperor and the expulsion of foreigners.

He removed the existing thought doctrine, established his own democratic ideology, and his famous Eight Point Program Composed Aboard Ship, a document that served as the foundation of the new Meiji government.

Sakamoto Ryōma (January 3, 1836 – December 10, 1867) was a prominent figure in the movement to overthrow the Tokugawa shogunate during the Bakumatsu period in Japan. One of his most noted accomplishments during this period was the negotiation of peace between Chōshū and Satsuma, two powerful provinces that had long been hostile to each other, and then unite them against the Bakufu, the government that supported the Tokugawa shogun. Ryōma frequently used the alias Saidani Umetarō during this period, as he was often hunted by Bakufu supporters, such as members of the Shinsengumi. He was ultimately attacked and murdered, along with his companion Nakaoka Shintarō, at an inn in Kyoto. He was 31. This is one person that Japanese modern history considerably distorts.
They say that he violated the policy of conquering Korea by military force and was overthrown, he agitated the Satsuma samurai family, and that he was the traitor that incited the Satsuma Rebellion.
However, the truth is completely different, so much so that I can make a list.

Saigou himself was so good at the art of war that they called him the God of War, but in the middle of the Satsuma Rebellion, while he was riding with Kirino Toshiaki and others, it seems that he couldn't give out proper instructions.
I wonder why that was? In short, the man named Saigou Takamori was that sort of person. While he was a shogunate retainer, he fulfilled a supporting but indispensable role for Sakamoto Ryoma.
You could probably say that he was the greatest man of the Edo Castle bloodless capitulation or possibly even of the whole Bakumatsu era.

If he hadn't been there, under the guidance of the great power of the House of Tokugawa, we might have lived idly for a very long time.
Japan's modernization probably would have been greatly delayed.

He was Katsu Kaishuu's teacher, and he saw through the might of the great powers of Western Europe without delay. He also called upon the argument for radically opening Japan to the world. He's a great man whose heavy influence remained on many of the Bakumatsu patriots.

However, his personality was rather overconfident and haughty. His likes and dislikes of people were tempestuous, and it's said that he had a disposition for extremity.
That personality was a calamity, and afterwards he was assassinated by the group advocating reverence for the Emperor and the explusion of foreigners. He was 54.

He was Sakuma Shouzan's pupil, and afterwards became the mental prop of the group of patriots from Choushuu called the Choushuubatsu such as Takasugi Shinsaku, Kido Takayoshi, Kusaka Genzui, Itou Hirobumi, and others. He was also the driving force behind the restoration changing the world.
He was a great man whose ideologies were especially influential.

This person might be the only one in Japanese history whose really threw himself away to become the true "patrotic patriot."
That's why so many patriots gathered around him.

He was imprisoned for the crime of conspiracy to overthrow the shogunate, and was decapitated at age 30.
His death poem was "Parental love exceeds one’s love for his parents. How will they take the tidings of today?"

He underwent Sakamoto Ryoma's training, and then translated the French thinker Rousseau's social contract theory into Japanese.
He was actively connected to the revision of the "social-contract theory," and was called the Orient's Rousseau. He was highly influential on Tosa's politicians, and was the representative thinker of the early days of the Meiji era. This person was shocked by the might of the Western great powers, and he promptly took in their ideas and discussions about capitalism and economics.
Without entering the top management of the shogunate, he established the Keio private school and published "The Recommendations of Learning."

He's a great person who, as a citizen, achieved amazing deeds like developing various ideological points of view into an enlightenment movement.
He's also a person who has contributed on a grand scale to Japan's modernization (comprising of raising the standard for intellectualism.)

More than being a politician, as a soldier his various excellent military achievements have gone down in history.
He tied Japan back together quickly when it was in a state of upheaval, so he has done great meritorious service.

I wonder how democratic movements in the future will be? The implications of considerable political strife and hegemonic disputes within the government are strong.
It seems like when there are terror attacks, you can say "Itagaki may die, but liberty never will."
I think that the ability of the government is just one thing after another. After the Meiji Restoration, he had drifted very far apart from his own ideals and was tired out from a foolish power struggle. Without going into much detail, he closed his lifetime shut as though he was withering.

If he wasn't around during the Bakumatsu era, I think it hardly would have actively affected the Choshuubatsu's political restoration. I think this person was a double-edged sword.
If he hadn't been around, Japan's rapid modernization wouldn't have happened.
But without his excellent leadership skills, there's a possibility that Japan would have fallen into a large-scale civil war.

However, in regards to the effects of his forcible Westernization and modernization on current-day Japan, the truth is that he's the main culprit for the pain inflicted on various nations.
After he created the powerful Ministry of Home Affairs concession, there was recklessness on a large scale and Japan at one point suffered a crisis of being a ruined country.