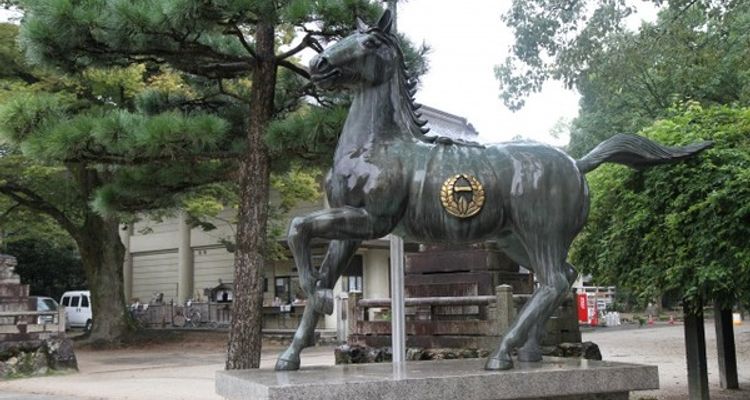 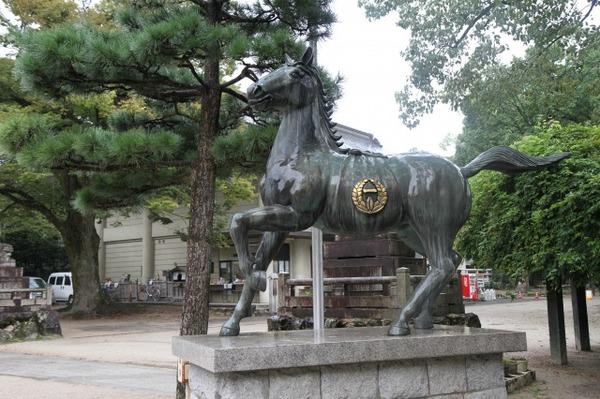 [Local College Students Introduce] There seem to be a lot of people out there who, despite being interested in temples and shines, find them difficult to approach or don't quite know what to look at when they visit. That's why local college students in Kyoto created this series of beginner's guides to animal-related shrines! This article will introduce Fujinomori Shrine (Fujinomori Jinja), which houses the guardian deity of horses. What kind of shrine could it be?

Located in Fushimi, which is home to many other famous temples and shrines like Fushimi Inari Shrine (Fushimi Inari Taisha), Fujinomori Shrine is one of the most prominent old shrines in Japan, with a long history of around 1,800 years. The enshrined god deals with military arts and is known for bringing about victory. It is said to improve luck at winning. For that reason, many samurai and members of the royal court have worshipped at this shrine.

In recent years, there's been increased attention on the shrine thanks to a game that features Tsurumaru Kuninaga - a treasured sword that is related to the shrine. The level of interest has been particularly high among young women!

The first place of interest at the shrine is the Treasure Hall (Homotsu-den), where the treasures of the shrine are on display.

The treasures are mostly weapons and armor. Not just swords, but even heavy weapons are on display!

The Murasaki Ito Odoshi Oyoroi, in particular, is a must-see, as it's a designated national treasure. Despite being around 700 years old, the armor is in pristine condition, looking just as elegant as it did all those years ago.

Every year on the 5th of May, the Fujinomori Festival (Fujinomori Matsuri) is held at the shrine. This festival is famous for an event called "Kakeuma Shinji". During the event, participants show off various skills while riding on horseback. Due to this, the enshrined god is also said to be the guardian deity of horses. This event is especially popular with people in the horse-racing industry and horse-racing fans.

Because of this event, you'll find many areas of interest around the shrine that are related to horses, such as sculptures of sacred horses and ema (small wooden plaques with wishes written on them) that boast of Kyoto's long history.

The Horse Museum located within the Treasure Hall is a real masterpiece. An impressive collection of horse figures, including items from the Chief Priest's personal collection, are on display.

The variety is staggering. Traditional craft items like Fushimi Ningyo and Edo Hariko are a given, but the collection even includes items from all over the world, such as from China, southeast Asia, and Europe.

Each figure has unique characteristics that reflect its country of origin. You could spend a lot of time looking at them!

Must-See Spots Within the Shrine

There are many interesting areas within the shrine compounds to explore! Fuji no Mizu, pictured above, is sacred water that is said to help with ensuring lasting military success and academic improvement, as well as improve luck in winning. Its name stems from it being described as "water that is incomparably delicious". There are many worshipers who come here just for the water!

There's a secret behind this ordinary-looking stone torii (gate). Calligraphy of the words "Fujinomori Daimyojin" was written by Emperor Go-mizunoo (the 108th Emperor of Japan) and hung on the torii. Since the calligraphy was written by the emperor, those who passed under the gate needed to ensure that they did so with respect. Those on horseback would get off their horse and walk, and those carrying spears would put down their spears.

However, the calligraphy went missing during the chaos at the end of the Edo period (1603 – 1868) and has not been replaced till this day.

Pictured above is the Kamu Yoroi-zo (Sacred Armor Sculpture). In Japan, it's customary to decorate figures of warriors on the 5th of May, as the god of Fujinomori Shrine is said to reside within them. This sculpture was erected as a symbol of that.

There's also the Hatazuka, which is the spot that's thought to be where this shrine started, and also the Kaheshi Ishi (Kaheshi Stone) that's used to test one's strength. Do take the time to walk around and discover everything!

Once you've looked around the main hall and explored the shrine compounds, it's time to shop for some souvenirs!

There are fortune slips shaped like horses (500 yen) and Kakeuma Mamori (1,000 yen) - charms meant to improve luck in winning - that you can buy. The abundance of horse-related charms is a unique characteristic of this shrine.

The Kaiun Yakuyoke Mamori is a recommended item. It symbolizes the use of a sword to bring about luck by cutting away misfortune. Its shape, which is of a sword, makes it look really cool!

Doesn't Fujinomori Shrine sound like an interesting place to visit? It's also famous for the hydrangea flowers in its compounds. Come visit this shrine that's surrounded by nature and experience it for yourself!