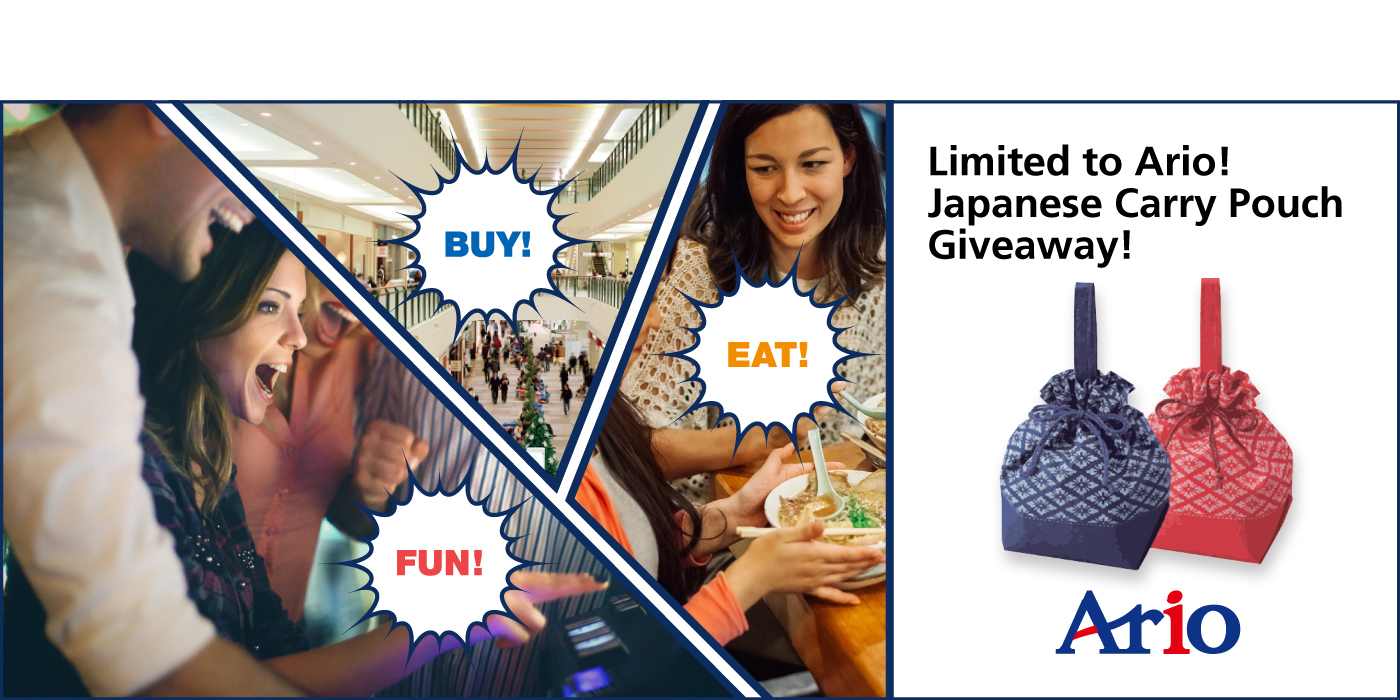 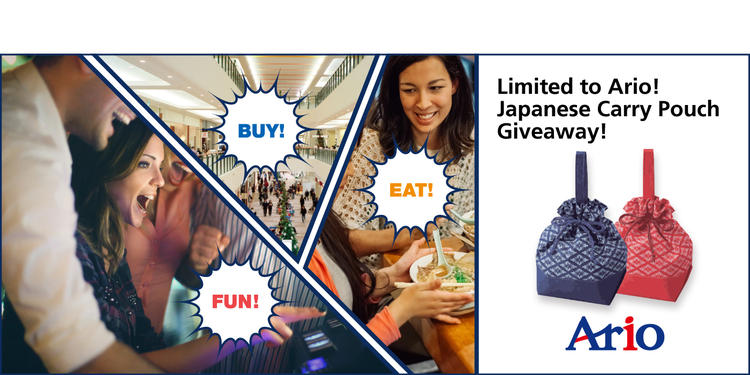 In association with Ito-Yokado department stores, Ario is bringing fashion, lifestyle goods, and restaurants together under a single large shopping center. Filled with unique specialty stores and recognized as a place for tourists to indulge in activities like shopping and trying good food, there are currently 18 Ario shopping centers across the country.

Let's have a closer look at these shopping centers, and we will also share some coupons for the savvy shoppers out there.

Bring this coupon to a participating Ario shopping center to receive a Japanese carry pouch!

* This coupon is only available in Traditional Chinese. 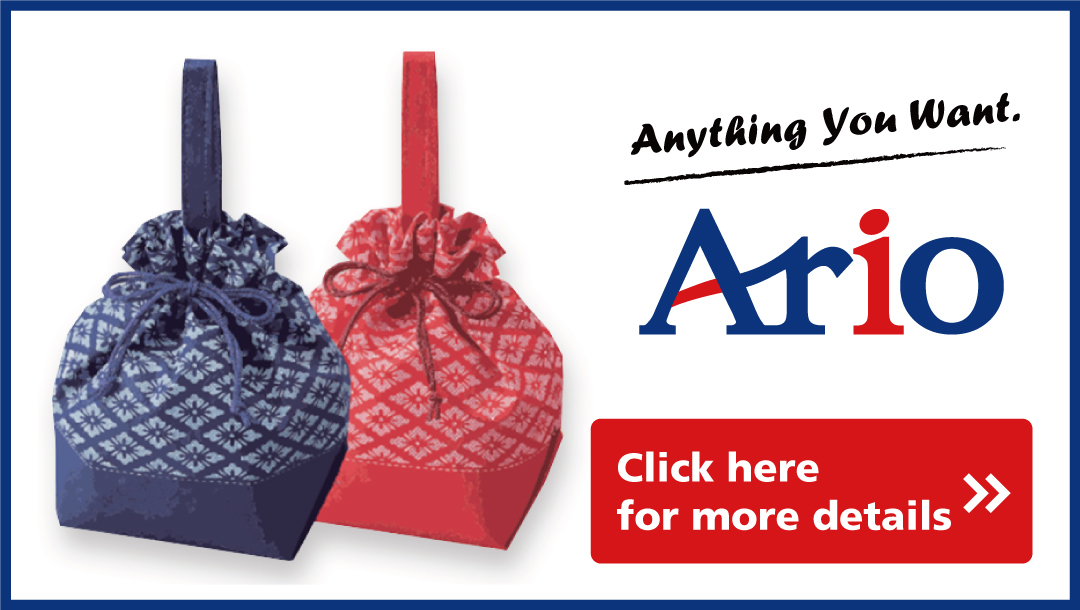 There are a total of 18 Ario stores all over Japan. Please look out for the store closest to you and drop by when you get a chance!

Ario Kasai (not participating in this campaign)

Ario Sendaiizumi (not participating in this campaign)