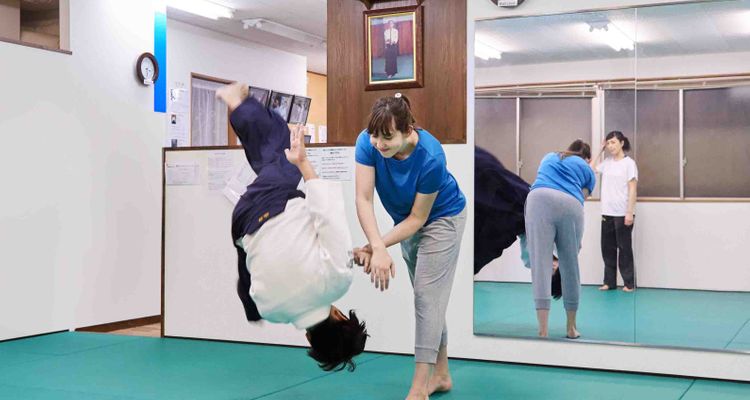 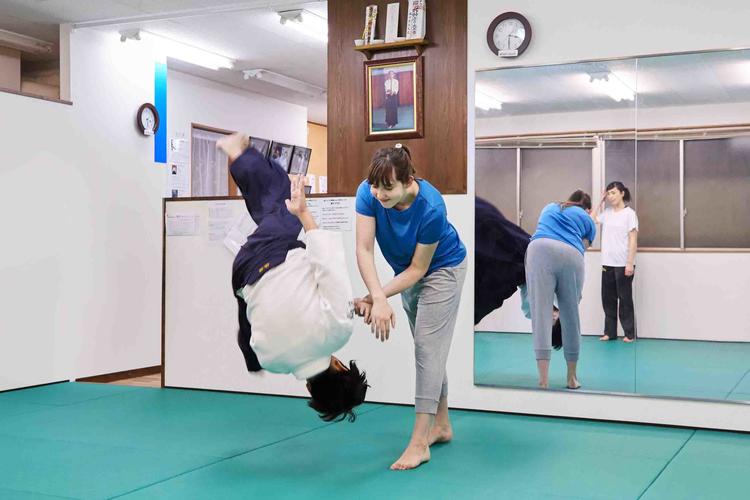 Anyone Can Learn This Japanese Martial Art! Dive Into Japanese Tradition With Aikido Classes in Tokyo

[Readers' Discount Included!] If you came to Japan to indulge in its unique culture and traditions, then trying out aikido – a unique Japanese martial art – is a must! We’ll be introducing one particular class where you can learn from Masahiro Shioda – the grandson of the world-famous aikido master, Gozo Shioda. In just one day, you’ll learn enough to wow everyone back home!

*This article was written in collaboration with WOW! JAPAN Experience +.

Aikido is a traditional Japanese martial art that's widely practiced all over the world. Unlike most martial arts, it is holistic in the sense that it focuses on improving one's physical and mental fortitude. It is unique for being non-agressive, as you are deflecting attacks instead of initiating them. Regardless of size, gender, or age, anyone can become proficient in it.

Every part of aikido is steeped in Japanese culture and tradition. For example, it requires being extremely considerate of your opponent to successfully deflect their attacks, which stems from Japanese culture. It is an amazing way to get a feel for how Japanese people think and what Japanese culture is like.

Q: Thank you for agreeing to interview with us today. What were your first impressions on this aikido class?

A: I was really scared! I've never been someone athletic and I'm obviously female, so I was worried about being able to do all those flips and twists that I saw online. But I worked up my courage and jumped in!

Q: And were you able to succeed?

A: Well, let's start from the beginning. I was accompanied by my TOMO...

TOMO refers to the interpreter that will be by your side through every step of the process. If you can't communicate in Japanese, they will handle that for you. Vice versa if the instructor can't speak English.

However, they play a bigger role than just acting as an interpreter. "Tomo" in Japanese generally carries two meanings:

All TOMOs live up to both meanings. They're experienced in whatever you sign up to do, so they'll teach you tips, tricks, and additional facts on the culture and history behind the activity. TOMOs will also cheer you on, get everyone excited, and make your experience a million times better.

Experience the Most Thorough Stretch of Your Life!

A: One of the first things we did was stretching. I felt like I stretched muscles that I didn't even know were there! It was really relaxing, kind of like doing yoga.

A: It was a lot more thorough than I expected it to be! Without my TOMO there to explain what exactly I needed to do, I would've been lost.

The Proper Way to Bow, Japanese-style

A: Apparently, the custom is to pay our respects to the founder of the dojo and our instructor by bowing down, Japanese-style, before the class actually begins. I was worried about disrespecting them since I didn't know how to bow like that... but they taught me how to do it correctly, so it went fine!

A: My TOMO told me that the founder, Gozo Shioda, was such an amazing aikido master that the Mike Tyson flew all the way to Japan just to meet with him! He also met with Robert Kennedy. I can't believe I'm learning under such a legend's grandson!

Watch and Learn From the Experts!

Q: Everyone talks about how aikido is supposed to be non-violent. After this class, what do you think about that?

A: I'd say that while it involves very little strength, the results can be explosive. They put on a show for us, and it was so incredible that my jaw dropped!

A: In a split second, he grabbed the seme (attacker)...

A: And down he went! I remember thinking, "I certainly wasn't expecting aikido to be like that!"

Become a Rock by Learning This Stance

Q: What is one of the most important things you learned?

A: Posture and balance is everything. The teacher taught us one of the fundamental stances of aikido, which requires both. It basically makes it nearly impossible for anyone to move us, even with force! My classmate, Erika, tried to pull me... but she couldn't!

Q: Tell me about the best part of the lesson.

A: Well, that's easy. It's when I flipped the teacher over just by lightly pushing on his hand! He's a guy, so I thought that it'd be really difficult.

A: Following the kote-gaeshi (wrist turning technique) that they taught me, I gently grasped his hand...

A: Put a little bit of strength...

A: And flipped him over! He felt really light, almost like a feather! It requires a lot less effort than I expected, so I think even children will be able to learn it!

Martial Arts is All About Respect

A: At the end, we had to pay our respects to the founder and the instructor again. However, this time, we also thanked each other. We bonded a lot in such a short amount of time... I guess that's what happens when you learn and sweat together!

Thoughts on the Class

N: In conclusion, I did manage to flip someone over! I owe everything to the friendliness of the instructor and my wonderful TOMO, who helped me calm down and succeed in my goal.

N: Aikido may be a martial art, but I really believe that anyone can do it, regardless of age or stature. More importantly, it's a chance to learn a new skill, gain some insight into Japanese culture, make friends, exercise, and have fun! I'd love to go back for a second... or third round!

You will be undertaking a class at Shioda Aikido Club, which is in Toyocho, Tokyo. It's a easy 7-minute walk from Toyocho Station. Its blue exterior makes it easily recognizable, even from a distance.

Most of the time, you will actually be meeting with your TOMO at the train station. They will then help guide you to the dojo.

Masahiro Shioda is one of the grandsons of Gozo Shioda. After his training, he began to spread aikido all over the world - following in his father's footsteps - through teaching aikido classes. He has appeared on various media, such as TV and magazines.

You can get 5% off if you enter the following coupon code in the payment screen:

This aikido class is always in high demand, so be sure to reserve your spot early! Even though it's only 1.5 hours, you're sure to learn a lot and have tons of fun. It's an interesting traditional activity of Japan that's suitable for all sorts of people.