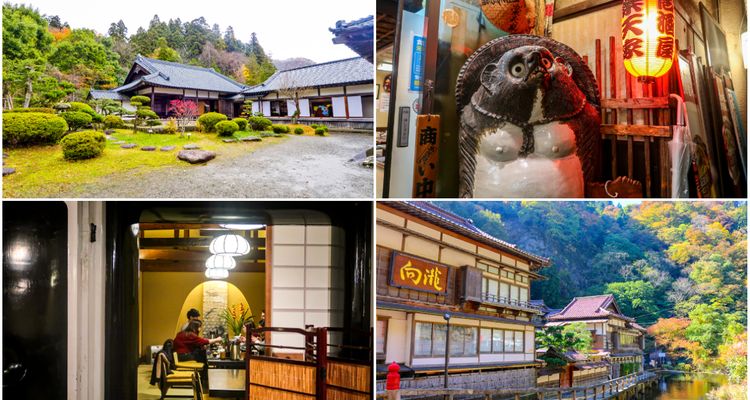 Are you a fan of traditional Japanese towns like Kyoto? If so, you absolutely need to visit Aizu-Wakamatsu City in Fukushima Prefecture, which has a rich history and beautiful traditional streetscape. In this article, we introduce this samurai city’s history, top things to do, and how to get there, and make a case for why we believe you should definitely visit Aizu-Wakamatsu if you happen to visit Fukushima Prefecture.

Aizu-Wakamatsu City is the main city in the Aizu region, located in western Fukushima Prefecture, as well as one of the largest cities in the entire prefecture. A former castle town, it is known as the “samurai city” to the Japanese as it is filled with numerous samurai legacies that anyone can explore today. The area has a wealth of nature courtesy of the nearby Mt. Bandai and Lake Inawashiro, which has helped the city’s sake brewing industry thrive over the years.

How to Get to Aizu-Wakamatsu From Tokyo

Best Things to Do in Aizu-Wakamatsu

Eat and Drink Your Way Through Nanokamachi/Nanukamachi Street

Ask anyone who’s been to Aizu-Wakamatsu if they’ve been to Nanokamachi Street (also known as Nanukamachi Street). Many of them are likely to say yes, because that’s how famous this street is. This 1.9 km street that starts from Nanukamachi Station is iconic for its retro landscape outfitted by traditional Japanese buildings that house a plethora of shops, eating and drinking establishments, and even sake breweries. No visit to Aizu-Wakamatsu is complete without shopping, eating, and drinking your way through the area!

When we traveled to Aizu-Wakamatsu City, we knew we wanted to do just that. However, we didn’t know where to start. So, we decided to book a foodie tour online that would take us to all the best food and drink establishments, and the result was a smashing success. Here were the places we visited:

Shibukawa Donya is a well-known restaurant on Nanokamachi Street that specializes in serving traditional, regional cuisine.

Fittingly, it is housed within a building that has won multiple awards for its architectural beauty and has a past. The building is actually an amalgamation of multiple historical buildings, including a kura (traditional Japanese warehouse) built in the Meiji Period (1868 - 1912) and a wooden house constructed in the Taisho Period (1912 - 1926). We were stunned when we saw the beautiful outside, but even more amazed when we stepped inside to see the traditional Japanese interior, complete with an irori (traditional Japanese sunken hearth).

On the tour, we were treated to the Tsuru Course (2,200 yen), consisting of a variety of local dishes that we had never tried before. Many of these dishes used dried fish, a long-time staple of Aizu-Wakamatsu City due to how far the city is from the sea as well as a specialty of Shibukawa Donya, which was once a seafood wholesaler during the Meiji Period. The drying process enhanced the umami of the fish, making it even tastier. Another group favorite was the tempura, which was light and crispy. Its texture alone was satisfying enough, but it was brought to a whole new level by the matcha salt which, according to our tour guide, was how the Japanese knew if a restaurant was high-class or not.

By the end of our meal, both our eyes and stomachs were satisfied. If you're looking to dine in style at some incredibly reasonable prices, Shibukawa Donya is a must-visit!

Rakutenka is an izakaya (Japanese tavern) that stands out at first glance for the giant tanuki (Japanese raccoon dog) statue at its entrance. Though the outside was rather dark, when we stepped in, we were almost blinded by the bright, atmospheric interior. That's when we knew we were in for a good time.

Established in 1987, this long-standing izakaya is well loved by the locals for its reasonable prices, incredibly friendly staff, and large drink menu. Of course, we got to taste test several kinds of Japanese sake from the giant menu, but the highlight of our visit was actually one of the appetizers: basashi (horse sashimi)!

Many of us had never tried basashi before, while others had and were put off by the gamey taste. However, the basashi at this izakaya came with a special spicy miso sauce that was so delicious with the basashi, we couldn't stop eating it! The guide told us that the reason why it was so delicious was because the sauce had garlic in it. This was an Aizu secret to delicious spicy miso sauce. We loved it so much, we ended up buying the sauce from a souvenir shop before leaving Aizu-Wakamatsu!

This long-established cafe is housed inside an old kura (traditional Japanese warehouse) that was built in 1879. As if that wasn't amazing enough, when we went inside, we were stunned by the gorgeous retro interior, outfitted with various antique items as well as a giant 4-meter-tall Kannon statue propped on one corner of the cafe. Some of the windows were even made of stained glass!

As if the appearance alone wasn't amazing enough, we were then greeted with an extensive dessert menu that looked so good, it was very hard to decide. A popular order was the Apple Tart (450 yen). The apples in the tart were incredibly ripe and fresh—a testament to Fukushima apples, which are actually sold riper than other types of Japanese apples, making them sweeter. Even the other fruits in the other desserts and drinks ordered tasted extremely fresh, delighting our taste buds!

Eating dessert at Kura was the perfect way to end the night. If we have the chance, we'd love to come by and visit again... this time, for breakfast or lunch! Apparently, Kura also has a daytime menu that's sure to satisfy anyone.

We had a blast going to all three of these restaurants together with our cheery English-speaking tour guide, who explained a ton about Aizu-Wakamatsu while we chowed down. Not only did we learn a lot about the local area, but we got to try all sorts of dishes that you can't find overseas or even in other parts of Japan. It was an exciting (and delicious) way to explore the area and make friends. We'd love to come back and try it again!

Aizu Bukeyashiki is the restored residence of a top-ranking Aizu samurai. Though we use the term “residence,” it is not small at all! Aizu Bukeyashiki is actually one of the largest samurai residences you can view not just in Fukushima Prefecture, but all of Japan. The publicly viewable area within the giant complex consists of a whopping 38 rooms in the main building, a tea house, a rice mill, exhibition rooms, and so on. Its size is owed to the fact that it was home to not just the Aizu retainer and his family, but also their employees and servants.

Needless to say, just exploring all the rooms and buildings within this residence is enough for at least half a day of sightseeing. However, if that’s still not enough for you, they have a workshop area where you can try painting traditional samurai-era toys such as the local traditional akabeko as well as an eating area that serves various local specialties.

Walk a short distance from Aizu Bukeyashiki and you’ll stumble upon Oyakuen, a garden so beautiful and traditional that it was designated as a national scenic site in 1932. Its name means “medicinal herb garden” in English, which is fitting as it is home to around 400 different kinds of herbs cultivated over the years. There’s a building called the "Ochayagoten" within the garden where you can sit and savor a matcha set at the same spot as the Aizu feudal lords of the past.

If you need a break from all the hustle and bustle of the center of Aizu-Wakamatsu City, we strongly recommend visiting Oyakuen. The circuit-style garden surrounds a serene pond that reflects the seasonal colors of the beautiful garden. Cherry blossoms in the spring, autumn leaves in the fall—the garden is vibrant throughout the year, hence why the lords of the Aizu Domain back in the day loved it so much. We’re sure you’ll adore it, too.

Established in 1850, Suehiro Sake Brewery is one of the top breweries not just in Aizu-Wakamatsu City, but the entire Tohoku region! Its sake has won multiple awards both domestically and internationally. What makes their sake taste so great is their brewing process, perfected through over a hundred years of experience; the high-quality rice and water of the Aizu area; and the region’s cold inland climate.

If you’re a fan of sake, you’ll be glad to know that you can tour the brewery by joining a guided tour! There are various exhibits that will introduce you to the sake making process as well as the brewery’s history. At the end of the tour, you can even taste test and buy some of their recommended products, and if that’s not enough sake for you, there’s also a cafe where you can savor all kinds of original desserts that incorporate sake!

Soak in the Therapeutic Waters of Higashiyama Onsen

This historical onsen (hot spring) village with over 1,300 years of history is one of the most popular hot spring resorts in the entire Tohoku region. Since it also happens to be extremely close to downtown Aizu-Wakamatsu City, why not consider booking a ryokan (traditional Japanese inn) at Higashiyama Onsen for the duration of your stay?

Feudal lords as well as famous poets and writers in the past would come to Higashiyama Onsen to relax. With the region’s top-quality spring water which is believed to impart several benefits such as helping with various skin diseases and gorgeous natural scenery, we’re sure you’ll leave fully rested as well. There are also many other fun things to do in the onsen village. Apart from shopping at souvenir stores and onsen hopping, there’s a retro shooting alley where you can win prizes by shooting the targets with air guns and you can actually book a geisha/geigi to perform for you through your hotel or ryokan!

Feel the Samurai Spirit at Aizu-Wakamatsu

If you are a big fan of samurai or traditional Japanese architecture, Aizu-Wakamatsu City is a must-visit. It is a city full of spirit, with immense pride for its history and with plenty to offer to all kinds of tourists, regardless of interests. The next time you decide to travel to the Tohoku area, don’t miss out on the samurai city of Aizu-Wakamatsu!