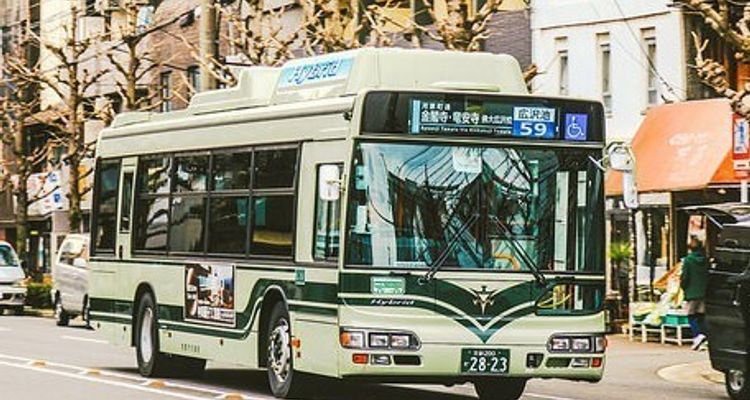 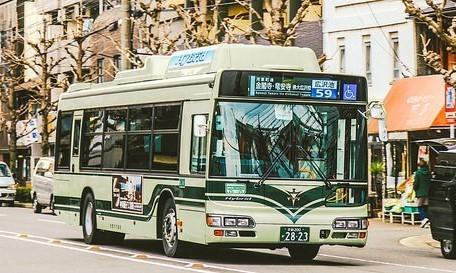 A Beginner's Guide to the Kyoto City Bus System Part 2: How to Read the Destination Indicator & Recommended Sightseeing Routes

[Local College Students Tell All!] The focus this time around is on the destination indicator on the city buses. There are so many numbers and they’re all divided by colors...does this even make sense?! In fact, they all have specific meanings. If you know them then you’ll definitely feel comfortable getting on the bus. In addition to that, here is some bus information that is useful for sightseeing.

Part 1: A Beginner's Guide to the Kyoto City Bus System Part 1: the Basics

The destination indicator is located at the front of the bus. If you look here, you can read various information in addition to the destination!

For example, check out the numbers on the right. You can understand the type of bus depending on the color or the background color of the letters.

If it has white letters on an orange background then it’s the loop bus that circulates within the city center.

If there are words like [快速Rapid] above the numbers then it’s a rapid-service loop bus. Although it’s the same number 205, the rapid doesn’t stop at every bus stop so before you get on the bus, be sure to confirm if it stops at your destined bus stop or not.

If it has white letters on a blue background, then these are flat-rate loop buses that run within the wards. For this type of bus, when it gets to the last stop it usually makes a round trip.

The black letters on a white background are the multi-ward buses. These buses go from the city center to the suburbs and the passenger fare changes based on the ward.

<Trivia> Be careful of these when you’re taking a multi-ward bus!

When taking a multi-ward bus, you must take a boarding ticket. From here you’ll find out just where to get the boarding pass and how to confirm your passenger fare.

When paying the fare in cash, take a boarding ticket from the “A” section of the ticket-issuing machine (the right side of the photo) that’s near the entrance of the bus (boarding is from the back of the bus). If you’re using a magnetic strip card, insert your card into the card reader at the “B” section (the left side of the photo). For IC cards, just touch your card to the “C” section.

If you forget to take a boarding ticket or to read your card, then when you get off you’ll have to pay the fare from the first station on the bus line so please be careful.

Even with the “One-day passenger card” (※), if you go beyond the valid areas then you’ll have to pay the fare from there.

(※) A card valid for one day that lets you ride all the buses within the city as much as you want.

You can understand the destination based on the color! Who knew the line colors had these meanings!

For the Kyoto City buses, in order to easily understand which direction the buses are going, they introduced 6 different line colors. If you can grasp which color corresponds to which direction and sightseeing area then you’ll have a hint at which bus is the right one to take.

There are different colors set up for the main roads that run within the city from south to north. Each line is given a color based on the road.

The color of each line is based on the main tourist attraction or the most prominent scenery in the area.

※The kanji 紫 (murasaki) which means "purple" is in the name Murasakino.

◎ Horikawa-dori: [Green] Based off the greenery of the trees that run along the roadside in the northern area as well as the greenery at Nijo-jo Castle.

◎ Kawaramachi-dori: [Blue] Based off the water at the Kamo River and Takase River.

◎ Higashiyama-dori: [Red] Based off the tower gates at Yasaka Jinja Shrine and the torii (Shinto shrine archways) at Heian Jingu Shrine.

You will be able to understand the color for each bus line if you look at the destination indicator. What you should pay attention to is the color of the vertical line on the left side. The line on this number 28 bus is green so you can confirm that it’s a bus that runs through Horikawa-dori.

The number 201 bus is red so you’ll know that it primarily runs through Higashiyama-dori. However, since it’s a loop bus, it also runs to Senbon-dori. The buses like these that run through several roads are given the color of the road that they travel the longest distance on.

※Please note that there are some lines that have no line color.

Easy access to the main tourist attractions! What is the Raku Bus 100-series?

Although you can get lots of information from the destination indicator, managing and making sense of it does seem a bit difficult... If you feel that way then the Raku Bus is recommended for you.

Beginning with World Heritage sites, you can go around the main tourist sites smoothly and speedily using this bus which specializes in sightseeing. They have brilliant, flashy designs with colors that differ based on the destination and make it so that foreign tourists can recognize them in a single glance.

All are available to ride via a flat bus fare. Of course, you can also use a one-day bus pass.

Although there are many bus lines and it’s a bit complex, the bus system has been devised to that even tourists can ride without losing their way. There are also buses that are convenient for sightseeing and shopping so please make use of them.