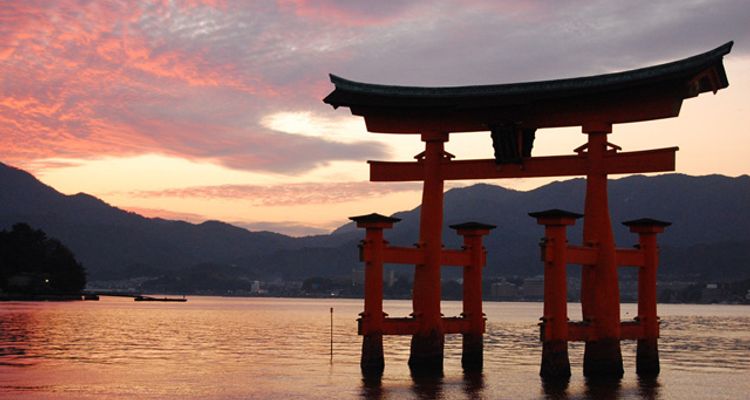 9 Things to Do in Hiroshima

Hiroshima has plenty of things to do and delicious food to eat. Here are some things you should definitely add to your itinerary while in Hiroshima.

**We've created an updated version of this article! Now it has even more things to add to your Hiroshima bucket list. The Hiroshima Peace Memorial, also known as the Atomic Bomb Dome, is a reminder of the horrors of nuclear bombs and war and has become a symbol of Hiroshima. The building was destroyed by the thousand degree strong wind that the bomb blasted Hiroshima with. Currently, it's registered as a UNESCO World Heritage site and it continues to appeal for world peace. At night it's lit up and becomes a wondrous yet sad sight. The Hiroshima Peace Memorial Museum, opened in 1955, exhibits artifacts and documents contributed by A-bomb victims. This museum was built with the hopes that the devastation caused by the bomb will never occur again. It's a place that teaches you that knowing about the past will help make humans more peaceful. Please visit. The Peace Memorial Park, built as a prayer for peace, is the biggest park in Hiroshima and is near the bomb's ground zero. Within the park sits the Museum and the memorial, so the entire area is a call for world peace. When you reach Hiroshima, you should first come to this park and pray for peace with the citizens.

4. Ride the ferry to Miyajima There are two types of ferries that go to Miyajima: the red JR Ferry and the blue Matsudai Kisen ferry. The Matsudai Kisen ferry goes straight there, so you can reach Miyajima in a short amount of time. One-way only costs 180 JPY, so since you're there already, why not take one company in and one company out? There isn't much of a chance in daily life to ride ferries, so it's recommended that you enjoy strolling on deck with a friend. Itsukushima Shrine was registered as a UNESCO Cultural Heritage site in 1996, and it's a very popular spot as the symbol of Miyajima. You can walk to the big torii gates that looks like it's floating on the water, and at night the shrine is lit up for an even more mystical image.

This is a cruise that leaves from Hiroshima Port and leisurely goes around the sea of Miyajima for 160 minutes. It's a luxurious experience you'll want to try if you come to Okinawa. The lunch cruise is popular because you can gaze out at the sight of the Seto Inland Sea and Itsukushima Shrine while you eat lunch. The ship has 3 floors, and there's plenty to see. Of course, you can also try their dinner cruise or party events as well.

Closed on Mondays and Tuesdays Even in Kanto, you often hear "Hiroshima-style okonomiyaki," but of course in Hiroshima itself it tastes slightly different. Atop the thinly spread batter, roughly cut cabbage densely packed. It's then topped with meat, tenkasu (crunchy bits of fried dough), seafood, or other toppings. Then, boiled soba noodles that were fried to a crisp is then placed atop the okonomiyaki. Finally, it's crowned with a sunny-side-up egg. Cover it in the sweet sauce often used in western Japan, and enjoy the light, healthy, yet filling meal. Watching them make it right before your eyes is another enjoyment.

Looking for places to eat in Hiroshima? Join the most popular food tour, Hiroshima Bar Hopping Food Tour, and you'll not only be taken to eat some really tasty Hiroshima-style okonomiyaki, but you'll also go around to hidden local izakaya in Hiroshima which tourists find difficult to enter on their own! With this tour, you'll be able to chat with some locals while enjoying authentic Japanese izayaka foods with a round of drinks! Hiroshima Bay is said to be the top producer of oysters in Japan. The clean salt water they grow in is the best condition to produce delicious oysters. The oysters from Hiroshima Bay are small but thick and hardy. They're in season in January to February, but there are also summer oysters you can enjoy, so please try Hiroshima Bay oysters when you visit. Momiji manjuu, a standard souvenir from Miyajima that has a history dating back to 1907, is a very famous snack thanks to how cute and tasty it is. It's so popular that it's not an exaggeration that almost everyone that goes to Hiroshima buys it. In recent years, it's also been popular to batter and fry momiji manjuu for a new kind of sweet that can only be bought at Momijido.