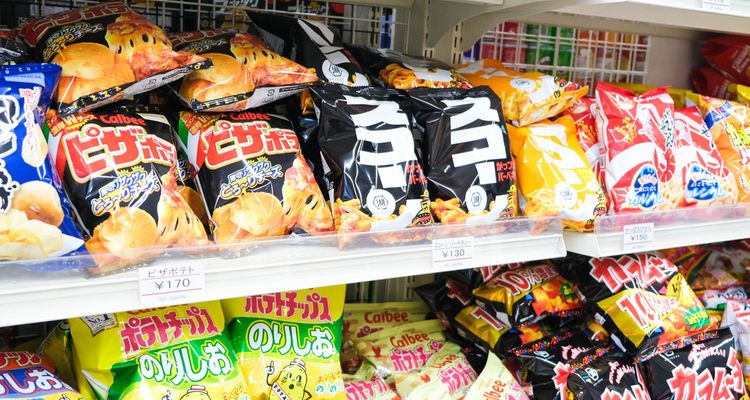 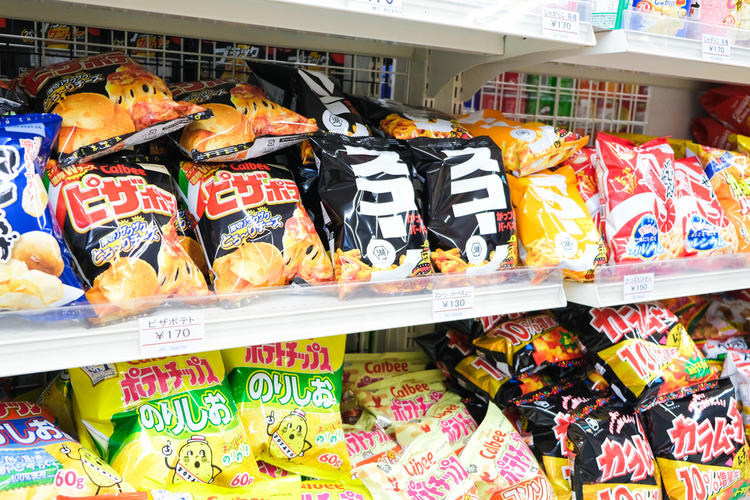 9 Japanese Potato Snacks You Should Try

You're a little hungry for a snack during your stay in Japan. Why not try out these 9 Japanese potato snacks?

Everybody loves potato chips, right? And there are so many flavors: salty, spicy, sweet, sour, the list goes on. Why not try out these 9 Japanese potato snacks? You can basically purchase them from any convenience store, drugstore or supermarket. Some of them are only sold in particular regions. For those types, try using internet shopping sites. Kataage Potato is a bit different from your usual thin potato chips. The pieces are thick and hard enough to chew on. The makers fry the chips in a cauldron, which is the secret to their tastiness. Flavors come in lightly salted, black pepper, seaweed, scorched soy sauce, and plum. Flavors that are only sold in particular regions are Kyushu soy sauce, Kansai dashi soy sauce, and Hokkaido butter & soy sauce. Limited flavors are garlic & soy sauce and crafted chicken & scorched leek. This is a personal favorite. Official site here. Jyagariko are potato chips that are molded into sticks. They are easier and cleaner to eat than potato chips. Flavors come in salad, cheese, potato butter, and tarako butter. Limited flavors are mozzarella cheese, mentaiko cheese monjya, and ume kombu tea, among others. Official site here. Jyaga J use only potatoes made in Hokkaido. Their potato chips are thick and jagged, making them rich in flavor. Each potato chip is packaged. It's a bit pricey, 700 yen for potato chips, but worth your money. Comes in flavors of spice & cheese. Official site in Japanese here. Jyaga Pokkuru are shaped like french fries, and they leave the potato skins on. They use potatoes made in Hokkaido, and salt from the Okhotsk region. Jyaga Pokkuru are sold only in the Hokkaido region, or on the internet. You can also purchase it from their official site. Official site here. Chip Star uses potatoes from Idaho in the United States. They also use less oil, so you can eat it without upsetting your stomach. Flavors come in lightly salted, consomme, seaweed & salt, pizza Margherita, butter & soy sauce, and rich BBQ sauce. Official site in Japanese here. Vegips are technically not potato chips, but vegetable chips. The makers bake the chips in different temperatures according to what vegetable they're baking, so all of the chips are crispy. They are also lighter in calories compared to potato chips. Flavors come in onion & pumpkin & potato, lightly salted, sweet potato & pumpkin, and taro & carrot & burdock, lightly salted. Official site here.

This is a one of a kind potato chip. Bourbon, the makers of Jyaga Choko, coated potato chips with chocolate. It creates a strange mix of salty and sweet. Flavors come in milk chocolate and black chocolate. (The cream cheese flavor shown in the image above is no longer sold.) Official site here.