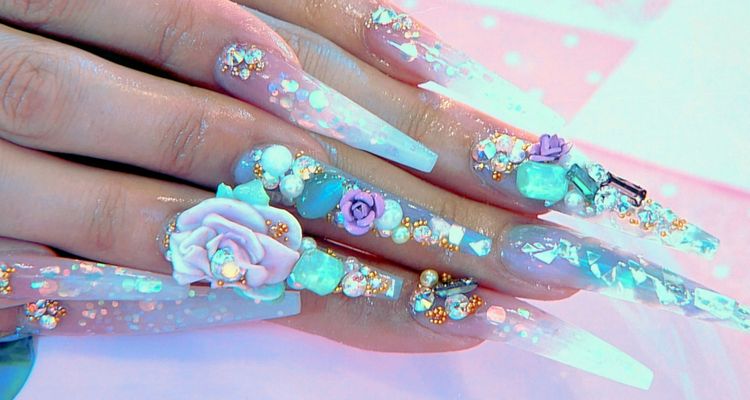 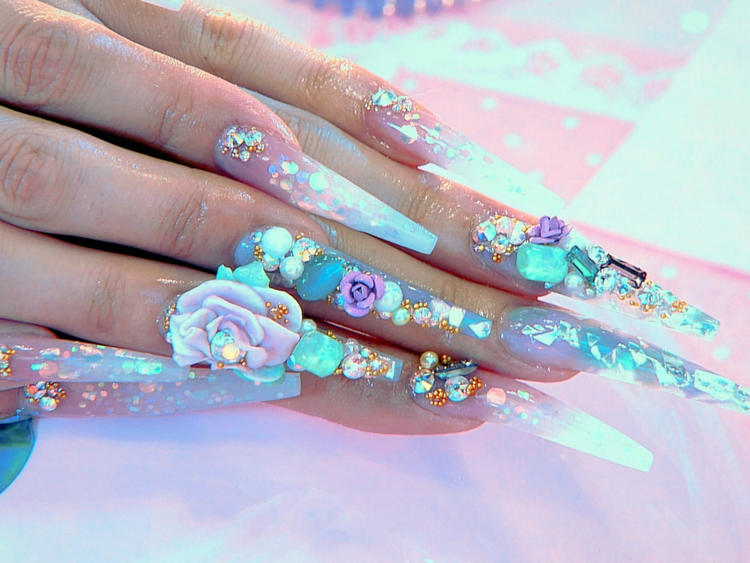 Even though Japanese nail artisans are some of the best in the world, many of the products and techniques they use are kept secret. We were fortunate enough to be invited to the Tokyo Nail Expo 2018, one of the world's largest exhibitions dedicated to nail art, so we decided to take this opportunity to reveal some of their secrets to the public! Get the scoop on 2019 nail trends, super-special Japanese products that will up your nail art game, and more!

A couple of months ago, we were asked to cover the Tokyo Nail Expo 2018. Though we didn't know much about nail art, we knew that some of our readers were big fans, so we agreed to come and see what it was like for ourselves.

Of course, we refused to do so without nabbing some free tickets for all of you! Thank you to everyone who read the below article and applied for a free ticket to the exhibition.

We also wanted to report our findings to all those that couldn't attend the expo, so without further ado: here are the top eight things we learned about Japanese nail art and trends at the exhibition!

All Nail Art Will Look Ugly Without Proper Nail Care!

Our first stop of the day was the Free Trial Corner, where you could get your nails cleaned and buffed professionally. We got there early as we heard that it was so popular in previous years that some people waited for hours! They had priority seating for men, so one of our English editors, D, ended up going first.

They have you fill out a survey (available in Japanese, English, Chinese, and Korean) beforehand so that they can tailor the experience in a way that meets your needs.

While doing his nails, the nail artist gave us a few tips on how to make our nails look good. She stressed that the most important thing was regularly taking care of your nails by pushing your cuticles back, regularly clipping them, and oiling them with some type of moisturizer every day.

Did you know that without doing the above steps, nail polish can glide on unevenly and any small decorations might not stick on properly? Avoid messy nail art by taking good care of your nails!

Here's a bit of Japanese trivia: Apparently, many Japanese men like to get regular nail care services. The reason why is because having polished nails is a sign of being well put-together. The higher up the totem pole you are, the more you'll need to keep that image up!

By the way, the above photo is a before-and-after shot of D's hands. The left side is before the manicure, the right side is afterwards. You can clearly see the difference!

Overseas, nail art is treated like makeup in the sense that it's usually done to make one look good, rather than for artistic appeal or beauty. However, in Japan, nail art is so popular that it has actually become a form of art, with contests and exhibitions held every once in a while.

Throughout the duration of the expo, they were holding a nail art contest under the theme "Japan". Here were our top picks among over 100 contenders:

And here's the winning artwork! Crafted by Saki Danbayashi, it is full of Japanese motifs, such as kimono patterns and folding fans.

While the nail works above were made and submitted before the exhibition, there were several other contests that took place during the two-day expo period, including the world championship for French sculpture nails!

The winner of the world championship turned out to be Mariko Ikematsu, a nailist with over 20 years of experience that also won the professional-level grand championship!

If you want to get your nails done by a world-champion nail artisan, visit the nail salon that she works at, VANILLA (Japanese only), the next time you come to Japan.

Japanese Nail Art Can Be Auctioned Off?

Amazing Japanese nail art pieces or ones thought up of by celebrities have a high enough value to be auctioned off. At the expo, there were displays of nail art pieces designed by celebrities and actually made by top nailists that were eventually going to get sold to raise money for the Pink Ribbon, a charity aimed at spreading breast cancer awareness internationally.

Here's one simple yet sophisticated piece of work that we loved:

Nudes and Reds Are the Top Nail Polish Colors in Japan!

Many companies selling nail or nail art-related products had their own booths set up at the expo! We spotted OPI, a leading nail polish manufacturer in America, and paid them a visit to see if they sold any Japan-only products.

Surprisingly, they did not have any Japan-only nail polishes! Instead, they were selling their newest Fall 2018 Peru Collection for the first time (in Japan) at super-low, expo-only prices.

When we inquired why they didn't have any Japan-only products, the shop staff told us that OPI was considered a mid-range nail brand in Japan, and that Japanese customers came to them because they were looking for Western nail polishes, finishes, and colors.

They also remarked that OPI Japan's best-selling colors were actually nudes and reds. Nudes, as most companies in Japan don't allow their employees to paint their nails crazy colors, and reds because Japanese people consider them great for special occasions. The specific reds in the below picture are incredibly popular in Japan!

Though we weren't able to get our hands on Japan-only products, we did get our nails painted for free! D's nail art was particularly stylish and sophisticated.

You Need to Study and Practice (and Have the Right Products!)

Just like all other forms of art, you need years of studying and practice to get good at doing nails. In fact, most of the people visiting the expo came just to attend the free workshops and classes held by top-class nailists!

We attended one such class, where we found out that you can actually layer fine mesh on top of your nails and paint over it to achieve the really interesting nail patterns in the picture below.

Max Estrada, the American grand champion nailist, also held a workshop where he showcased the products from his brand Exclusive Nail Couture by using them to make the nails in the image below.

Simply wet the brush in some acrylic liquid, pick up some fuss-free colored acrylic powder, pat the mixture onto the nail, and smooth it out! They turn into a gel consistency, so they don't run once on the nail, making it easy to get really good coverage and finish.

If you thought that there was no way for nail polish to evolve, you'd be wrong! There were a ton of stalls at the exhibition, all run by companies trying to show off their newest nail polishes, gadgets, and accessories.

We were particularly intrigued by the Chameleon Gel Polish from Kenzico. In 2016, it made waves on the Japanese media, appearing on huge TV programs like NHK. People couldn't get enough of its color-changing properties: one color in hot temperatures, another in cold!

We took a video so you can see its miraculous properties for yourself:

Kenzico also sells other super unique nail polishes like glow-in-the-dark gel polish! If you want to get your hands on their products, you can try purchasing from their online shop (Japanese only).

We also paid a visit to VETRO, one of Japan's largest gel polish brands. All of their products are made in Japan, and in total, they have around 276 different gel polish colors!

Since they have branches all over the world, we thought that they would have Japan-only colors... but to our surprise, they didn't! They did, however, tell us that they regularly release limited-time colors like the ones in the picture below.

Twice a year, the Japan Nailist Association (JNA) determines the top nail art trend for the next two seasons. For 2019's spring and summer, they announced that it would be "glass nails". But what does this entail?

According to their website, it refers to nail art that evokes Japanese glassware. Crystal clear, with textures and colors that change according to the direction of the light. Below is a picture of what they imagine that to be:

From there, they split the glass nail art trend into four different categories: Morocco Candy, Kiriko Blue, Chinoiserie Milky Jade, and Ryukyu Pastel. You can view images of and read more about the sub-categories of glass nails on JNA's official website, but our favorite was the Ryukyu Pastel, pictured below.

Perhaps the most important lesson we learned about nail art in Japan was that the community behind it was huge. Everyone was excitedly sharing their knowledge with each other, shopping around for the latest products, and generally having a wonderful time.

We even got to meet one of our readers, a lucky woman that won one of the free tickets we were giving out a few months ago!

Overall, it was a great experience that bonded the whole nail art community together, and we highly recommend visiting at least once to experience it all for yourself. Regardless of whether you're a newbie or from overseas, you're sure to have a blast and learn a lot!