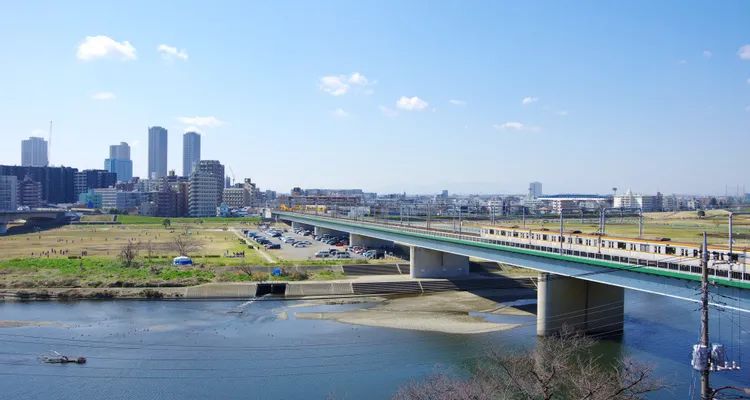 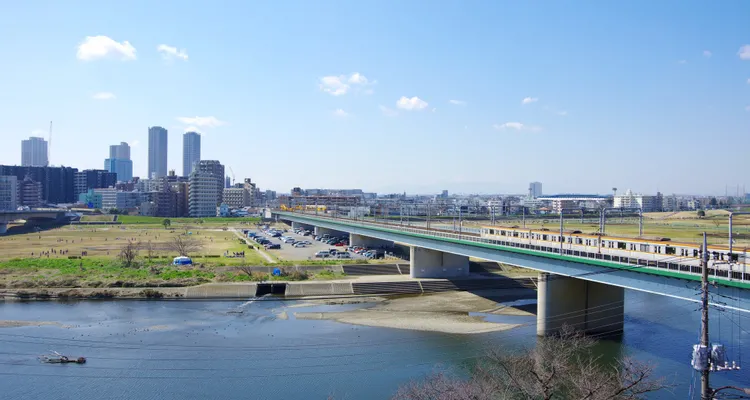 There are many areas along Tokyu Railways' train lines that are perfect for strolling around. From trendy shopping districts to areas that retain an old-fashioned atmosphere and hotels with fantastic views—you can enjoy a whole day discovering these neighborhoods. Here are eight recommended destinations to visit along Tokyu Railways' lines.

*This article is written in collaboration with the Kanto District Transport Bureau, local municipal governments, and local railway companies.

Tokyu Railways is a major private railway company that serves southern Tokyo as well as the cities of Kawasaki and Yokohama in Kanagawa Prefecture. It operates eight lines, including the Toyoko Line, which runs from Shibuya—Tokyo’s leading tourist destination—through Daikanyama and Jiyugaoka to Yokohama in Kanagawa Prefecture. Tokyu trains pass through a variety of different areas, including quiet residential neighborhoods, lively metropolitan centers, and green spaces, so riding on the trains is a great way to enjoy the scenery of Tokyo and Kanagawa Prefectures.

Take a Relaxing Stroll Through the Chic, Stylish Jiyugaoka

Jiyugaoka is an area with shops selling fashion items and other stylish goods. The shops offer trendy products and one-of-a-kind design items, so you may discover something special that cannot be found anywhere else! There are many cafes and confectioneries here that are popular on social media, but outside the main street, Jiyugaoka is a quiet residential neighborhood perfect for walking around in.

Mix With the Locals at Motosumi-Bremen Street Shopping District

Motosumi-Bremen Street Shopping District is a shopping area that stretches for about 550 m from the West Exit of Motosumiyoshi Station. It has been around since 1947, and initially consisted of just 20 shops. It has since grown into a commercial district with about 180 businesses, including shops selling food and other daily necessities as well as restaurants and bars, and is a popular area that is indispensable to local residents. A great place to enjoy shopping and get a glimpse into the lives of local people!

Rokkakubashi Shotengai is a shopping district consisting of the main street, Rokkakubashi Shotengai Odori, and a parallel street, Rokkakubashi Shotengai Fureai Dori. The shopping district started when a black market that had operated in front of Hakuraku Station during the post-war period (after 1945) relocated en masse. Today, there are about 160 businesses including bars, restaurants, and shops selling a variety of different items. With antique shops and a traditional sento (public bathhouse), the area has the retro feel of a town from the past. It becomes particularly lively when the sun goes down, a great time to experience the feel of a traditional shotengai (shopping district) and visit izakaya (Japanese pubs) popular among the locals.

Pay Your Respects at the Fox-Filled Keihin Fushimi Inari Jinja

Keihin Fushimi Inari Jinja is a Shinto shrine that was built in 1951. Its head shrine is Fushimi Inari Taisha in Kyoto, famous for its one thousand torii gates, and this shrine was built to share the same god enshrined at Fushimi Inari. The deity is believed to help with business prosperity, bountiful harvests, marriage ties, and improving skills of a craft, among other benefits. The shrine is known as a hidden “power spot,” i.e. a place believed to endow visitors with refreshing or healing energy. It is generally best to worship at Shinto shrines in the mornings, so this shrine, which opens to worshippers at 6:00 am, is perfect.

The highlight of this shrine is the 108 statues of kitsune (foxes), which can be found all around the grounds. This is because kitsune are believed to be messengers for Inari Okami, the deity that Inari shrines are dedicated to.

Tamagawa Sengen Shrine, With an Observation Deck Above the Tama River

Tamagawa Sengen Shrine is a Shinto shrine that was erected about 800 years ago, during the Kamakura Period. Konohanasakuya-hime, a female deity for whom sakura (Japanese name for cherry blossoms) is said to be named after, is enshrined here. Konohanasakuya-hime is considered to be the deity for household harmony and easy and safe childbirth as well as the guardian deity for sea travel, fishery, agriculture, weaving, and prevention of fires. The cute cherry blossom themed amulets and fortune slips sold at the shrine are popular. Within the shrine grounds, there is an observation deck that has appeared many times in movies and TV drama series. The view of Tama River from this observatory is breathtaking, and you can even see Mt. Fuji on a fine day! The sunset seen from the deck is particularly beautiful, so try to catch it if you can.

Rejuvenate From Your Travels at the Yokohama Tokyu REI Hotel

Yokohama Tokyu REI Hotel is located in Kanagawa’s Prefecture’s foremost commercial district, Yokohama. It is a brand new hotel that opened in 2020.

The guest rooms are decorated in wood tones, creating a warm space perfect for relaxing in after a day out. There are barrier-free rooms suited for guests with disabilities.

The 9th-floor lobby has a mystic feel to it, with a huge object d’art of a luminescent moon. It is a luxurious space with panoramic views of the city of Yokohama.

The Yokohama Bay Hotel Tokyu is in the Minatomirai area, which is full of retail shops and trendy restaurants.

The hotel has rooms with a choice of views, such as a bay view, park view, and city view. Minatomirai at night is breathtaking, with the skyscrapers’ shimmering lights and the lights reflected on the water.

The hotel itself is decorated lavishly to create a sense of luxury. It offers a full range of spa and beauty services so that guests can treat themselves to an experience that is out of the ordinary!

Kawasaki King Skyfront Tokyu REI Hotel is a next-generation lifestyle hotel located on the shore opposite Haneda Airport. Its proximity to the airport makes it the perfect hotel for the first or last day of your stay in Japan. The banks of the Tama River nearby are great for reinvigorating jogs or walks in the mornings and evenings.

The guest rooms are open spaces with high ceilings and a comforting retro decor, creating a space perfect for relaxation.

The hotel also has a cafe for drinks and light fare as well as a restaurant that serves grilled dishes made with high-quality meat.

Did any of these spots along the Tokyu Railway lines pique your interest? Take a trip on Tokyu Railways' trains and enjoy walking around the neighborhoods!