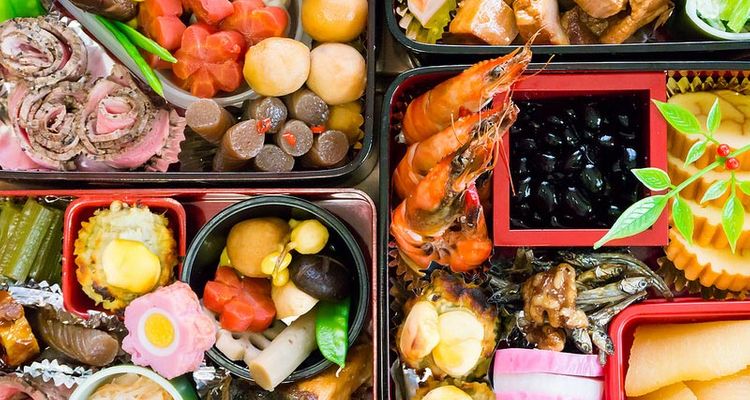 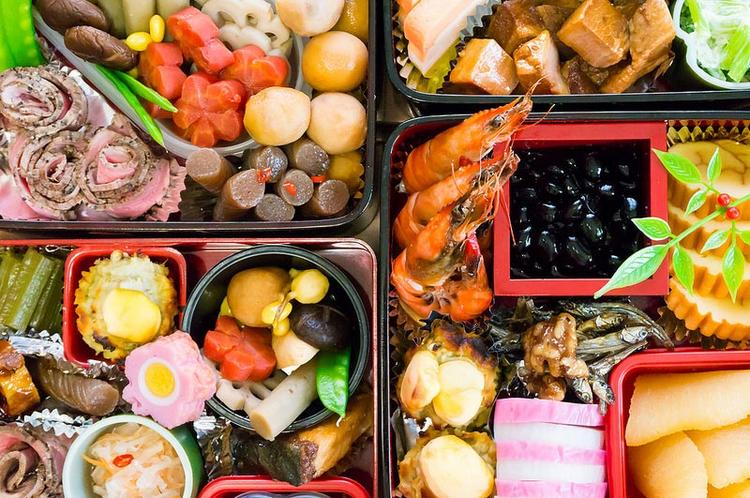 8 Kinds of Food Served During the Japanese New Year

Food is an important element in any celebration. Check out what traditional foods the Japanese usually eat during the New Year celebration! New Year in Japan is known as Oshogatsu and is celebrated on January 1, according to the Gregorian calendar. The first day of the new year, known as Ganjitsu, is the biggest and the most important celebration in the country. Because it is such an important day, the Japanese will not take lightly the food they serve on that day. In Japan, the New Year's celebration will not be complete without Zoni. Zoni is a kind of soup consisting of mocha (rice cakes), vegetables and different kinds of meats and fish. The base of the soup could be soy sauce or fermented soy-bean paste (miso).

Literally meaning “mirror rice cake”, Kagami mochi is a special rice cake consisting of two mochi – the smaller on top of the bigger one. It is a food dedicated to gods during the New Year. The two mochi symbolize the going and coming years, or “yin” and “yang”. In olden days, Kagami mochi was placed in various locations in the house but today, it is usually placed the Shinto altar, known as kamidana.  On the Kagami biraki (mirror opening) day which usually falls on the second weekend of January, Kagami mocha will be broken and eaten. Toso is spiced sake which includes spices such as cinnamon, ginger and sanshou (Japanese pepper). Drinking Toso with family on New Year's day is believed to be able to chase away sickness in the coming year. It will also bring happiness and peace in the coming year.

Traditionally, Nanakusa-gayu is eaten on the 7th day of January. It is a simple porridge made of okayu (rice gruel) and seven herbs. The seven herbs used are said to be the first seven herbs that sprout in spring. The herbs include nazuna (shepherd’s purse), suzana (turnip), suzushiro (radish), hotokenoza (henbit), seri (water dropwort), gohyo (cudweed) and hakobera (nipplewort).

Besides allowing the overworked stomach a rest, this simple dish is believed to give good health for the rest of the year. Toshikoshi soba, which literally means “year-passing noodle” is usually eaten on the New Year’s Eve. Besides symbolizing the passing of the year, the long noodles stand for longevity. Dai dai means Japanese bitter orange. It is usually placed on the top of Kagami mochi. The word “dai dai” can also be translated as “generation to generation”. It is believed that eating dai dai during the New Year is able to bring children to couples.