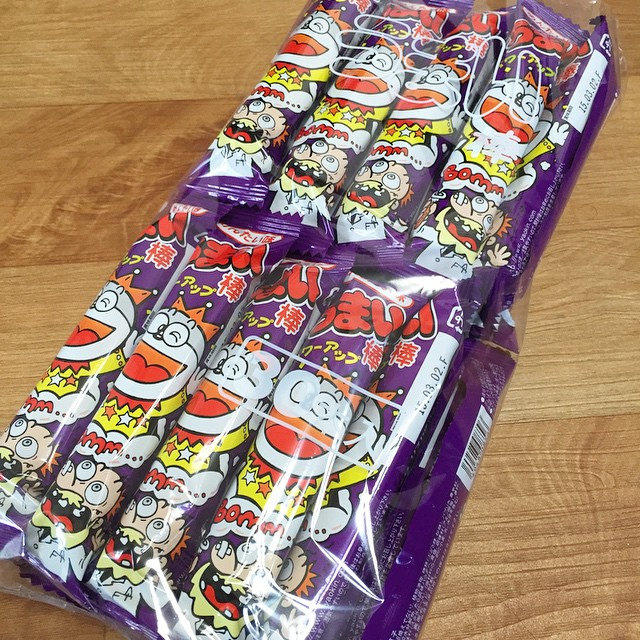 Have you heard of Umaibo? It's a very famous cylindrical snack that's been loved by Japanese people for decades. The best part about Umaibo is the huge number of flavors available. Here are some recommended flavors to look for. Teriyaki is a flavor that is well-known even overseas. The delicious teriyaki taste is matched perfectly with an aromatic mayonnaise flavor. The flavor is deep and satisfying thanks to the snack's crunchy texture.

The corn potage flavor is of such high quality it's one of the most highly ranked of all Umaibo flavors. The flavor is so rich you wouldn't expect it of a snack, and you might even think it's better than real corn potage. Mentai is fish eggs pickled in chili peppers. It's a food often seen in Japanese meals, especially in the Kyushu area. The mentai flavor brings out the best of the spiciness, so once you try it you won't be able to stop. Lately there have been fans of this flavor who love it so much they crush it and eat it over rice. This stick allows you to enjoy the spiciness inherent in salami. Thanks to that, this flavor is offered in Japanese izakaya as an accompaniment to liquor. The parsley flavor is really strong. Definitely not a flavor kids would like!

Out of all the Umaibo flavors, this one is particularly rare. You'll be really surprised at how delicious the chocolate is for being such a cheap snack. In the summer the chocolate would melt so it's only sold in the winter, but if you find it you should definitely buy it without hesitation. There are many people who want to eat takoyaki when they come to Japan. This Umaibo recreates the takoyaki flavor so well you'll be surprised. In order to make it extra-fragrant, they season it twice in the production process. This flavor has been well-loved by Japanese people since it started being sold. The strong cheese flavor is addicting, and it's a high-quality snack that has a rich flavor and aroma that you can fully enjoy.

When you talk about natto, you think of the strong smell and the slimy texture. Because of that there are many people that don't like it, but this Umaibo recreates natto even down to the sliminess. Since it's a crispy snack you'll end up praising them.