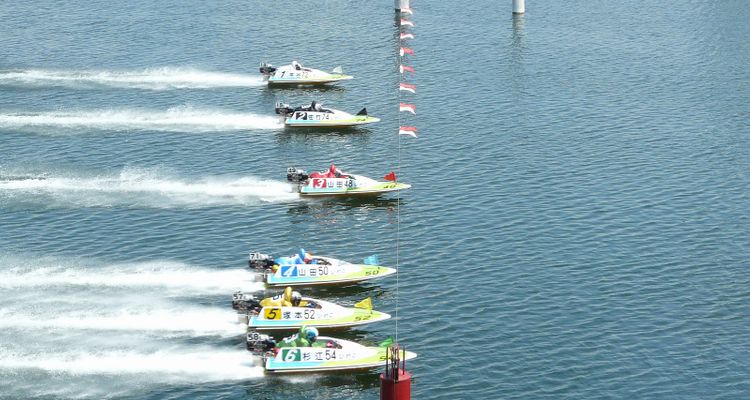 Although Japan is not famous for casinos, gambling is a very popular pastime. In Japan, there are five sports for which it is legal to place bets: horse racing, bicycle racing, powerboat racing, motorbike racing and soccer. Although horse racing might be considered classy in the other pars of the world, especially in the UK, it is definitely not the case in Japan. It is not a place for social gathering, but just for gambling. It is not somewhere you dress up to go to and if you do bring your partner or family, people will probably stare at you. However, it is an interesting experience and if you would like to visit a racecourse, the Tokyo Racecourse in Fuchu is the one to go. It was built in 1933 and is where the most famous races, such as the Japan Cup and Japan Derby, are held.

Keirin is a type of bicycle racing and was a uniquely Japanese form of gambling until the recent opening of Keirin velodromes in Korea. Although most of the racers are men, in 2012, "Girls Keirin" was established and people can now bet on female racers competing. Usually nine racers cycle around a 333.3-500m track for 2000-3000m. The racers cycle very fast at an average speed is 60km/h, and at the finishing line it can go up to 70 km/h. There are two velodromes in Tokyo: Keiokaku Velodrome in Chofu and Tachikawa Velodrome in Tachikawa. Kyoutei is a powerboat racing. Until 2002 when a Kyoutei stadium opened in Korea, like Keirin, it was a uniquely Japanese  form of gambling. The racecourse is usually built on a lake, river or at sea. Six boats race around two buoys,which are 300m apart, three times. The boat speed can go up to 80km/h. The unique thing about Kyoutei is that men and women have been competing together from the beginning. There are three Kyoutei stadiums (Edogawa, Heiwajima, Tama River) in Tokyo if you would like to visit. An Auto Race is a motorcycle race. Usually 8 racers compete in a race and they drive around a 500m oval course for six laps. The straight-line speed can go speed up to 150km/h and 90km/h at corners. Although there is used to be a car race as well, there is only motorcycle racing now. All of the Auto Race race courses are located in Chiba prefecture. Pachinko is a form of gambling similar to slot machines and is very popular in Japan. Pachinko parlors are everywhere and easy to go to. They are often located close to train stations and have bright and decorative exteriors. In the past, it used to be more for men but now a days, many women go as well. You can exchange your winnings with cigarettes, electronics, grocery, silver, gold etc. You can also indirectly win money since there are usually places close by where you can sell the prizes you won. Sports Shinko Kuji is a form of gambling where you bet on soccer matches. You can either bet on which team will win or the scores of a team. It is often known as "toto" and if you see the above sign, it is for Sports Shinko Kuji. Although there were people against using soccer matches for betting when it initially started in 2001, the popularity seems to be increasing now that it can be bought online as well as at convenient stores. Although not officially a form gambling, many people do consider Maajan as gambling, because many people do bet when they play it. There are places where one can book a table to play Maajan with friends or play Maajan among people you do not know, similar to poker. The reason people go to places to play Maajan rather than playing at home is because it makes loud noise when mixing the tiles, which can cause problems when living in an apartment.