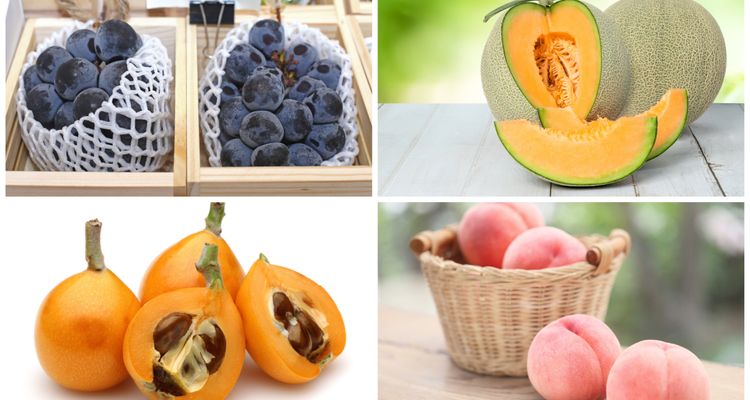 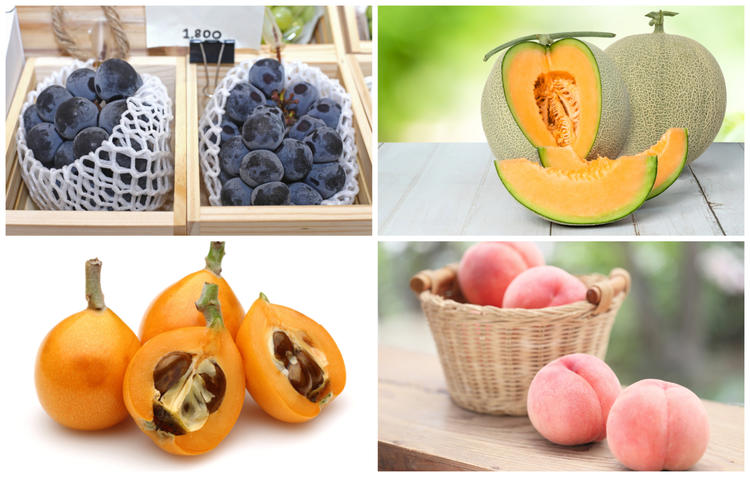 7 Fruits to Try in Japan

Here are some fruits that you can find in Japan that you might want to try.

Kyoho is a kind of grape which were bred in 1937 in Japan as a cross between Ishiharawase and Centennial. The skin of Kyoho is easy to peel and it is usually peeled before eating. When you visit Japan, you will realize that most Japanese do not eat the skin of fruits. This includes apples, peaches, grapes, and some people will even peel the pith of mandarins.

Hakuto was discovered in Okayama Prefecture in 1899. Even when ripe, the skin of hakuto stays a whitish color and hence the name hakuto (white peach). It general, a white peach is sweeter and less acidic than yellow peaches, but hakuto is extremely sweet and juicy. It is in season from July to September.

Originally from China, biwa is now grown in southern Europe and the Middle East as well. It is believed that biwa has a high medicinal effect and the leaves of a biwa tree has been used for medicinal purpose since the Nara Period (710-794 BCE). The best time to eat biwa is in May and June.

Musk melons were developed in the United Kingdom in the nineteenth century and imported to Japan in 1925. It is a very popular fruit in Japan, but interestingly, it is no longer produced in the United Kingdom. In order to maintain high quality, only one musk melon is grown on one vine and a lot of attention is paid until harvest. Because of this, an expensive musk melon can cost up to $250.

Hassaku is a kind of orange, which originated in Japan. Although it is an orange, it is the size of a grapefruit. The peel is thick and needs to be peeled before eating it. It is believed that the original  hassaku tree was found in a garden of a temple in Hiroshima Prefecture in 1860.  It is in season in February and March.

It is believed that natsu mikans originated from a tree grown from seeds of a kind of a pomelo that drifted ashore in Yamaguchi Prefecture in the mid Edo-Period. This tree, which is about three hundred years old, still exists in Ohibi, Yamaguchi Prefecture. It is in season from the end of April to the end of May.

Now, nashi pears can be bought outside of Japan as well. Although it is a pear, the texture is more like an apple than a pear. It has a very high water content, so it is suitable to be eaten raw. It is in season from Augsut to October.