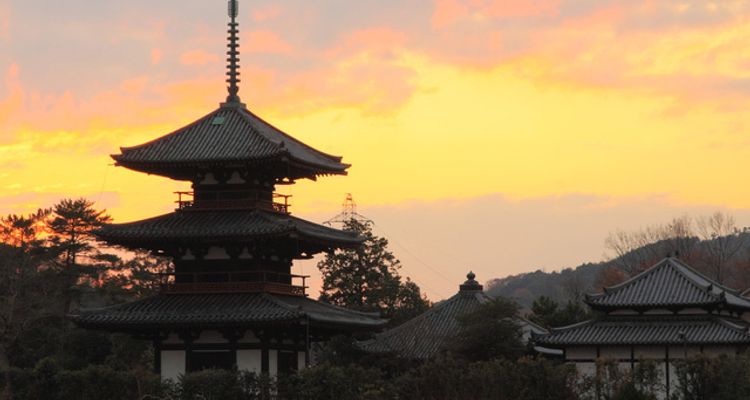 50 things to do in Nara, Japan's Oldest Capital

Located just a little south of Osaka and Kyoto, Nara prefecture is surrounded by many green mountains, has a number of World Heritage temples and shrines, naturally beautiful mountaintop scenery, historical roads that cannot be accessed by cars and so much more. Here in this article we are going to introduce 50 great things to do in Nara.

When speaking of Japan’s old capital, Kyoto is famous. However, did you know that its neighboring city Nara is even more ancient and actually the oldest capital in Japan?

Nara has many historical spots that can only be experienced firsthand. From the northern part of Nara, which holds the vestiges of the old capital to the southern part which dotted with many mysterious “power spots” you can experience the many fascinations of Nara no matter which way you go. One of Nara’s World Heritage sites,  it was the location of the old capital in the year 710. Once located in the central north, the capital’s territory was approximately 1.3 km from east to west and 1 km from north to south. In addition to the Emperor’s Imperial Palace there were various government offices as well. The Heijo Palace is surrounded on every side by 5 meter tall walls.  In the center of the south end of the palace is a large gate called “Suzakumon”. Another one of Nara’s World Heritage sites. The praying Buddha, one of the iconic symbols of Nara, is located in Todaiji’s main temple which is informally called Daibutsuden. Construction took 7 years from 743-749. During that time, Todaiji’s construction was a massive undertaking and required the efforts of the entire country. The temple’s structure then and now is said to be truly majestic. One of Nara’s World Heritage sites. This temple was established in the year 730 and holds a five story pagoda which is symbolic of the former capital. Reflected in the nearby Sarusawa pond, the five story pagoda of Kofukuji is said to be a characteristic piece of Nara’s scenery. The pagoda shows a grave marker which points out the remains of a Buddhist priest. This temple was registered as a “Historic Monument of Ancient Nara” and became a UNESCO’s World Heritage site in 1998. In the past, Toshodaiji flourished as the first headquarters of the Ritsu-shu school of Buddhism. Built by monk Jianzhen from Tang Dynasty China, the temple is also famous as the place where he spent his later years, constructed the temple’s main hall, started an auditorium and also contains many other historical artefacts. This shrine located inside Nara’s park is surrounded by the scenery of Mount Kasuga’s primeval forest. It became a World Heritage site as one of the "Historic Monuments of Ancient Nara" and during the Nara period, it was founded as a  means of protection for Heijo-kyo and a place where the citizens could pray for prosperity. The legend told of “The god who came riding a deer” and so deer are considered sacred. This shrine was the first to be registered by UNESCO as one of Ancient Nara’s historical monuments. Yakushiji is one of the Seven Great Temples of Nara, and was registered as a World Heritage site and one of the Historic Monuments of Ancient Nara in 1998. In the year 680, it was established by Emperor Tenmu as a place to pray for the recovery of his ailing consort. It contains the three storied East Pagoda which houses a statue of Buddha, both of which are designated national treasures. Yet another one of Nara’s World Heritage sites. Another one of the Seven Great Temples of Nara, it is Japan’s oldest traditional Buddhist temple. The main building, meditation room and small five-storied pagoda is a designated national treasure. It was registered as one of the "Historic Monuments of Ancient Nara" by UNESCO in December 1998. One of Nara’s World Heritage sites. Mount Kasuga’s Primeval Forest which draws an especially beautiful ridgeline on the eastern mountain range of Nara city, is 498 meters high stretching across an area of approximately 250 hectares. Since ancient times because it was a place of faith for the mountain god of the Kasuga Taisha shrine, without using any axes, a lot of work is done to actively preserve its primeval state. If you want to sightsee, it is recommended that you pass through Nara park and walk the  9.4km esplanade that surrounds the forest. Opened on February 14th 1880, the land was loaned free of charge and is managed by Nara prefecture. The entire area is 502 hectares and the vicinity is dotted with some of Nara’s chief sightseeing spots like Kōfukuji, Todaiji, Kasuga Taisha, Nara’s Natural history museum etc. Nara’s great statue of Buddha and its deer (approximately 1100) have become internationally famous as Nara’s main attractions and it’s common to see students from outside the prefecture there on field trips.

A shopping district located in front of Kintetsu Nara station which has many souvenir shops, restaurants, general stores, clothing stores etc. Since there are many stores that deal with Nara’s specialty goods, if you go souvenir shopping, be sure to check there.  After you go through this street, there are two other adjacent shopping areas Mochiidono shopping district and Sanjo-dori. So you can take your time walking and have fun shopping in Nara.

Located in the Higashimuki shopping district is Nara’s well established okonomiyaki and akashiyaki shop “Okaru”. In the neighbourhood it’s okonomiyaki is quite famous. Okonomiyaki is the local food in the Kansai area made from wheat flour, eggs and cabbage mixed together in a batter. You can then mix in whatever else you like; for example pork or seafood and it’s fried like a pancake. Held in January of every year is Mount Wakakusa’s well-established event. The theory behind the origins of this event says it was done to appease the spirit of an imperial grave located at the summit of the mountain. Approximately 33 hectares of the entire mountain is set on fire which gives the image that the mountain is rising into the winter sky! There’s a fireworks display at the same time so don’t let the opportunity to see this amazing spectacle pass you by. Originating in Nara, this popular ramen shop “Tenri Stamina Ramen” is often shortened to “Tensta”. This famous shop which has expanded across the country and overseas has it’s head office here. In a pork bone broth, thin homemade noodles, sauteed cabbages, Chinese leek, garlic and doubanjiang (broad bean chili paste) are mixed together. Furthermore lard makes it a “spicy yet mild” hearty ramen and its tangy and spicy soup is the key to its popularity. Since its establishment as a food cart, it has come to share in the popularity of Tenri Ramen.  It is said that adding Chinese cabbage to ramen began in this store. If you want to eat Nara’s famous ramen, we’d like you to try “Tensta” which we mentioned above and Saika.

An amusement facility that includes hot springs and hotel. There are many kinds of hot springs and inside are restaurants and a game center so you can relax and play all day. For a separate fee, the facility offers just for children a giant pool in the summer and in winter an enormous indoor playground, so it becomes a facility where kids can also have fun spending time.

An amusement park located at the summit of Mount Ikoma with free entry for kindergarteners. You pay a separate fee for the attractions or you can purchase a passport to ride as much as you like. On weekends they have special events for children. The roller-coasters and different tall attractions from the mountain’s summit offer a superb view that you can enjoy. There’s also a cable car that takes you to the amusement park and the view from the cable car is a must-see! This Daibutsu pudding is one of Nara’s popular souvenirs. With no additives and a subtle flavor it’s a popular product. With traditional Japanese flavors like custard , yamatocha (Nara’s special green tea), Nara cherry blossom, sakuranbo (cherry) and so on, you can have fun choosing the ones you want. Even though it’s made to take home, there’s also an eat-in corner close to the main store. If you want to sample Nara’s local gourmet then it’s kakinoha sushi! Mackerel sushi is wrapped in a persimmon leaf and the subtle aroma of the mackerel along the persimmon leaf and a small amount of vinegar makes it a sweet sushi collaboration that you can fully enjoy. There are many other companies that make persimmon sushi. However “Tanaka” here offers not only mackerel but also choices like salmon and sea bream and we recommend any one. Located in Nara’s ancient city is a beautiful Japanese style garden that is coloured by the flowers of the four seasons. Even though it’s located between Todaiji temple’s Daibutsuden and Kofukuji temple, this garden is less crowded and you can quietly spend your leisure time here. Also inside the garden there is the Neiraku Art Museum which has a collection of many ancient oriental works of art. Near the entrance is the Japanese-style restaurant “Sanshutei” where we recommend you take your time drinking tea while leisurely relaxing in the garden. Holding approximately 300 different species of plants known during Japan’s ancient time, it is the country’s oldest botanical garden. The inside of the park measures approximately 3 hectares which are divided into 4 large gardens. There is a pond that is reminiscent of ancient times and in the center of that pond is an ancient tree (one of Nara city’s designated cultural assets).

Next： No.21-40 Further exciting spots and activities in Nara