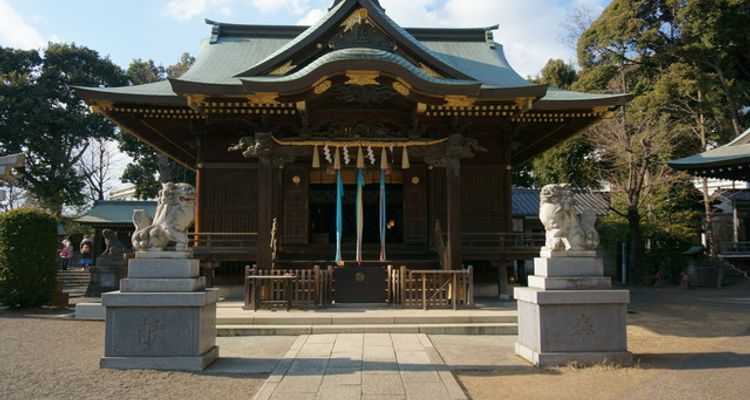 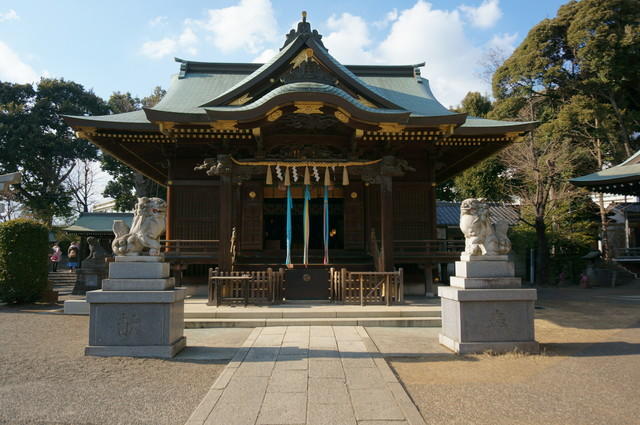 Have you ever heard of the shrine dedicated to Kanjani8? Or the Arashi shrines (yes, all 5 of them)? Check out this article to learn more, and maybe plan a trip!

Why do people visit temples and shrines? Perhaps to learn about the history of Shinotism or Japan. Or to learn about Japanese culture. Or to find a quiet (or semi-quiet) place in a  busy city to relax for a bit.

These are some reasons why visitors to Japan visit temples and shrines. It's certainly recommended that you at least check out Meiji-jingu or Kotoku-in if you're heading to the Tokyo area.

But there are other reasons. One of them is because the place has the same name as your favorite idol.

If you think this is weird--why would anyone go to a shrine or temple just because they like Arashi and it's the Ninomiya Shrine?--then you're obviously missing out on the fabulous marketing opportunity this provides. After figuring out that people were heading to the shrines for the name and leaving ema (wishes on blocks) related to their favorite idols, the shrines decided to take matters into their own hands, and now they receive more visitors than ever. Check out the list below to see what they did.

The Akabane Hachiman shrine is about a 10-minute walk from the JR Akabane Station. Hachiman is the god of archery and war, and it is common to see "_____ Hachiman" shrines throughout Japan.

This particular Hachiman shrine is famous as the "Eighter Shrine" among Kanjani8 fans because of the omamori, or shrine charms, that are sold there. Not only do they have the "∞" on them, but they come in each member's color. There are also ema with a special shrine design on them that contains the ∞ symbol. Akabane Hachiman actually began to sell charms and ema with the ∞ symbol on them at the beginning of the current year period--which is period eight--according to the flying star school of feng shui.

Around the end of 2011, these ∞-themed goods began to grow popular among a certain group: young females who were also fans of Kanjani8. The shrine noticed this and thus began to offer Kanjani8-colored omamori in diferent styles, including glittery phone straps and bracelets. In March 2012 the shrine also prayed for the health and development of Kanjani8 fans in addition to their bi-monthly prayers for peace throughout the country. The Ohno Shrine is located in Ritto, Shiga prefecture, which is basically in the middle of nowhere, but hordes of Arashi fans have gone to this shrine because of the name and the fact that the head priest's name is Ohmiya Satoshi (Ohmiya is a mix of the last names Ohno and Ninomiya, another member of Arashi). The shrine is now immensely popular among Arashi fans, so much so that there are tours that go there in addition to the other shrines in the area with Arashi names.

The goods, too, are entirely Arashi-themed: The ema, too, are almost all Arashi-themed, with people wishing for the group's health and happiness or wishing for their own luck in attaining tickets to a concert. The Ninomiya Shrine is located in Kobe and has more than 1800 years of history. Like the Ohno Shrine, it has been visited by several Arashi fans and is included in the Arashi shrine tour. The omamori and ema are similar to the ones at the Ohno Shrine.

The Sakurai Shrine, which is of course also part of the Arashi shrine tour, is located in Osaka. It contains a national treasure.

The Matsumoto Shrine in Kyoto is the last stop of the Arashi shrine tour and is said to be the guardian deity of the Kizugawa ferry landing. It is very small, and there is no one who actually works at the shrine.

There is an Aiba Shrine in Fukui, but it appears to not be as popular as the other shrines with Arashi member names, and there aren't any omamori in Arashi colors.