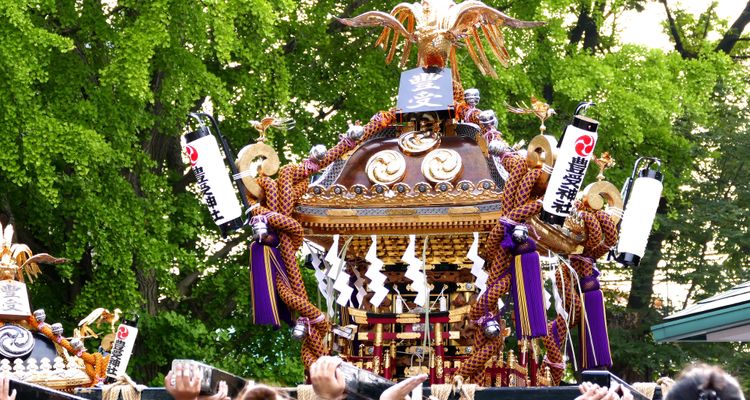 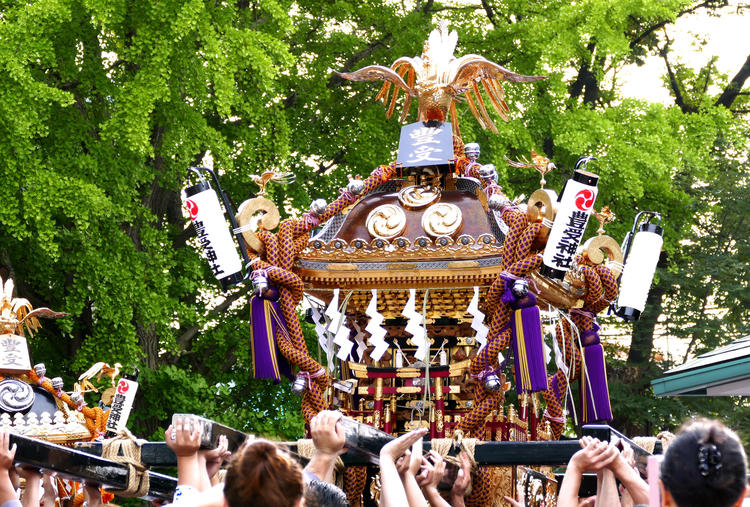 Going to a Japanese festival (matsuri in Japanese) is on many people's list of things to do in Japan. It's a great way to mingle with the locals and see how they unwind and celebrate. Dancing, singing, bonfires... there are tons of activities at festivals that you cannot experience outside of Japan! Read more to discover what are the ones you absolutely cannot miss.

There are more than 300,000 traditional festivals held annually all across Japan, each one usually associated with a shrine or a temple, and organized by the local community. Portable shrines (mikoshi), floats, food stalls, and games are just some of the common features you can find. They are special occasions when the locals come together and celebrate, making them a great way to experience Japanese culture. Participation is often encouraged, so don't be shy and join in on the celebrations!

If you want to see something a bit different or a little strange, perhaps the festivals in the links below are the ones for you!

Things to Do in Japan: Festivals in Tokyo (September 2018) Now that you know a little bit more about Japanese festivals, here is a quick look at 3 festivals taking place in Tokyo in September 2018. From traditional dances to a procession of prostitutes (yes, you read that right), read on to see what you can do in Japan that month!

Akasaka Hikawa Matsuri (Spetember 14 - 16) is known for their beautiful portable shrines and floats. It's hard to imagine a traditional festival taking place among the high-rise buildings of Akasaka, but if you are looking for a local festival in Japan, this is a great one to watch. There are 14 portable shrines, and they all come together on the final day of the festival. The sense of excitement that rings across the streets and the energetic shouts of the locals carrying the shrines is something you will not want to miss! The elaborately decorated traditional floats of Akasaka Hikawa Shrine consist of a base with 2 wheels, on top of which stands a 2 or 3-story structure. If you want to get a closer look at the floats, some of them will be on display at the shrine on Spetember 15 and 16. No festival is complete without something to eat, and this one is no exception, with popular and long-established local shops setting up stalls on the shrine grounds to sell Japanese festival food. Examples of food you can find here are okonomiyaki (Japanese savory pancakes), takoyaki (octopus balls), and yakisoba (fried noodles). They also have bon-odori and traditional music performances, so you won't run out of things to see or do!

If you want to know more about portable shrines, click on the link below to see how different they can be from place to place!

It's All Song and Dance at Hatsudai Awa Odori 2018

On September 22 and 23, Hatsudai will hold their 49th annual Awa Odori Festival. This is a high-energy festival where performers dress in festival costumes, dancing and chanting while making their way down the street. They are accompanied by musicians with traditional instruments, such as wooden flutes and taiko (Japanese drums). In 2018, around 14 awa odori groups from all across Tokyo will perform at the Hatsudai Awa Odori. Each group has their own costume and variation of dancing. The dances are so fun and energetic, it's hard not to be drawn in by them! Don't worry though, as there will be opportunities for you to join in on the dance too! At the end of the night, each of the groups will perform at a fixed spot, so you'll be able to see the dances up close. Come to Hatsudai and get carried away by the energetic dances!

The main draw of the Shinagawa Shukuba Matsuri (September 29 - 30) is the Oiran Walk. Historically, oiran were courtesans who were also entertainers and held high social statuses. For the Oiran Walk, women dress up as oiran and parade down a 2km stretch of road, accompanied by men dressed as guards. With 20cm high clogs and wigs weighing 3kg, it's amazing how gracefully they parade through the street! It's not every day that you see an oiran walk, so make sure you have your camera ready! There are other events and attractions that make up the festival, from firewalking and taiko performances, to traditional toy making workshops and portable shrines. Of course, let's not forget the festival food stalls, too!

There are always a lot things to do in Japan, with festivals taking place throguhout the year. Some of them, such as the Tenjin Matsuri and Nebuta Matsuri, are so popular that they attract millions of spectators every year!

If you want to find out more about some of the famous festivals in Japan, check out these articles!

There are many different kinds of Japanese festivals, and this was just a tiny selection of them. There are other festivals that take place in Tokyo and other parts of Japan during September, so find one that interests you and have some fun!