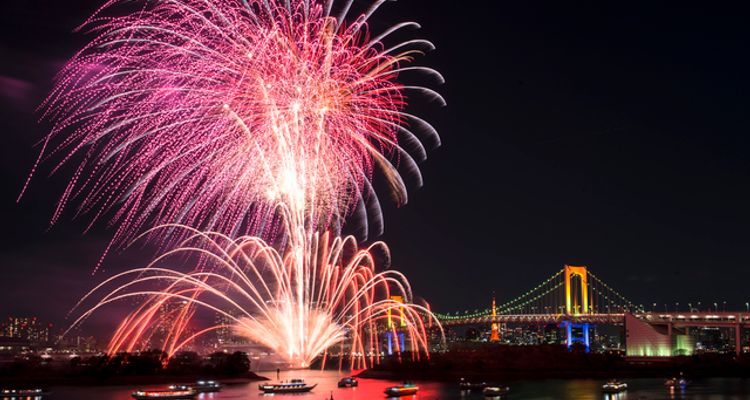 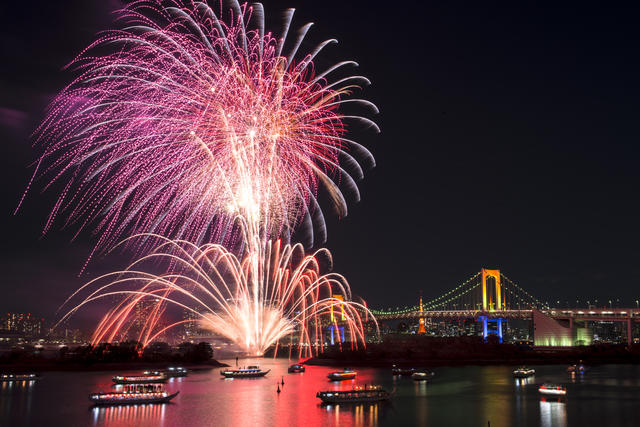 3 Japanese Festivals to Check Out in December 2018

You may have thought that festival season was over, but this is Japan, and festival season never ends! True, there are more festivals held during the summer, but we've yet again picked out 3 festivals that are taking place this month in Tokyo. From an age-old festival with a flea market to winter fireworks and a parade of foxes, there is something for everyone this month!

Steep in History and Culture at Seki no Boroichi A festival consisting of a flea market and parade of lanterns, it is said that Seki no Boroichi began all the way back in 1751! It takes place on December 9th and 10th annually to coincide with the memorial service for the anniversary of the founder of the Nichiren school of Buddhism. A vast market of around 300 stalls is set up in front of Honryu-ji Temple, sending a sense of excitement and revelery throughout the district. In the early days of Seki no Boroichi, the main items on offer at the market stalls were farming equipment, old fabric, and items required for New Year's celebrations. Today, the market largely consists of festival food stalls, with some others selling second-hand clothing and antiques.

One of the highlights of Seki no Boroichi is the procession that takes place on the evening of the 9th. A parade featuring lanterns, traditional flags used by the fire brigade in the Edo-period (1603 - 1868, pictured above), bells, and taiko (traditional Japanese drums) depart from the South Entrance of Musashi-seki Station and wind their way through the streets to Honryu-ji Temple.

Seki no Boroichi is worth a visit for anyone who wants to immerse themselves in Japanese culture and experience a piece of history.

You can expect a lot of festival food stalls at Seki no Boroichi. This article should help you navigate the world of Japanese festival food! You don't often see fireworks in winter! Odaiba Rainbow Firworks in Odaiba Marine Park is held not just for one day, but every single Saturday during the month of December, and on Saturday 22nd, there will be musical accompaniment to make the event even more special! Enjoy some spectacular displays of fireworks against the backdrop of Tokyo skyline.

The firework display only lasts for around 10 minutes, but there are plenty of other ways to enjoy Odaiba! Odaiba is a trendy area, and it has some enchanting Christmas lights at the moment. Why not take a walk after the fireworks and get into the festive spirit? You're sure to find some Instagram-worthy photo spots!

Known as a popular spot for dates in Tokyo, Odaiba is filled with things to do, and you could easily spend an entire day there. The highly acclaimed Team Lab's Borderless exhibition is located not far from Odaiba Marine Park, while the spherical observation room Hachitama of Fuji TV building offers some fantastic views. You might even see Mt. Fuji on a clear day! There are also plenty of shopping and dining spots, an onsen theme park, and much much more in Odaiba!

Does Odaiba sound like your kind of place? Check out these hotels with fantastic views and make the most of your day in Odaiba! Oji Kitsune no Gyoretsu, meaning "Oji Fox Parade", is, as the name suggests, a festival with a parade of foxes. It is a practice that was born out of a legend about foxes around Kanto gathering under a Japanese hackberry tree on New Year's eve, and disguising themselves to go to the shrine for the first shrine visit of the new year. It first took place in 1993 to keep the local history and culture alive, and to pass them on to younger generations. The festival sees a parade of children and adults dressed as foxes, complete with masks and face-paint, and with lanterns in hand. The procession makes its way to the Oji Inari Shrine for the first shrine visit of the year, just as the foxes did. It is an extraoridinary sight, and unique, even in Japan. The parade departs at 12:00am, following a countdown into the new year, but the festivities begin earlier in the day, as children get their faces painted and visit participating stores to receive sweets in the early afternoon. A bonfire is set up at Shozoku Inari Shrine at 10:30 pm, as the foxes gather and prepare for the coming parade.

The fox parade of Oji is truly a unique event, and it's fun for all the family!

Can't get enough of Japanese festivals? Check out the article below for some of the biggest and most popular festivals in Japan!

This was just a quick look at what's happening in Tokyo in December 2018, and there are so many more festivals and events taking place in Tokyo as well as the rest of the country this month. Check out what's going on near you, and enjoy the ultimate Japanese experience of attending a festival!