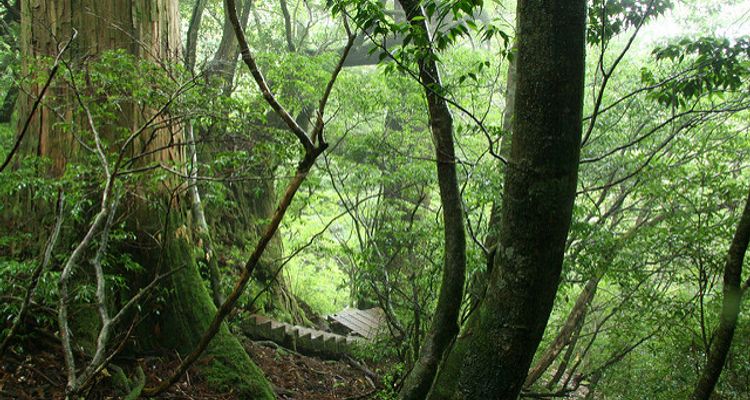 21 Filming Locations to Expand your Trip in Japan

Visiting impressive filming locations can be a reason to visit a place. Here listed are the sites to take you to the setting of your favorite films regardless in which country they are made. It is the first installment of the long-running Godzilla series lasting up to today. Godzilla smashes the city of Tokyo up including famous landmarks such as the Diet, Tokyo Tower and buildings in Ginza. Akira Kurosawa's works are still considered as one of Japan's and World's best films ever. The Hidden Fortress was said to be heavily influenced on Star Wars by George Lucas. The Horai Valley in Hyogo is a main location throughout the story. Not far from Kobe or Osaka, this steep valley used to be an obstacle for transportation but is loved by hikers and rock climbers these days. 15 minutes by bus from Takarazuka station of Hankyu/ JR lines. The fifth installment of James Bond series was photographed mainly in Japan including several places in Tokyo and Kagoshima. The exterior of Hotel New Otani Tokyo appeared as Osato Chemicals though the area has experienced several minor changes, you can still easily recognize the location sites.

My Neighbor Totoro, Hayao Miyazaki’s animation film, features the Sayama Hills and its surrounding area. The hillside spreads across Saitama and Tokyo with the total surface approximately 3500ha. Thanks to the effort of people trying to preserve wonderful landscape as what it used to be, you can visit several parks to enjoy day hike. Kurosuke’s House, 5 minute-walk from Dainichido station of Seibu Ikebukuro line, is also interesting place to visit. Black Rain, an American movie, was mainly photographed in Osaka, Japan. Most part of filming took place in downtowns where things have changed for over 30 years. One of the sites you can clearly recognize is Ebisubashi in Namba, a famous touristic destination. This area is still energetic with crowds and glittering neon signs. Princess Mononoke is another Studio Ghibli’s animation film directed by Hayao Miyazaki. The story is associated with several places across Japan. The model of traditional iron making factory is in Shimane. Breathtaking untouched nature features Shirakami Mountains expanding over Akita and Aomori or Yakushima Island in Kagoshima. Those places attracts tourists whether they know about the film or not. Sakurabashi Bridge over Sumida River in Tokyo is used for several TV dramas and films. This bridge appears in opening and ending part of the film and close to the other shooting locations in Asakusa district. The pedestrian only bridge plays a part of the path in Sumida Koen Park 15 minute-walk from Sensoji Temple. If you walk around the area, it might be easy to run into the filming locations. Battle Royal is the adaptation of a Japanese novel. The isolated island featured in the story is Hachijo Kojima Island, Tokyo. It takes approximately eleven hours by ship from Tokyo to its neighboring Hachijojima Island. Though Hachijo Kojima itself actually has been abandoned since 1969, the coast line offers nice diving and fishing spots. Another Studio Ghibli animation film, Spirited Away, adapted various places inside and outside of Japan. The townscape features a town in Taipei and most buildings are adaptation of Japan's existing traditional wooden architectures including Dogo Onsen Honkan in Matsuyama, Kagawa. It is popular among tourists to experience traditional public bathhouse. Other sites you can visit is Edo Tokyo Open Air Architectural Museum, about one hour from Tokyo, where the model of Kamajii's factory (Takei Sanseido) is. Twilight Samurai is an adaptation of a Japanese novel featuring the Tohoku district. Most of the shooting took place in the Shonai region in Yamagata prefecture. But Seibei and his colleague’s house is Matsumoto family’s and Iwahashi family’s residences in Kakunodate, Akita. Traditional townscape of samurai residence are well preserved and picturesque all through the year.

Last Samurai is an American film photographed mainly in Japan however the fighting scenes are photographed in New Zealand. Engyoji Temple in Himeji appeared as Katsumoto’s temple will remind you the story. The temple sits on the hill above 371m sea level behind Himeji Castle and is nice place to visit by direct ropeway or by 1-hour hike. This temple doesn't have cherry trees on the ground as you see on the film, though. Lost in Translation directed by Sophia Coppola was mainly photographed in Tokyo and other part of Japan. The director is said to be fond of the aesthetic of the Park Hyatt Tokyo and many indoor footages were done at the hotel. The Grudge/ THE JUON is a Hollywood adaptation of Japanese horror video released in 2000. This film features many places in Tokyo and its surrounding area. You might recognize some spots in Nishi Shinjuku or in Yoyogi if you walk around the area. Yokufukai building in Suginami-ku is the medical institute where Karen and Doug worked. It is registered as a Tokyo's historical architecture. Initial D is a popular Japanese manga which has lots of adaptation in TV series and films. Initial D (2015) is a live-action produced mainly by Hong Kong company with Asian actors whereas all footage took place in Japan. Car chasing scene, the main attraction, was photographed in Yahikoyama Skyline in Niigata and in Gunma. The latter sites are featured in the original story and steep winding road from Mt. Haruna to Ikaho Onsen is very popular among the fans. Death Note is a psychological thriller adapted from Japanese manga series. Filming was done in many places including Tokyo and Fukuoka and the museum scene was shot at the Kitakyushu Municipal Museum in Fukuoka Prefecture. The architecture of the museum itself is intriguing but it is temporally closed for renovation until November, 2017. The latest to be released in 2016 seems to be shot in Motomachi, Kobe. If You Are The One is a Chinese romantic comedy film (非誠勿擾) mainly photographed in the east Hokkaido, Japan. Because of its great success, the east Hokkaido became very popular among Chinese tourists. The shooting was done across the area including Kushiro, Abashiri, Akanko Lake and so on. Cape Notoro by the Okhotsk Sea, one of the locations, is beautiful place to visit throughout the year. Departures or Okuribito is a Japanese film themed at a mortician in Japan. Most of the shooting took place across Yamagata Prefecture where many other Japanese films and TV dramas including Twilight Samurai are photographed as well. One of the impressive scene- Daigo plays the cello at the river bank with a mountain in the background- was photographed at Gekkogawa River Park in Yuza. Shonai region in Yamagata boasts beautiful landscapes to attract tourists.

Hana Yori Dango or Boys Over Flowers in South Korea, Meteor Garden in Taiwan is a film based on a Japanese manga. The love story of a girl from working class family and rich families is so popular. Among many locations, British Hills in Fukushima prefecture is the Domyoji's residence. The luxurious British manor house welcomes visitors and guests to stay in. Skyfall is the twenty-third installation of James Bond films shot all through the world as always. In Japan, Hashima Island in Nagasaki was chosen for the photography. As it has been abandoned for long, the actual scene was shot on a set based on the real-life of Hashima for safety. You can visit this industrial heritage with tours departing from Nagasaki Harbor.

The Wolverine is the latest X-Men series installation. While most part were shot in Sydney, Australia, some scenes were shot in Tokyo; Zojo-ji Temple in Asakusa. The main hall of Zojo-ji appears at funeral scene. The temple was built in 1393 and moved to the present location in 1598 by Tokugawa Ieyasu, the founder of the Tokugawa shogunate in Edo period. It is one of the major landmark in Tokyo as well as the Tokyo Tower close by. Thermae Romae based on Japanese manga is the comedy about a bathhouse architect in Roman Empire. In the adaptation, plenty of Japan's Onsen spots appear in succession, either famous or not. The Kita Onsen in Nasu Onsenkyo with a big pool-like out-bath is one of them. As the ryokan intends to be remoted from the artificial obstructs, you need to walk about 10 minutes from the nearest car park to reach there.