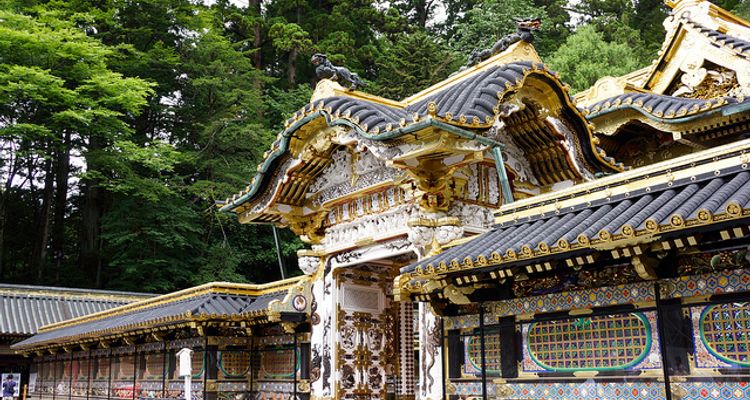 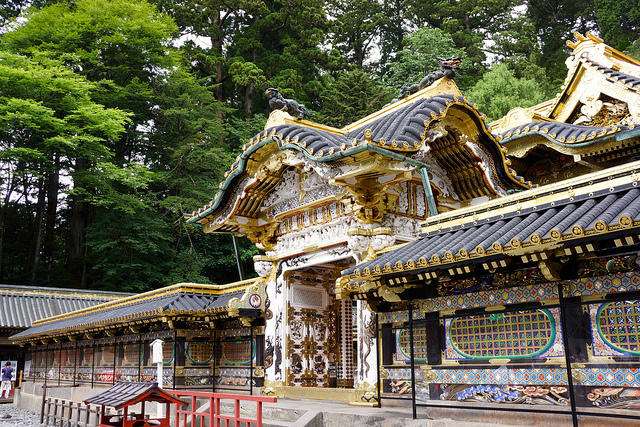 Within a few hours from Tokyo! 20 Places to visit in Ibaraki and Tochigi in the trendy Kita-kanto (Northern kanto) Region

Once before, no one really saw the Northern Kanto region as a tourist destination. However, the recent rise in the popularity of domestic travels has made this region a rediscovered, popular destination for a day trip. In this article, we have selected the traditional, must-go places as well as new interesting spots in this region. This world heritage site still has eight beautiful architectures that are more than 400-year old. This cultural, gorgeous treasure also illustrates the Japanese philosophy, which can be seen in the architecture and the carvings of the buildings. The 'Nikko Toshogu Five-story Pagoda' was built with an old architectural technology to endure earthquakes, and the modern Tokyo Sky Tree used earthquake-resistant technology based on this old building. In the Nikko Toshogu Shrine site, there are 34 national important cultural properties. If you like visiting Japanese temples and shrines, this shrine is highly recommended.

This magnificent national park includes Senjōgahara, a mystical battlefield, Mount Naitai, and Lake Chūzenji. Surrounded by the great nature in this park, you might forget that you are in the Kantō region, or even in Japan! You can see the live animals in the wilderness of the vast marsh, enclosed by the mountains. In autumn, the leaves in the forest turn red, orange and yellow, and this seasonal view is truly amazing. We recommend going on a trekking excursion to this park. The starry sky at night is also fantastic. If you would like to spend some time at an amusement park as well, then we recommend you visit Nikko Edo Mura nearby Kinugawa River (鬼怒川) area. After passing through a traditional checkpoint built in the style of Edo era, you're now time travelled back to the Edo era! You can try out the costumes of samurai, ninjas and others and look just like the people from the Edo era. All the staff are dressed up in the Edo era clothings and act like as if they really were from the era. It's a really fun place to visit and experience the life in the Edo era. This flower park is a place you can enjoy the flowers and plants from spring to autumn, and the illumination decorations during winter, which has been designated as one of the night view heritage sites. The amazing wisterias were transplanted from the city, which was conducted by the first female arborist in Japan. This also was the first successful transplant. Among the many wisterias, two have been designated as the natural monument of Tochigi prefecture. Katakuri, Japanese dogtooth violet, has been decreasing in the number due to the recent land developments. But you can see the beautiful flower blooming in March and May on the hillside of Mount Mikamo. This national park is a good place to visit and enjoy the nature during autumn. Also, we recommend the popular local food in the Sano City (佐野市), such as Sanaa ramen noodles and deep fried potatoes (いもフライ), which has attracted fans even from outside of Tochigi prefecture. It's something you'd definitely want to try. This mystical underground space may make you wonder where you are. This space was built using the defunct quarry of Ōya rocks. Because of this unique, atmospheric scenery, many events and TV/movie filming have been held at this place. We recommend that you visit here during summer to enjoy the cool air in the underground and avoid the heat. The nearby city, Utsunomiya (宇都宮) is famous for baked Chinese dumplings. Have a bite of the delicious dumplings while waiting for your bus or train. Ashio cooper mine was once known as the 'best mining site in Japan' and has a history of over 400 years. At the tourism facility, you can also learn the dark side of Japanese history, which prioritized the production of copper in order to accelerate the modernization process rather than tackling the infamous pollution problem.  Hop into the mine truck and take a ride inside the mine, and you'll see the mining history and the demonstration of the actual mining process. This hot spring resort has a history of more than 1,300 years. According to the folklore, wounded deer struck by a hunter healed his wound by immersing himself in this hot spring. Nasu onsen (hot spring) is a famous resort for a hot-spring cure. Nearby the hot spring, there are many accommodations, some of which serves the premium quality local beef called "Nasu beef."

Do you like Japanese toys? Well, there is a town which changed its name to 'Toy Town' because of its long history of toy production. Bandai museum is located in this town, which displays various toys both made in Japan and overseas. The collection of the museum includes toys invented by Edison, and of course Gundam plastic models. You can learn the cultural history of Japanese animes and characters in this museum.

This car racing circuit was built by Honda in 1997 as the second car racing circuit in Japan. This multiplex amusement site includes Honda Collection Hall, which displays many of the famous Japanese and overseas cars. Many car racing competitions and motor sports events are held here, and there are also accommodations and activities for children. If you are a car lover, this place is a must-go. This is one of the three most famous waterfalls in Japan and has been listed on the 100 best waterfalls in Japan. During the autumn, it is a very popular tourist site with the red leaves, but we also recommend a visit during winter when you can see the frozen waterfall called hyōbaku (氷瀑). From the observatory balcony, the waterfall is truly impressive, it is as if you'd be pulled right into it. This is the central Kashima shrine that is the headquarter of more than 600 Kashima shrines all over Japan. It is also the oldest shrine in Kantō region, built in 660 B.C.  In popular culture, this shrine is also known as the most powerful spiritual spot in Kanto region. The enshrined deity of this shrine is 'Takemikazuchi-no-Ōkami" (武神武甕槌大神（たけみかづちのおおかみ)), the deity of victory. A pleasant walk in the atmospheric shrine site is a nice way to spend your afternoon.

This great suspension bridge is the longest one in the mainland (honshū) of Japan, at the length of 375 meters. The view from this bridge is amazing, and you can also try a bungee jumping from the height of 100 meters. From mid-April to mid-May every year, there is a festival called "Ryūjinkyō Koinobori Festival," where carp-shaped streamers (made of cloth traditionally flown on Children's Day in Japan) fly in the sky. The contrast of the vivid colors of the streamers against the dark-green mountains is beautiful and has attracted many visitors. Ibaraki prefecture faces the Pacific Ocean, the source of fresh seafood. If you like sushi and/or seafood, we recommend that you stop by at this fish market. Just browsing the seasonal seafood on display is quite fun. There are seafood restaurants that serve fresh and plentiful seafood dishes and sushi. From November to March, you can also savor the local specialty, angler fish cooked with stock soup in a pot. It may not look pretty, but it does taste fantastic. If you've got a chance, do try the angler fish.

Kairakuen was designed by the 9th feudal lord of the Mito domain,  Nariaki Tokuga in 1842. This Japanese garden in Mito City is one of the three most famous gardens in Japan. For its historical value, this garden has been designated as a national historic site, scenic spot, and Japanese heritage. When the Japanese plum trees are in full bloom, you can see a variety of Japanese plum trees and their wonderful scent.

This aquarium is the largest in the Kantō region and built on the coast of the Pacific Ocean.  The characteristic of Aqua World is how it incorporates scientific aspects in the aquarium and the museum, and there are about 580 different species kept in the aquarium. The entertaining shows of sea lions and dolphins are performed close to the audience, which has been very popular among the visitors. Tsukuba is one of the academic cities in Japan. At JAXA Tsukuba Space Center, a real rocket is on display, and there are many tourist tours and places where you can explore the cutting-edge technology. Also, this is the only place where you can take a Segway ride in Japan. It will be a fun and unique experience to take a Segway ride tour in this academic city surrounded by the nature. Maybe the understated beauty of this historic building makes a stark contrast to the gorgeousness of Kairakuen. Kōdōkan was established by Nariaki Tokugawa as a school to educate youths who would be leaders of the society. This building is open for the public, so you can enter inside and take a retrospective insight into Japan in the past.

Mount Tsukuba is a symbolic landscape of Ibaraki prefecture, and it is often compared to Mount Fuji, such as "Fuji in the West, Tsukuba in the East." All the surrounding area of this mountain is a protected area, and the mountain and the scenery altogether are registered as one of the 100 best mountains and sceneries in Japan. In addition to mountain climbing paths, there are also cable cars and monorail trains. Halfway to the top of the mountain, there is a unique and perhaps bizarre site called "Gama Cave, Gama Land."