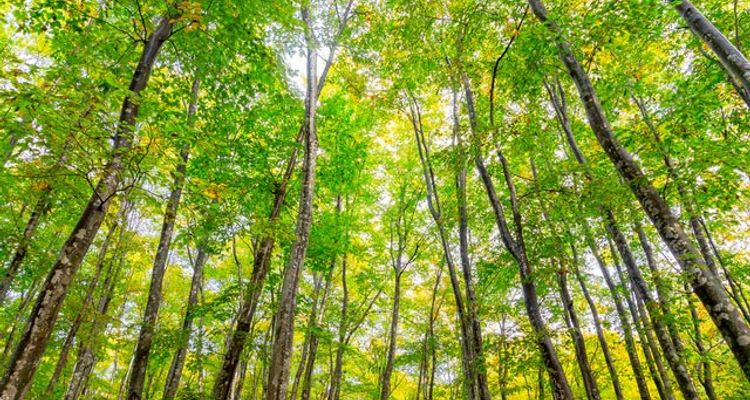 Summer is almost here in Japan. Do you know any seasonal words, or Kigo (季語), for the Japanese seasons? Here are 20 words that describe summer in Japan! Rikka is the first day of summer by the old calendar. According to astrology, it's when the sun's ecliptic langitude reaches 45 degrees. Therefore, the day of Rikka changes every year. By the way, the Rikka day of 2015 was May 6. Natsu (夏) means summer. Meku (めく) is a suffix which means something becoming to look like something. Natsumeku means it looks like it's becoming summer. The word can be used when you feel summer in the air, such as the blazing sun, or a clear blue sky with fluffy white clouds. Mugi (麦) means wheat, Aki (秋) means autumn. Mugi no Aki means the autumn of the wheat. This means the season when the wheat is ready to be harvested, which is during the early summer. It is summer for people, but it's harvest season for wheat. Also called Bakushu (麦秋). Tsuyu (梅雨) is the rainy season which lasts from June to July. Samu (寒) means cold. Tsuyuzamu (梅雨寒) is the chilliness that comes from all the raining, even though it's supposed to be summer and hot. En (炎) means fire, Chu (昼) means midday. Enchu (炎昼) means the midday of a extremely hot summer day. The summer of Japan is extremely hot and humid, so the extremeness of the word fits. Kumo (雲) means clouds, Mine (峰) means peak. Kumo no Mine (雲の峰) means a peak of clouds. This word comes from the sight of clouds towering like the peak of a mountain. Ramune is a soda that comes in a glass bottle, curved at the neck. It has a glass ball held in the middle called a Bi-dama (ビー玉). Ramune is so widely popular among people in Japan, it became a symbol of summer. Amagaeru's official name is Nihon Amagaeru; Hyla japonica in English. It lives widely throughout Japan. It's a green, and small (around 2.0 - 4.5 cm) frog. It lives around waterside plants or in the forests. Kingyo means goldfish. Kingyo Sukui, which means to scoop a goldfish, is a popular stall at summer festivals. You scoop the goldfish with a net made out of paper. If you keep the net too much at bay, the paper will soak up the water and rip. You have to have skill to actually scoop one. Kaiko (蚕) means silkworm, Agari (上簇), also read as Jyouzoku, means to move the silkworm to a place where they can make cocoons. Kaiko no Agari is usually done during the summer season. Kuchinashi (Cape Jasmine in English) have their flowering season around June to July. Its fruit is used for dye and medicine. Their flower language is "brings happiness", "purity", "I am happy", and "a love hidden in the heart". Temari, shown in the image below, is a children's toy, which is a ball decorated with colorful Japanese patterns. Temaribana  (Japanese snowball in English), the flower, bloom in May. They look almost exactly like Hydrangea. Also called Oodemari (オオデマリ). Enishida, Broom in English, blooms in a yellow or a dark red flower in the early summer. The Kanji of the name comes from its yellow color. The origin of the word is actually from the Spanish word of Enishida, "Hiniesta", which changed gradually into Enishida. Matsurika, or Arabian Jasmine in English, blooms at night, and the flower can be seen until midday. Its oil is used heavily in aroma oils and perfumes. The Kanji can also be read as Marika. Oiransou, or Summer Perennial Phlox in English, blooms around July to August. It is said that the name Oiransou came from the flower looking like the Kanzashi (headdress) of the Oiran. Its aroma is strongest in the afternoon. Hasu, or Lotus in English, blooms around July to August in the waters. Their underground roots are called Renkon (蓮根) and is a popular vegetable. You probably know them as lotus roots. It is the birthday flower of July. Their flower language is "eloquence". Hirumushiro, or Pondweed in English, is a water plant that floats. They have an underground root that grows diagnostically. The grass grows from each knob of the root. They also have leaves that grow underwater.