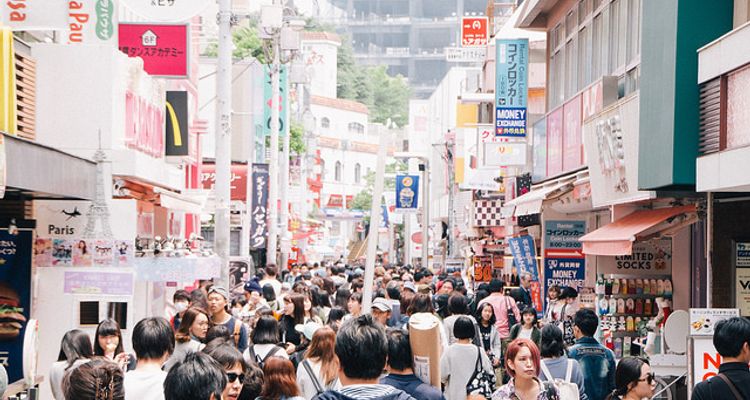 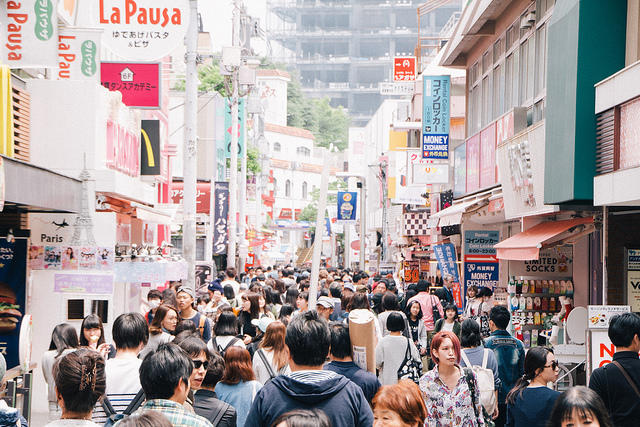 20 Japanese places chosen by travelers that no one should miss

Find out where the hang-out spots for travelers in Japan are.

Are you planning your trip to Japan but don't know where to start? To begin with, perhaps this list of 20 spots recommended by fellow travelers might help you a little.

TripAdvisor Japan, the famous travel website, released its top 20 coolest spots in Japan a list created based on ratings and comments left by tourists travelling in the country. The result is among its annual surveys conducted in 2013. Let’s find out what foreigners have to say about these top 20 spots voted by TripAdvisor’s members.

Universal Studios Japan (USJ) was the first Universal Studios theme park built in Asia. Located in the Osaka Bay area, it opened in March 2001 and covers a little less than 1000 acres. USJ has 8 sections as of last summer: Hollywood, New York, San Francisco, Jurassic Park, Amity Village, Universal Wonderland, Waterworld, and the newest is The Wizarding World of Harry Potter. Completed in 1958, Tokyo Tower is the world’s tallest self-supporting steel tower, standing at 333 meters tall. Visitors can visit either the main observatory at 150 meters or another special observatory at 250 meters. On days with good weather, there is a good view of Mount Fuji. “Visited the tower along with the Zojoji temple, right next to each other. Lovely area, we even took the lift to the observatory. Nice view of the city.”

Also known as Meiji Jingu, Meiji Shrine is one of the most popular shrines in Japan, not only to foreigners but also the Japanese. It is a shrine dedicated to the spirits of the Emperor Meiji and Empress Shoken. “The Shrine and surrounding grounds are a great way to escape the hustle and bustle of the city. As soon as you enter the grounds you get a sense of peace. It's a short walk to the main buildings. Along the way you pass racks of sake barrels, and depending on the time of year there are different displays set up along the path. It's an amazing place and worth a visit!”

Odaiba is a man-made island built at the end of the Edo Period. Located in Tokyo Bay, it was originally built as a protection fort to the city against possible attacks from the sea. Today, it has become one of the most famous shopping and entertainment districts in Tokyo. “Shops are brilliant and a large food court with lots of delicious food. Outside is a full scale gundam model that moves which was brilliant fun and a short stroll from the museum to see asimo and there is so much to do here, great for families! Also where you get the ferry back, there's a Statue of Liberty and a beach too. A great day out!” “If you are a "fashionista" this is the place to be at. But, bring your wallet full, this luxury road is full of fashion lust. Wow!! a lot of major brands and unique shop designs.”

The Hakone Tozan Railway is a private railway runs by Odakyu Group. This railway is the oldest mountain railway in Japan, and today it is also the only mountain railway in the country. The train departs from Hakone-Yumoto station and its final stop is at Gora Station. The journey takes about 40 minutes. “The train brings me to Gora station on around 40 minutes train ride. At certain points of the ride, the train driver will change his position from the front to the back of the train, and continue to manoeuvre the coaches throughout the mountains. This unique ride also allows its passengers to appreciate nature and it is indeed a memorable experience for me.”

The Floating Garden Observatory is a connection bridge between the two main towers of Umeda Sky Building. Located on the 39th floor of the 173-meter building, the observatory gives a spectacular view of the city. “Really a must to visit! One of the top 20 buildings in the world. A unforgettable view of Osaka. Till 39 th floor free of charge. You pay only for the 40th and 41st floor.”

National Museum of Emerging Science and Innovation, or better known as Miraikan, is a contemporary museum located in Odaiba. It features various technologies related to our daily life such as robots and space explorations. It helps us to understand the world from the scientific point of view. “This was a really fun museum, made even better by all of the crazy robots! Don't miss the singing and dancing Asimo, it's a must! The staff were really great and the exhibits are all English-friendly. We went while the 'Future Park' digital art exhibition was showing - also a lot of fun.”

Asahiyama Zoo is one of the most popular zoological garden in Japan. It is also the first to offer the sight of penguins walking in the winter. The zoo also features local wildlife found in Hokkaido such as eagles, deer, and cranes. “Great experience for wildlife lover!! Love the penguins, polar bears, seals and many more. Was raining a bit on my visit, but still enjoyed the zoo very much.”

Well known for its tuna auction, Tsukiji Market is a wholesale market for fish, fruits, and vegetables. It is also known as the world’s biggest fish market, handling about 2,000 tons of fish daily. “I arrived before 5am but that was not early enough to secure a spot. Disapointing but I made the most of it by visiting the outer market, having some ramen and pork and followed up by some pretty good sushi.”

The Cup Noodles Museum in Yokohama's Minatomirai area is a fun, interactive museum that teaches visitors about the history of instant ramen noodles through playful exhibits and hands-on workshops. The museum is run by Nissin Foods, the company founded by the inventor of instant ramen (a product he created in 1958). “Fun exploration. Amazing architecture and the fact that you can make your own cup noodles. It’s awesome.”

Built in 1603, Nijo Castle was designated as an UNESCO World Heritage Site in 1994. The castle was the residence of the first shogun during the Edo Period, Tokugawa Ieyasu. The castle was used as an imperial palace after the fall of Tokugawa Shogunate in 1867.

“It is a nice place to visit. The castle ground is quite big. You can really take a look at the history of the place, something like a museum. But you may need to understand Japanese to get the full experience.”

Also known as the Kanazawa Nijūichiseiki Bijutsukan, the 21st Century Museum of Contemporary Art is a modern art museum that opened in 2004. It often carries works from local as well as international contemporary artists. “If you like modern art, you'll like this museum. It's a bit confusing, particularly when you arrive and have to decide what kind of ticket to buy. Part of the museum is free, the blue section costs xx amount, and the green part costs xx amount. They do have a brochure in English and most of the exhibits have information in English and Japanese.”

Fees: Museum admission is free, but exhibitions are ticketed. “If you're a fan of Studio Ghibli films (think Hayao Miyazaki - Totoro, Nausicaa, Castle in the Sky, etc.) you will love this place. It's a museum/studio that is dedicated to Ghibli's films and their artists. The museum itself is a maze of mock workrooms, displays, interactive objects, magical objects, and playrooms dedicated to the worlds created by Ghibli. Displays show how animations are made. There's even a catbus that the kids can play in (sniff, sniff, not for we adults).  It is just a magical place to give your imagination room to fly. Your kids will love it, and so will the adults.” “It was the most amazing place on Earth! I was travelling solo in Tokyo; and was a little bit apprehensive about going to a theme park by myself. But it turned out to be one of the highlights of my entire trip!Everything about this place was magical and so beautiful. I do not think words can describe my experience there. A definite must-visit when you're in Tokyo; regardless if you're 7, 37 or 70 years old.”

Oedo-Onsen-Monogatari is a hot spring theme park located in Odaiba, a man-made island in Tokyo Bay. Made to resemble the Edo Period, you can enjoy both indoor and outdoor baths here. “Let's start by pointing that this onsen is not an "original" onsen like the ones you can find in smaller cities or town. But don't let that discourage you Oedo Onsen is quite an attraction and certainly deserves (if you have some time to spare) the long subway ride.”

Fushimi Inari Shrine is Shinto shrine dedicated to Inari, the God of Rice. Located in southern Kyoto, the shrine is famous for its thousands of torii gates that lead up to the sacred Mount Inari via wooden forest.

“There must be a couple of thousand torii's in this complex, so impressive! I visited the temple on a very busy day with a lot of Japanese visitors. That didn't mind, because the impressions of the area a so breathtaking that it never stops to amaze you. A must go!”

Dotonbori is a famous shopping district among travelers in Osaka. It is also a well-known location for good food and entertainment. “Dotonbori is very accessible by Namba Station. It's located in close proximity to Shinsaibashi and Amerikamura. Lots of good food here! Should definitely try the Tako balls and Okonomiyaki when you are in Dotonbori.”

Osaka Aquarium Kaiyukan is also known as the best aquarium in the country. It featured marine species found in the Pacific Rim, all well-displayed in 15 tanks. “It's an absolutely stunning place, with some really fascinating fish, sharks, rays, jellyfish, and even mammals. The sea otters are very friendly and will come to say hello to you through the glass, and the whale shark is really very impressive... I believe it's a major attraction to the aquarium. I would advise against the audioguide in English, which I noticed merely read out the information from the signs next to the tanks in a condescending tone rather than adding anything particularly useful. Otherwise, this place is an aquarium lovers' dream, and if you are a scuba diver it'll make you wish you were down there yourself! A must see in Osaka, as far as I'm concerned.”

Takeshita-dori, also known as Takeshita Street, is known as the center of Japan’s teenage culture. The street is lined with trendy fashion boutiques and shops. You could also find many theme cafes as well as fast food restaurants around the area. “This is a nice place for anime and manga lovers to shop at. There are many boutiques and several restaurants to check out. The clothes can be expensive so if a shop is going on sale then go see what you can find. Also don't miss out on eating a crepe because they are delicious. Cosplayers usually come out on Sundays. I went on Thursday and I saw one or two. This place can get very crowded so it may take a while if you want to walk to end of the street.”