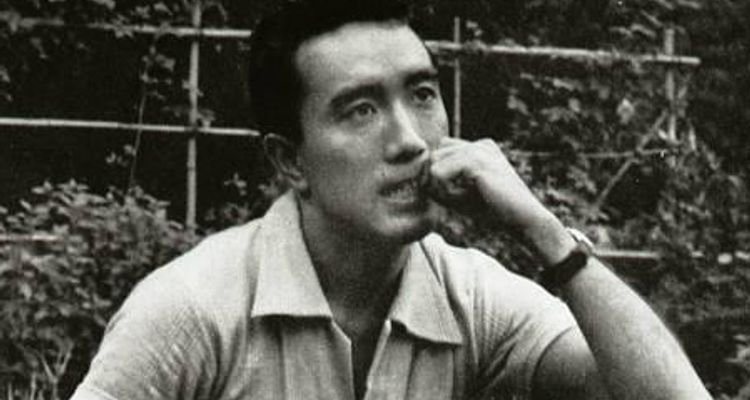 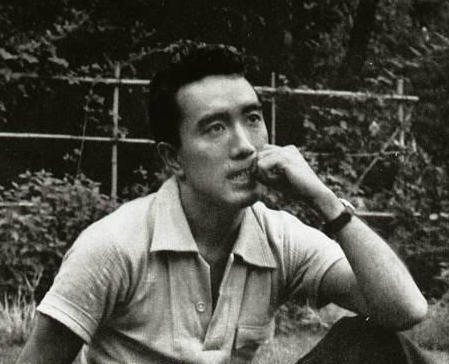 Haruki Murakami isn't the only Japanese writer out there. Here are 20 other great Japanese novelists, both historical and contemporary. Do I need to say more? Haruki Murakami is probably the most famous Japanese novelist today. His works are translated into multiple languages and read throughout the globe. The world he creates with twins, sheep men, darkness and mysterious ladies, are described in simple yet effective words. His representative works are "A Wild Sheep Chase", "Dance Dance Dance", "1Q84", and so on. Official website in English here. In Banana Yoshimoto's work, there are no explosions or kidnapping or any kind of immediate drama. Yet there is a complex tension between the characters and the atmosphere. Her words are simple and have a clear aftertaste. Her representative works are "Kitchen", "N.P.", "Goodbye Tsugumi", and so on. Official website in English here. Kenji Miyazawa was not only a novelist, but a poet and a story writer. His stories are aimed at children, but the way he uses his words are magical. It can make you feel a spectrum of emotions and make you see beautiful scenery in front of your eyes. His representative work is "Milky Way Road". Yasunari Kawabata is the first Japanese novelist to receive the Nobel Prize. His writing describes the Japanese sense of beauty, life and death, the silence between conversations, and so much more. A personal favorite of mine is "The Sound of the Mountain". It describes the everyday life of a family, yet the atmosphere is tense and almost tangible. His representative works are "The Sound of the Mountain", "The Izu Dancer", "House of the Sleeping Beauties", and so on. Also the face of the 1000 yen bill, Souseki Natsume is one of the authors Japanese children learn about in school. He was also an English teacher. His representative works are "Kokoro", "Botchan", "I Am a Cat", and so on. Yukio Mishima was a man of drama. He ended his life in front of hundreds of students after giving a speech. He was also a poet and playwright. He was also gay. His writing is very hard to read, but has a beauty of its own. His representative works are "Kinkakuji", "Confessions of a Mask", "Thirst of Love", and so on. Kenzaburo Oe is a Nobel Prize winner for his contributions to literature. He deals with subjects such as nuclear weapons, social non-conformism and existentialism with elegant writing. A personal favorite is "Lavish Are the Dead," about two students who are doing a part time job taking care of the dead bodies for the medical school. You can actually feel the coldness of the linoleum and the smell of formalin. It's not exactly cheery, but a great read. His representative works are "Sexual Humans", "A Personal Matter", "Lavish Are the Dead", and so on. Osamu Dazai is a famous novelist, but is also famous for his private life. With a string of love affairs, in the end, he attempted suicide and succeeded. He suffered from depression and alcoholism. However, he left great works with simple and eloquent writing about love, life and every day matters. A personal favorite is "The Setting Sun". The tempo of the writing is so beautiful, you want to read it out aloud. His representative works are "The Setting Sun", "Run, Melos!", "No Longer Human", and so on. Tsutomu Minakami is not exactly famous as the authors raised in the topics above. But I personally love him dearly because of one of his works, "Gobanchou Yuugirirou". It's a story about how the Kinakuji temple burned, and the people involved around it. The stage of the story is set in Kyoto, so all the characters speak in Kyoto-Kansai dialect. This creates a transparent and calm atmosphere, even though the ending is quite scandalous. Sadly, this work isn't translated into English. His representative works are "Ikkyu", "Ishi yo Nake", "Gobanchou Yuugirirou", and so on. Kobo Abe is not a light read. His works tackle subjects of existentialism to the highest extent. His writing is hard to read, and downright depressing. But it leaves you with questions you have to resolve yourself. A personal favorite is "The Woman in the Dunes". A man becomes trapped inside a village which stands on sand. His only companion is a mysterious woman. The harsh atmosphere of the desert soon changes the man in ways he could never imagine. His representative works are "The Woman in the Dunes", "The Box Man", "The Face of Another", and so on. Kazuo Dan is a novelist and a lyricist. My personal favorite of his works, and possibly one of my favorite pieces of Japanese literature of all time, is "Ritsuko So no Ai" and "Ritsuko So no Shi". This work is non-fiction, and captures the every day moments with his wife and child during the chaotic moments of World War II. His wife, Ritsuko, is diagnosed with tuberculosis. The description of a dying person, and taking care of them is realistic and depressing. However, the moments where Kazuo Dan spends time in the lush environment with his child are written so beautifully you can almost see it in front of your eyes. His representative works are "Ritsuko So no Ai", "Ritsuko So no Shi", "Kuru Hi Saru Hi", and so on.

Kakuta Mitsuyo is a novelist and a translator. A personal favorite is "Rebirth" (八日目の蝉). A newborn baby was kidnapped by the father's lover. The baby was then raised by her for years, until she was caught by the police. Time passed, and now the little girl has grown into young woman who is having an affair with a married man. She then goes on a journey to find out why the lover kidnapped her. This work was also made into film, where the lover's actress, Hiromi Nagasaku's, performance is outstanding. Her representative works are "Rebirth", "Woman on the Other Shore", "Kidnap Tour", and so on. Natsuo Kirino is not for the faint of heart. She deals with actual incidents such as the Touden OL murder case, where a worker at the Touden company who was a sex worker at night, was murdered in an abandoned house. The killer has not been caught yet. In her work, "Grotesque", Natsuo Kirino writes what the vicitim must have thought in her own way. And indeed, it is grotesque and powerful. Her representative works are "Grotesque", "OUT", "Soft Cheeks", and so on. Official website in English here. Mariko Koike is said to be an aesthetic writer. She deals with stories about women and sexuality in very elegant writing. She is also very good at horror, as seen in "The House That Looks Down at The Grave" (墓地を見下ろす家). Her representative works are "A Cappella", "Beyond the Rainbow", "Ghost Stories", and so on.

Souji Shimada is the king of mysteries in Japanese literature. His most famous series, "Kiyoshi Mitrai Series" (御手洗潔シリーズ), has many books and all of them are satisfying classic mysteries, where the detective solves the cases. The detective, Kiyoshi Mitrai, is a one of a kind, paranoid, slobbish, sociopath who is also incredibly intelligent. His representative works are "Kiyoshi Miratai Series", "Yoshi Takeshi Series", "The Man Who Went to Heaven", and so on. I was hesitant to put her name on this list, since it became clear that she plagiarized parts of her work. However, the power of her writing still hasn't faded. She deals with the supernatural world, where the main characters deal with their internal struggles with the power of the supernatural. Her representative works are "Consent", "Antenna", "Mosaic", and so on. Official website in Japanese here.

Keigo Higashino is a very popular mystery and thriller writer. He publishes several works every year which is an impressive fact in and of itself. He is particularly famous for his "Galileo Series" (ガリレオシリーズ). A physics professor and a cop double up to solve mysteries involving science. Two of the Galileo Series were made into films, with the singer Masaharu Fukuyama as the physics professor. His representative works are "Galileo Series", "Byakuyakou", "I Killed Him", and so on.

Miyabe Miyuki is a mystery and thriller writer. A personal favorite is "The Copy Cat". It's very long, about 5 books in Bunko size. It tells the story of how one writer captures a serial killer without any authority, but with only enthusiasm and justice. I almost screamed when she made the killer confess on TV that he was the killer. Her representative works are "The Copy Cat", "Level 7", "Higuruma", and so on. Yoko Ogawa is a strange writer. On the surface, her stories are laced with beauty and silence. But if you really dig deep down, what she writes is about horror with grotesque themes. A personal favorite is "The Sample of the Ring Finger". It features a scientist who keeps samples in formalin to help people move on with their memories. Her representative works are "The Sample of the Ring Finger", "Eyelid", "The Housekeeper and the Professor", and so on. Tokurou Nukui is a mystery writer. An eternal personal favorite is his debut work, "He Wailed" (慟哭). A serial killer that targets small girls is on the run, and the police have no clue who the killer is. Meanwhile, a man gets invested in a cult that deals with shady magic. The trick itself isn't new, but when you know why he did it, will break your heart. This is a theme in Tokurou Nukui's work. You know the trick, but you come to understand why they did it, and even empathize with them. His representative works are "He Wailed", "Prism", "The Corpses of the Angels", and so on. Official website in Japanese here.