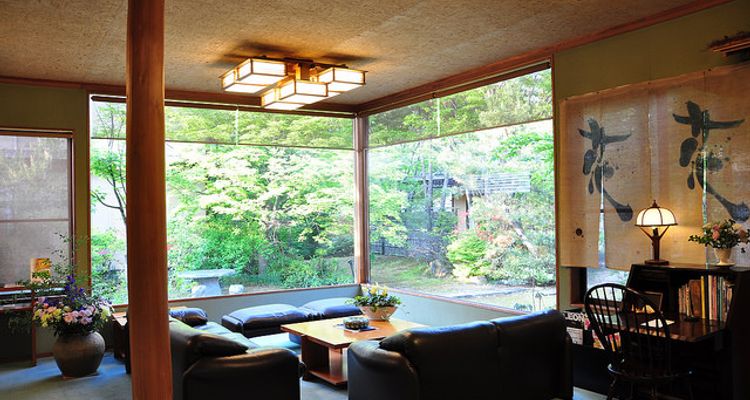 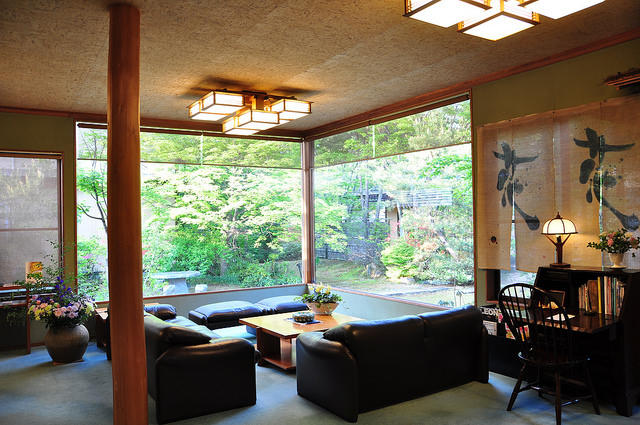 15 Recommended High-Class Ryokan All Around Japan

Ryokan are Japanese traditional lodging areas that differ from a hotel. If you come to Japan and stay at a ryokan, you can experience traditional Japanese culture first hand. Here are 12 high-class ryokan to consider for your trip.

In Japan, there are lodging areas different from hotels called ryokan. Ryokan are created with the influence of Japanese culture, so you should definitely try to stay in one at least one night on your trip. Here are 15 recommended high class ryokan that you should try for a luxurious stay. Ginrisou is a beautiful ryokan that was chosen as one of Hokkaido's 100 cultural assets. Because it's built on elevated ground, Ishikari Bay spreads out below it and you can enjoy gazing out on it as you bathe in the outdoor bath. Also, the beautiful night scenery of the city of Otaru is breathtaking and you can take it all in in one glance.

Near the popular sightseeing spots of Matsushima and adjacent to a small cape, Matsushima Sakan Shouan is a ryokan that feels like an adult version of a hiding place. You can forget the hustle and bustle of daily life and immerse yourself in the calls of wild birds while breathing in the fresh salty air from the tides. You can find that luxurious space right here. What do you think guests who have stayed at Onyado Kawasemi go there for?  In addition to wonderful rooms and baths, may want their first-rate meals. No matter what you eat there it's all made with carefully selected items from around the country using professional techniques. You can also visit the Japanese glass art museum while you're there. Tsutsujitei is a ryokan that was made with every luxury possible. The most obvious example of this is that on 16,530 square meters of land there are only 10 rooms. On top of that almost 10000 square meters is dedicated to a garden that was created using virgin forest. Just by knowing those facts the luxury inherent in this ryokan is obvious. Gorakadan is one of Japan's top class ryokan that is highly valued both in and outside of Japan. The water that runs through Gorakadan is from the Gora spring that is beloved by many famous people. The weakly alkaline water is perfect to recover from fatigue. This ryokan is a definite recommendation for people who want to heal themselves in the best space possible. The unique point of Fugaku Gunjou is that you can see Mt. Fuji from every room. Plus since it looks like it's separate from the sea, it's also furnished with an ocean view. You can spend quite a few hours soaking in the open-air bath as you take in that view. Beniya Mukayu was built on a mountain slope and is a place where you can spend a quiet time surrounded by many trees. All of their guestrooms include open-air baths that look out upon the mountain so you can physically feel the changing of the seasons.

The Earth was built with the desire that all the guests feel the breath of the earth. How is this done? Well, it's surrounded by 178,000 square meters of virgin forest and also faces the sea. The nature that unfolds below you when you stay there looks like a miniature version of the planet. Monjusou Shourotei is a ryokan of the highest grade even among high-class ryokan. Its appearance is perfect for a city as full of history as Kyoto, and it's beloved by a great number of literary people. Amanohashidate, one of Japan's three famous sights, is right in front of the ryokan. It makes a beautiful memory. The reason this ryokan is so popular is the extremely high level of service they offer. Their attitude towards pursuing the most comfort possible for their guests exists in every nook and cranny of this ryokan. Guests who enjoy the footbaths inside their rooms are treated to the bath lighting up at night. This atmosphere can't be beaten. Onyado Chikurintei is definitely recommended for tourists who want to experience a truly Japanese space. The reason is because one corner of the Mifumeyama Rakuen called the Meien is a space where you can feel the atmosphere of a Japanese garden. Breathing in the smell of the trees while bathing is a huge charm point of this ryokan. Sato no Yu Waraku is a renovated ryokan that was redesigned to deliver a special experience to their guests. The bar in the courtyard was especially made with a thatched roof. You can freely relish in its unusual design. Because it's specially made, it's a warm ryokan where you can always feel the nostalgia for ancient times. Tawaraya Ryokan has 300 years of history and is the representative of Japan's veteran ryokan. The quiet, healing atmosphere was beloved by foreign writers. Steve Jobs also stayed here and was fond of its undemanding, cozy space. Ryokan Shinsen is in Takachiho, an area where gods appeared. This is a lodging area that's especially recommended for businessmen who spend their time dogged by deadlines. If you stay here, you can bathe in the luxury that is time passing by as you don't do anything except relax. Kirishima Yuukyuu no Yado Isshun only allows 7 groups of guests to stay there per night in order to deliver the highest quality of service possible. The rooms are built far apart so you can completely relax without any interruption from neighbors. Each room has a private open-air bath attached.

These are only a handful of the high-class ryokan in Japan, but if you had the money, which one would you like to stay in? It's a once-in-a-lifetime experience for most people so save your money to spend a night or two there!