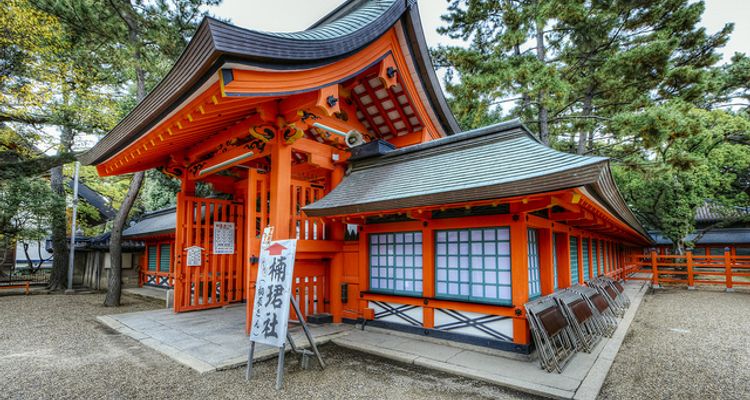 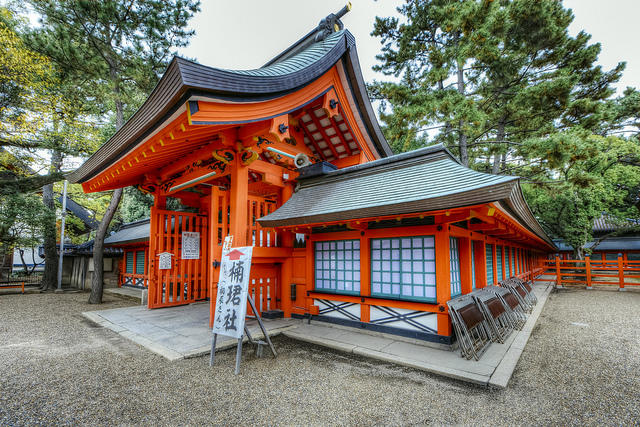 15 Power Spots to Visit in Osaka It's said that this shrine was built by Prince Shoutoku of the royal family, a regent and politician that helped create the foundation of Japanese culture in the 600s. The locals believe that this shrine will listen and grant one of your wishes just once in your life. It's a small shrine but a very powerful one. Off to the side of the shrine are torii gates lined up, and it's very pretty to see at night when the lanterns are lit up. It's very popular since it's a power spot that may actually grant your wish. It's said that a powerful kami (god) lives in this shrine and it might grant your wish. If you have a wish you desperately want to come true, you should pray here. There is also a power spot in the grounds called Godairiki-san. There are rocks with the characters for "go" (five), "dai" (big), "chikara" (power) somewhere in the gravel, so you should look for them and take them home. If your wish comes true, then it is your duty to come back and pray again to give thanks. Iwafune Shrine holds a huge rock called Ame no Iwafune that is believed to contain the spirit of a deity. Thanks to that rock, Iwafune Shrine is filled with a strong energy. It's the energy that comes from the deity living on the grounds.

Roten Shrine is a power spot, but you don't feel any particular energy from it. However, people who have been protected by this shrine for a long time feel a gentle feeling from it. It sits in a quiet corner of the city, so it's a spot that heals you from the hustle and bustle of the metropolis. Amaterasu Kouza Shrine and Iwato Shrine are two shrines that have connected grounds, so they're often referred to by both names. As a power spot, there's energy that dwells in the land. It's said that it's a good place for purification, so their exorcisms and prayer ceremonies are especially beneficial. It's not an area well-known even within Osaka, so it's a hidden power spot. This shrine is known by the names "Ishikiri-san" or "the god of swollen areas," and the area before the main shrine and the entrance to the shrine are nationally famous due to the stones marking the ohyakudo, a type of worship that involves going to the shrine one hundred times. Many people come to this shrine hoping to be cured of cancer. This is because the name. "Tenbo," meaning swollen area, is insinuated to be cancer, and that influences many people to visit and pray for a cure. This shrine is famous for many things, including the two-storied pagoda (a national tangible cultural property) as well as relationship and success in marriage charms. The "love-dyed miraculous water" is especially popular among young women because it's said that if you drink it then your love wish will be granted. Also, another little-known yet popular power spot is the rock seat for hip pain. If you sit on it then you will feel your pain go away.

Since kami of education are deified here, most of the visitors are people looking for success on their entrance exams. On the grounds is a statue of a cow that's said to belong to the god, and if you rub it you'll become smarter. In the spring the plum blossoms bloom beautifully, and in the summer they hold the Tenjin Festival. It's a shrine very near to people from Osaka. It's a power spot filled with the energy typical of Osaka and the love held for the kami Tenjin. This shrine that sits between Shinsaibashi and Honmachi is in the middle of the city but it's calm and quiet. It's been around for more than 1600 years, making it a very old shrine. Next to the torii gates is a large camphor tree. That tree is a sacred tree and it is said to be more than 400 years old; it protects visitors. This is a lovely power spot where you can get away from all the clamor of the city. This shrine is known among locals by the nickname "Ebessan," and it's very famous as a shrine that helps business thrive. It's a lively shrine and on event days up to 1,000,000 people can visit. If you want a power spot full of the energy of Osaka salesmen, it's here. This shrine is famous for having the biggest (diameter-wise) tree in Osaka; the camphor tree is known as Kungaishou and it is over 1000 years old. It's registered as a national natural monument. If you touch this tree that has looked over the people and the land for 1000 years, you will feel a gentle energy. This is a power spot that is good to help heal tired hearts and exhausted minds. Shippouryu Shrine sits in the middle of the Osaka mountains and has 7 waterfalls. You can experience training beneath all 7 of these waterfalls in one day. The waterfalls will cleanse your heart. If you have a pure heart, then naturally your fortune will also become better. It's a power spot where can properly pray in a no-nonsense atmosphere. Ootori Grand Shrine has a long history that stretches back 1300 years. There are many trees dotting the grounds. The iris garden holds 100,000 plants and is famous when in bloom. It's a power spot recommended if you want to comfortably relax in an ancient atmosphere surrounded by nature. This power spot is known as the shrine for luck in battles. Many people visit it to excel at exams, recover from injury, win elections or sports, succeed in crafts or business, etc. The grounds have many daruma sitting around, making it feel like you're no longer in Japan. In the spring it fills beautifully with cherry blossoms and in the autumn the foliage is exquisite, so it's also popular as a sightseeing spot.