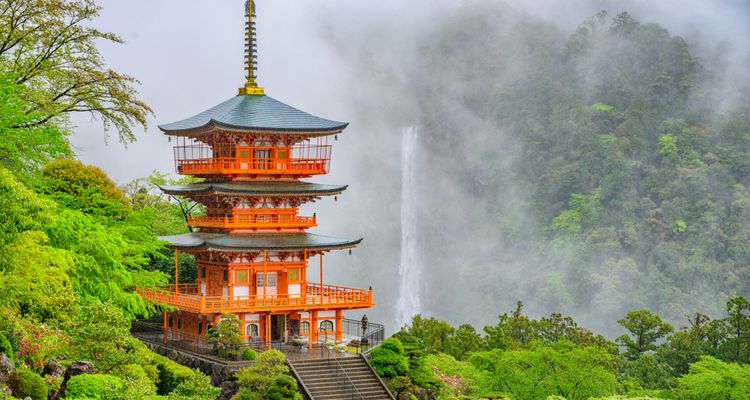 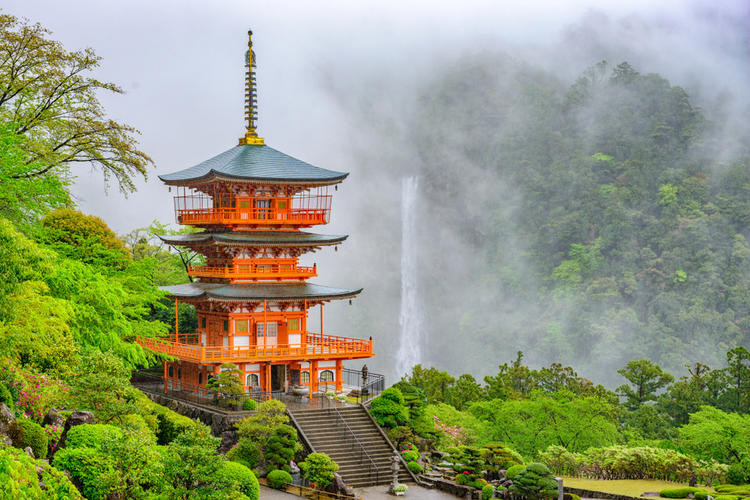 14 Historical Spots in Wakayama That You Have to See

Have you ever been to Wakayama? In this article, we are going to introduce 14 of our top historical sites in Wakayama.

Wakayama Prefecture is located on the eastern side of the Kii Peninsula, Japan’s largest peninsula. About 80% of the land is mountainous. Since the ancient times, these deep mountains have been thought of as sacred grounds for religious practices, with Mt. Koya and the surrounding mountain range being registered as a World Heritage site called the “Sacred Sites and Pilgrimage Routes in the Kii Mountain Range.”

Here are 14 historical sites you should check out in Wakayama.

Wakayama Castle originally developed as the castle of the Kishu Tokugawa family, a branch of the shogun Tokugawa family. The current tower was restored in 1958, however much of the remains of the castle, such as some of the gates and walls, have been designated as important cultural assets and are being carefully preserved.

Kishu Toshogu is a shrine in which the Tokugawa Ieyasu and the first feudal lord of the Kishu Tokugawa family, Tokugawa Yorinobu, are enshrined. This extravagant building, with its red lacquer, gold decorations and vivid coloring, is said to be the Nikko of the Kansai region.

Take the bus for Kengenmae from Wakayama Station.

Located next to the grounds of the Kishu Toshogu, Wakanoura Tenmangu is where the god of learning, Sugawara-no-Michizane, is enshrined. The structure itself was built in the early part of the Edo Period, and is still visited by students who come to pray to pass their entrance exams.

Take the bus for Kengenmae from Wakayama Station.

According to legends, it is said that in around 770, a monk came from China and established the temple here. Located halfway up Mt. Nagusa, this temple offers a great view of the whole of the Wakanoura Bay, a site famous for its beautiful cherry trees.

10 minutes on foot from Kimiidera Station

An ancient road on the pilgrimage route from Osaka to Kumano Sanzan, the Kumano Kodo Nakahechi is one of the parts of the “Sacred Sites and Pilgrimage Routes in the Kii Mountain Range” World Heritage site. From ancient times, this road has been traveled by countless people including former emperors on their way to Kumano Sanzan. A signposted walking course has been set up so you can enjoy both the beauty and harshness of nature while traveling this ancient path.

One of the cultural assets that make up the “Sacred Sites and Pilgrimage Routes in the Kii Mountain Range” World Heritage site, Kumano Hongu Taisha is one of the three shrines known as the Kumano Sanzan, , along with Kumano Hayatama Taisha and Kumano Nachi Taisha. Kumano Shrines can now be found all over Japan, but they all originate from the Kumano Hongu Taisha.

1 hour by bus from Shingu Station One of the cultural assets that make up the “Sacred Sites and Pilgrimage Routes in the Kii Mountain Range” World Heritage site, the Kumano Hayatama Taisha is said to have existed since ancient times, although the exact time it was built is unknown. Its collection of more than 1,000 items of clothing and tools has been designated as a National Treasure, and many of its buildings have been designated as important cultural assets.

15 minutes on foot from Shingu Station

One of the sites of scenic beauty that make up the “Sacred Sites and Pilgrimage Routes in the Kii Mountain Range” World Heritage site, it has been visited by people as a place of worship since the ancient times. Here, you can see the great 133m Nachi no Taki falls from the sea, which is counted among the three great waterfalls of Japan.

One of the buildings that makes up the “Sacred Sites and Pilgrimage Routes in the Kii Mountain Range” World Heritage site, the main building of the shrine is located at the top of a long set of stone stairs near to the Nachi no Taki falls. This has been a place of worship since the ancient times, and from the main building of the shrine you can see the Nacho no Taki falls This lookout spot is located at about 3.5km up the mountain from Kumano Nachi Taisha on one of the corners of the 4.5m tall statue of Namida Nyorai. From here, you can enjoy a spectacular view of the green of the untouched forests and sparkling blue of the Kumano sea. 30 minutes on foot from Shimotsu Station

A Buddhist temple said to have been built in 1215. The Shakado, which remains unchanged since the time of its construction, is historically very important and as such has been designated as a National Treasure.

25 minutes on foot from Kamogo Station One of the cultural assets that makes up the “Sacred Sites and Pilgrimage Routes in the Kii Mountain Range” World Heritage site. The more than 100 temples that surround Kongobuji form a holy city, with Kongobuji, which is said to have been built in 816, as the main temple. In addition, a number of structures, including vivid colorful towers and gates,  that have been designated as National Treasures remain in the area. A Buddhist temple said to have been build in 1130 by a disciple of the monk who built Kongobuji. It is the location where Toyotomi Hideyoshi fought a fierce battle to unify Japan after the death of Oda Nobunaga during the Warring States period. The temple features Japanese largest two-story pagoda, which has been designated as a National Treasure, and bullet marks from Toyotomi Hideyoshi’s battle can still be seen in the foundations.

15 minutes by bus from Iwade Station