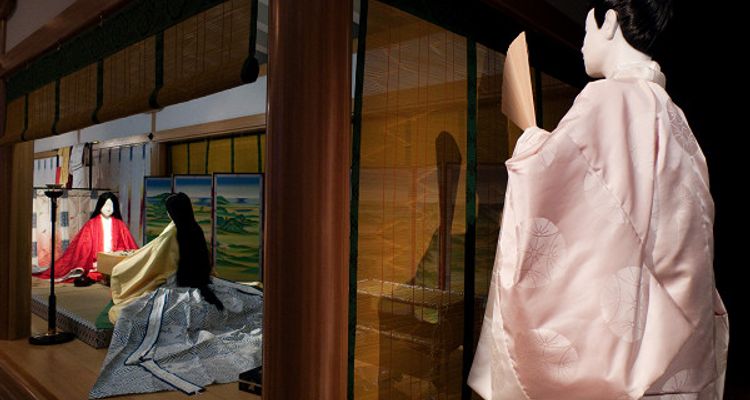 14 Facts You Probably Didn't Know About The Tale of Genji

Do you know what the oldest story in Japan is? The answer is The Tale of Genji (源氏物語). It is mandatory to study this piece of literature in most Japanese high schools. But what is it about? Here is a brief guide to enlighten you on The Tale of Genji!

The Tale of Genji (源氏物語) has been adapted into many forms of media, from dramas to movies to anime. But what exactly is it? Here are 12 facts to enlighten you on the Tale of Genji!

1. It is the oldest story in Japan. It is said that it was established during the middle of the Heian period. The first copy was found in 1008. Any kind of literature back then was copied by hand, so it's hard to point out which is the original copy. These copies are called shahon (写本). This theory was made from deducing the scatters of scrolls and literature all around Japan. Some researchers say differently, but in general, it is said that the Tale of Genji consists of 54 scrolls. Each scroll tells a story based on the main character, Hikaru Genji (光源氏).

3. It consists of a million words.

As you can tell from the number of scrolls, The Tale of Genji is a long, long story. There are over 500 characters in the story. The story is told over the span of 70 years. And about 800 Waka (Japanese poems - 和歌) appear.

4. The story is about the rise and fall, and the very dramatic love life of a royal called Hikaru Genji (光源氏).

Hikaru (光) means light, and Genji (源氏) is one of the surnames of the royalty. It is said in the story that Hikaru Genji was so beautiful he looked like he was shining. The story follows his and his descendants' fate and often, their very dramatic love lives.

5. Hikaru Genji's mother died when he was 3 from being bullied by other lovers. Now, there's a need to explain how the palace worked back then in the Heian period. The most powerful person in the royal palace is the Tennou (天皇). The Tennou had several lovers who were often daughters of the aristocrats that worked at the palace. By having children with these daughters, the Tennou ensured the future of the daughter's family.

However, the Tennou, called Kiritsubo Tei (桐壷帝), fell in love too deeply with Hikaru Genji's mother, Kiritsubono Koui (桐壷更衣). He didn't show his face to his other lovers. This meant disrespect to both the daughters and their families. The fact that Kiritsubono Koui's family wasn't high in the social rank didn't buy them sympathy either. The lovers bullied her hard. For example, they made their servants leave pieces of human feces in the corridors where she would be walking.

6. Hikaru Genji had an affair with his step mother who looked like his birth mother. You're right to cringe at the sentence, but that's what happened. After Kiritsubono Koui passed away, the Kiritsubo Tei was deeply depressed. However, he found a woman, Fujitsubo no Chuuguu (藤壺中宮), who looked just exactly like her, and makes her his lover. This happened when Hikaru Genji was 18. He and Fujitsubo no Chuuguu were 5 years apart. They had an affair, and she got pregnant and gave birth to a child.

7. Hikaru Genji finds a child who looked like Fujitsubo no Chuuguu, and makes her his wife. It is not certain how old she was when Hikaru Genji laid his eyes on her, but it is said she was around the age of 8 to 10 years old. This child is called Murasaki no Kimi (紫の君), and later on called Murasaki no Ue (紫の上). She was the niece to Fujitsubo, so no wonder they looked alike. So Hikaru Genji had an affair with a woman who looked like his mother, and eventually takes a child who looked like his mother to be his wife. The word mommy issues doesn't cover up how wrong this situation is, but this is what happened! 9. To give you a glimpse of the drama, here's a image of a correlation diagram among the characters.

The white are male, the pink female, and the bolded middle is Hikaru Genji. The single lines are affairs, and the double lines are marriages. The lines that part in the middle of the horizontal lines are their children.

10. The author of this masterpiece is Murasaki Shikibu (紫式部). Since there was no author name written in the pieces, there are multiple theories who the author is. But the strongest theory so far is that the author is Murasaki Shikibu.

11. Murasaki Shikibu was a very talented woman who served in the royal palace. She served Fujiwara no Shoushi (藤原彰子), who was one of the lovers of the Tennou at the time, Ichijyou Tennou (一条天皇). She was fluent in classical Chinese writing, which was unthinkable back then, since only men learned it. She was also a talented Waka poet. Her other works are "Murasaki Shikibu Nikki" (紫式部日記), which is an evaluation of the people in the royal palace back then.

12. The Tale of Genji is translated into many languages. Since it is written in classical Japanese, it is translated in modern Japanese by many famous authors, such as Akiko Yosasno (与謝野晶子) and Jyunichirou Tanizaki (谷崎潤一郎). Then it was translated into English, French, Italian, Spanish, Dutch, Swedish, German, Russian, Finnish, Czech, Chinese and Korean.

13. The Tale of Genji has fanfiction.

For those who aren't familiar with the term fanfiction: fanfiction is a form of literature where the fans of the original work write secondary tales of it, such as sequels, or what happened behind the scenes. The oldest fanfiction dates back to Kamakura era.

14. The Tale of Genji is adapted into many media forms.

These adaptations span manga, movies, TV shows, anime, theater, Kabuki, Noh, and traditional Japanese music. A famous manga adaptation would be Asaki Yumenishi (あさきゆめにし), which is shown in the image above, and is actually recommended reading material whilst studying The Tale of Genji in school. (That's what happened in my school).