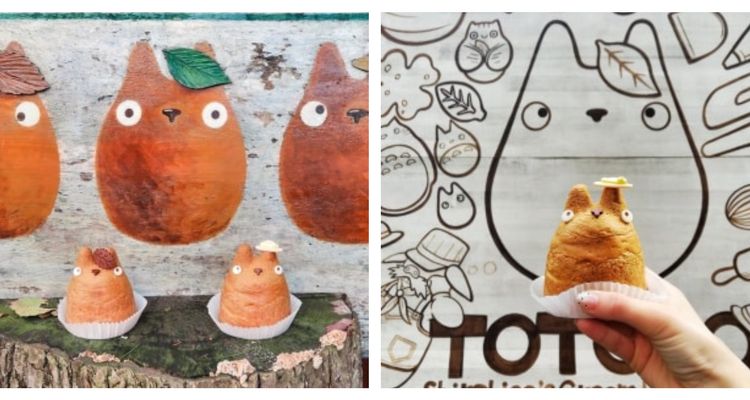 14 Anime-related Snacks You Should Buy in Japan

Sweets made using anime motifs are very popular! You're probably curious which characters get made into what sweets. Here are a few to check out. Most character sweets are sold in airports, train stations, kiosks, and some are even sold in supermarkets, but a lot of them are sold exclusively in special shops. Definitely make sure where to find them if you want them! Youkai Watch is a 3DS game originally released by Level-5 on July 11th, 2013, and it takes its name from an imaginary watch that appears in the game. It's become a huge franchise, and now there are even cookies with characters from Youkai Watch on them. In this package, there are 18 cookies for 860 yen, and it lasts for 180 days. The beloved faces of the Youkai Watch characters are stamped onto the cookie, so it's perfect for any Youkai Watch fan in your life. It's also a reasonable price, so it's a perfect souvenir to bring to a friend's house, especially if they have children.

This picture is of baked treats made of Sword Art Online II characters. They're sold to great popularity at Chiba's Aeon Mall Makuhari Shin-toshin, but also as of last November they are also being sold in Osaka. There are 6 characters available, and it's a delicious treat that is sweet and spongy. If you buy 400 yen's worth, you get a special postcard (of which there are six versions). Crayon Shin-chan, a gag manga and anime, is about Shinnosuke Nohara, 5 year old boy who is very saucy and loves to play pranks. Everyone around him, including his parents, call him Shin-chan, and they all get involved in everyday brouhaha. The photo is not of a snack in and of itself but a kit in which you can easily make purin. It uses the motif of Crayon Shin-chan's butt (because he often moons people), and all you need is some milk in order to create fluffy, melt-in-your-mouth purin. Recently, many do-it-yourself snacks have gone on sale in Japan.

This candy is actually also from Crayon Shin-chan; this is Shinnosuke's beloved Chocobi. It's a star-shaped chocolate snack. In the past, there used to be different flavors of Chocobi, but now they only sell the Big Chocobi and, in mid-June, the Tropical Fruits Chocobi.

When Anpanman meets people who are so poor they can't buy food, he breaks off pieces of his head and gives it to them. Anpanman and his friend Shokupan-man (White Bread Man), as well as others, find ways like that to be useful to people in the anime Anpanman. There are many snacks that have Anpanman designs on the package, such as gummies, biscuits, and more, but this delicious-looking Anpanman cookie is one-of-a-kind.

These cookies are made using designs from Disney's hit movie Frozen. They're produced by the same company that makes Pocky, Glico. The movie talks about the love between two sisters, the queen Elsa who has power over snow and ice, and her younger sister Anna who gets involved in a conflict to save both her sister and the kingdom. Bits of the movie are printed onto the cookie, so when you eat it, memories from the movie might come to mind.

Inside Tokyo Disneyland and the affiliated hotels During Spring 2015, inside Tokyo Tower, the popular anime One Piece opened a shop named the Tokyo One Piece Tower. One Piece is about a boy who becomes a pirate in order to find the legendary treasure, the One Piece. By June 2015, it has sold a startling number of more than 3 billion copies, leading to a Guinness Book of World Records acknowledgement for best-selling comic series by a single creator. There are many souvenirs sold here, so you can go in and find your favorite. The photo shows cookies and gummies but once you're in the store you'll want to buy much more. Love Live is a multimedia project about 9 teenagers who perform as a school idol group and grow as they improve through various performances and competitions. There is also a game version, so the sense of you growing along with the characters is very real and makes everything fun.

Internet shops such as Yahoo! Auctions and Rakuten

This anime was so popular that phrases from it won 4th most popular phrase of 2014. This chestnut youkan that appeared in it was developed and is now on sale. It's created by a wagashi shop that's been in business for 59 years, Tachikawa Iseya. This snack is from Precure, an anime extremely popular with young girls. The snack in the photograph can be bought at the Precure Pretty Store in Tokyo Station's Yaesu Character Street. The heroines of Precure transform and fight various monsters. In the photo are various snacks, including printed cookies, rush biscuits, and marshmallows. You can also buy all of these online.

These chocolates are designed with the motif of the internationally popular anime Pokemon. Pokemon are mysterious creatures that the main character catches and uses in battles in order to become the best Pokemon Trainer in the world. The cute characters are used on these chocolate cookies that are particularly popular among Pokemon fans. These macarons are made in the image of Hayao Miyazaki's famous movie My Neighbor Totoro. You can't buy them in supermarkets or convenience stores, but they look very delicious. These are made by the shop Cattleya for the Christmas season. You can buy them through Takashimaya's online shop. These candies are made in the image of the very popular anime, Chibi Maruko-chan, an anime that boasts fans of all ages. They're made like kintarou ame candies in that no matter how many you eat, the next one will still have Chibi Maruko-chan's cute face looking at you. Eating them is fun, but just looking at them will make you smile. Don't you want to buy them?

Shaun the Sheep is a British animated series about a sheep that finds himself in fantastic situations along with his friend, the sheepdog Bitzer, as they try to escape detection by the farmer. These cookies are printed with the images of the characters, and are both crunchy and sweet.