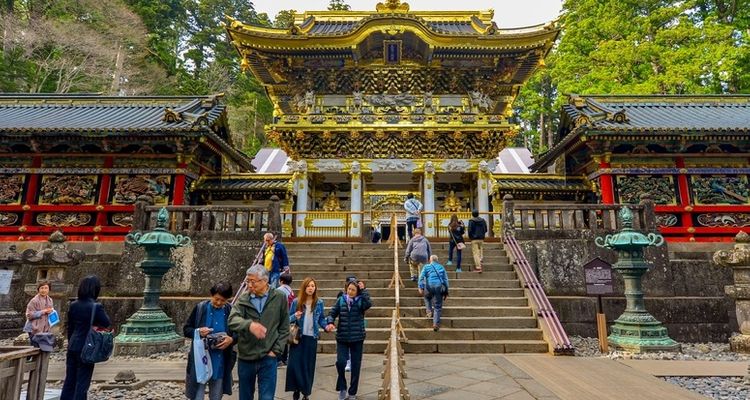 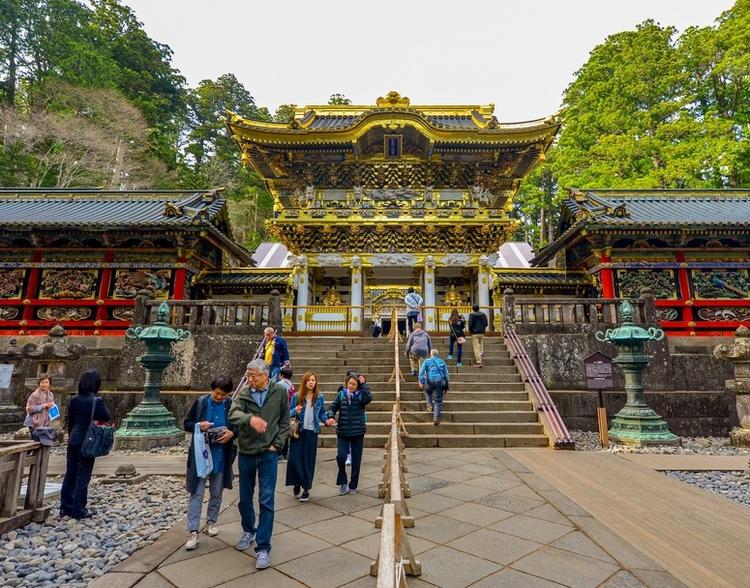 13 Sightseeing Attractions You Won't Want to Miss When Visiting Nikko!

When most people think of Nikko, the first think that comes to mind is often the Nikko Toshogu Shrine. Though the headlining attraction is undoubtedly one of the highly recommended sightseeing attractions, Nikko has so much more to offer, from a vast expanse of natural beauty, to a bevy of historical buildings. This is an introduction to some of the captivating attractions you won't want to miss.

Nikko Toshogu shrine is one of the premier sightseeing attractions in Tochigi Prefecture. The Shrines and Temples of Nikko have even been cumulatively selected as a UNESCO World Heritage Site. The ornate Yomeimon Gate, bedighted with countless carvings, is heralded as the most beautiful gate in Japan, and has even been designated as a National Treasure. Beginning with the Kairo (Corridor) to either side of the gate, the various pillars and buildings are coated in a vibrant vermilion lacquer, and the magnificent single-panel openwork sculptures are of a resplendent kind of beauty. The famous sculpture of the Three Wise Monkeys, "Mizaru, Iwazaru, Kikazaru" (See No Evil, Speak No Evil, Hear No Evil) is also a must-see.

Kegon Falls, known as one of Japan's three greatest waterfalls, is arguably the most famous of Nikko's many waterfalls. The awe-inspiring sight of running water coming down from a towering height of 97 meters is a sight that is sure to strike a chord. There is also an observation platform that can be reached by an elevator, from which you can get an overwhelming, up-close view of the waterfall's basin, which is 4.5 meters deep. Feeling the sheer force of the roaring waterfall is a moving and refreshing experience that is sure to be both mentally and physically rejuvenating.

Kinugawa Onsen is one of the few large-scale hot spring resorts in the Kanto region located upstream on the Kinugawa River, where many hotels and ryokan line the steep valley of the riverbank. The hot spring was first discovered in the Edo Period, when entry to the historic venue was only permitted to Buddhist monks and feudal lords. The weak alkalinity of the water in the spring is soft on the skin, and is even said to aid in the recovery of fatigue and the improvement of overall health. How about a relaxing soak in a hot spring while surrounded by nature?

Nikko Edomura is a cultural theme park offering the anachronistic experience of living in the Edo Period. The park is split up into 5 areas: the Kaido (Road to Edo), Shukuba-machi (Inn Town), Shokagai (Market District), Buke-yashiki (Samurai Residence), and Ninja no Sato (Ninja Village), all of which have been built in authentic likeness to the original building in their time. The townscape itself is a trip back in time to the Edo Period. The park staff all wear the traditional garb that people wore during the Edo Period, and put on plays and performances for park visitors. The family-oriented venue offers hands-on fun as well, with options such as dressing as a Edo-ite yourself or simulating life as a ninja.

Lake Chuzenji is situated at an elevation 1269 meters above sea level. The water of the Kagen Falls are deposited into the water of the lake. The contrast of the obsidian blue lake with Mount Nantai to the north is particularly spectacular, and the view has been selected as one of Japan's 100 best scenic spots. Although the azaleas and red leaves of the trees in the early summer are well-known, each season harnesses its own distinctive beauty. Additionally, it is also possible to take in the views from on the lake itself with sightseeing boats. Relaxing on the lakeside is also an attractive option.

The main enshrined deity at Futarasan Shrine is known as Oonamuchinomikoto, a god known for good fortune and matchmaking. For this reason, the temple is frequented by women and couples who come to pay their respects to the god for good fortune in finding and sustaining relationships. Together with the Sacred Bridge (Shinkyo), the temple has been designated as a UNESCO World Heritage Site. The vermilion lacquered bridge harmonizes beautifully with the surrounding scenery, and is an ideal location for picture-taking. Please consider paying the temple a visit.

Ashio Copper Mine once produced a majority of the nation's copper, and was even known as the copper capital of Japan. Since being shut down in 1979, a section of the mine has been reopened to the public as a sightseeing facility. Ride the trolley into the entrance of the 700 meter-deep tunnel to catch a glimpse of the brutally tough working conditions of the miners. Thirty-nine mannequins have been installed throughout the mines to realistically showcase what it was once like to work in the mine.

Akechidaira stands at the peak of the Daini (2nd) Irohazaka Slope. Though the view from there is already spectacular, an even greater vantage point awaits atop the observatory that can reached with a 3-minute ride on the Akechidaira Ropeway. You can catch a stunning view of Mount Nantai, Lake Chuzenji, and Kegon Falls in a wide-spanning panoramic view from an elevation of 1,373 meters. It is recommended that you visit during the autumn season, when crimson-red foliage spreads across the course of the entire landscape.

Tobu World Square is an architectural theme park, where you can enjoy 102 different 1/25 scale models of monumental architectural feats throughout history, which include 45 UNESCO World Heritage Sites. The painstaking attention to detail throughout the entire park is sure to leave you speechless. Even the finest details of the models have been faithfully reproduced according to their original structures, and there are even 140,000 7 cm-tall residents occupying the park. Be on the lookout for quirky historical figures such as Marilyn Monroe and Tang Sanzang along with his companions. 97% of the different foliage planted between the buildings are in fact authentic bonsai (a Japanese art form of cultivating small tree-like plants). During the winter, the buildings are adorned with illuminations, and the entirety of the park is lit up in a glimmering spectacle. The culturally and historically diverse selection of buildings will give you a sense of having traveled around the world in the course of a single day.

Senjogahara gets its namesake from a battlefield in mythological lore, where the gods are said to have fought over Lake Chuzenji. The dried lake is well-known for its diverse wildlife, being inhabited by 350 different kinds of native plants, as well as many different species of wild birds. There is a nature exploration route encircling the area in a large loop, as well as a 2-hour hiking trail for those interested in trekking further. Small observatory spots are available throughout the course of the expanse and the vast plateau, spanning 400 hectares, sports a natural beauty to gaze upon for a mind-easing experience outdoors.

Rinnoji Temple is comprised of 15 halls and pagodas on the temple grounds. The grounds are largely divided into two areas, the Sannai and the Oku-nikko. Rinnoji, along with Hieizan Enryakuji Temple and Toeizan Kaneiji Temple, comprise the three main Tendai sect temples. Rinnoji is also a constituent temple of the UNESCO World Heritage Site designated Shrines and Temples of Nikko. The Sanbutsudo (main building), a treasury house holding 30,000 temple treasures, and a mausoleum for the third Tokugawa shogun, Tokugawa Iemitsu, are all located on the premises.

The waterfall gets its name Ryuzu from how it looks at the basin, where the waterfall is split into two by a large boulder, and appears like two dragons' heads. The torrential fall traverses down a rocky face where the downward stream jumps down stretches of rock as though bounding down a staircase, falling as far as 10 meters between each drop. Though the picturesque scenery can be seen year round, the autumn season of auburn leaves is especially popular.

Nikko Tamozawa Imperial Villa Memorial Park is an imperial villa that was frequented by the Emperor and Prince of the Imperial Family for three generations between. The site has been designated as a Cultural Artifact. The current villa is one of the largest-scale wood-constructed buildings, and vestiges of  Imperial culture can seen throughout the building. The garden is also of a resplendent beauty, offering a view of various flowers throughout the year. Fully immerse yourself in the beautiful orchestration of the scenic view outdoors along with the architectural beauty of the woodwork.

Rest and Relaxation For Both Mind and Body in the Great Outdoors! Nikko's Sightseeing Attractions

From the blend of grand and quaint embodied by the shrines and temples, to the ethereal scenery in vast expanses of beautiful nature, Nikko has plenty to offer. The upcoming months will bring some pleasant weather, and if you're looking for some time outdoors, how about a trip to Nikko?