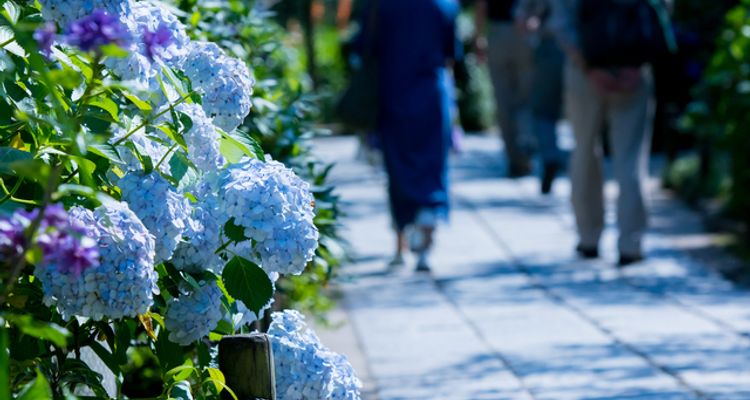 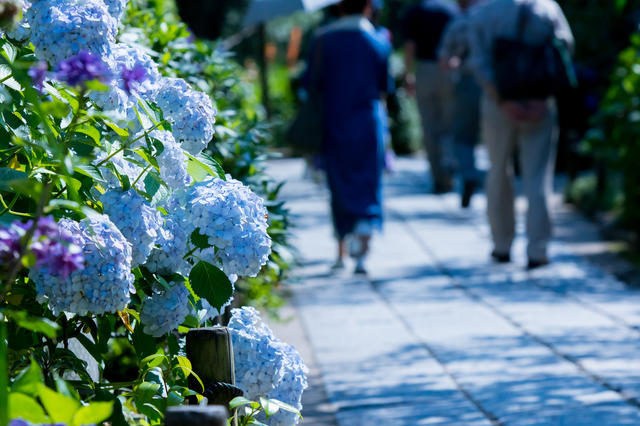 For each and every month, there are always special things to do in Japan. But it is also true that many people find its quickly changing weather a bit problematic. You shall no longer worry though. Here is the article for the seasonal events and weather in Japan to help you fully enjoy your time in Japan!

During the beginning of the year, people usually spend their New Year's holiday with family and friends in their respective hometowns. Although it's often clear, January is the coldest month of the year and it may snow. It also gets really dry during this month, and you will most likely need to moisturize. In addition to regular winter clothes like a warm jacket and gloves, extra things to keep you warm like pocket heaters will make it easier for you to overcome the brutal cold. February is when the holiday Setsubun is held. It is a seasonal celebration on February 3rd, and a special ritual called mamemaki (bean scattering) is often done in temples and at homes in order to cleanse and drive away all evil. It is still very cold and it may  snow during this month. Have some nabe (hotpot) and stay warm! Towards the end of the month, the plum trees will bloom to let you know that spring is just around the corner! Hinamatsuri on March 3rd is a special day to celebrate the growth of female children. Sakura (cherry blossom) trees often start to bloom in the later part of March and it is finally feels like spring is coming. There are going to be more days with temperatures above 10°C, but it still gets cold in the morning and night. Jackets and scarves would come in handy. From school to work, almost everything in Japan starts in April. Sakura trees come into full bloom in the early part of the month and decorate the spring scenery. Take your winter clothes off and enjoy the warm weather! There are farms that let you enjoy strawberry picking. Going on a strawberry picking trip to the suburbs and regions around Tokyo wouldn't be such a bad idea. March 5th is known as Children's Day. On this national holiday, people raise koinobori, carp shaped flags, to pray for the healthy growth of children. Since the weather is getting warmer and warmer in this month, there are days you will be fine with just a T-shirt during the day, but long sleeves shirts would be a safe choice. In the first week of the month, there is a week-long holiday called Golden Week. If you are traveling in Japan during that period, make sure to make a reservation for hotels and trains beforehand/ The rainy season starts in Japan in mid-June. It is going to be very humid and cloudy all the time. Wearing short sleeves would be good but don't forget that it may get cold on rainy days. Like Paris, some cities become more beautiful in the rain, and Kamakura (Kanagawa) is one of them. The city used to be the capital of Japan several centuries ago. Walking around the city and seeing the temples and hydrangeas in the rain will be a great experience. Going to museums is a recommended activity for those who are not a big fan of going outside when it is raining. Don't forget to eat the traditional Kyoto confectionery, minatsuki (another name for June)! On July 7th, there is a festival called Tanabata. On this day, people make a wish to the stars. The rainy season lasts until mid-July, but once it is over, summer finally comes to Japan. You will be needing caps and sunglasses as there are going to be a lot of hot and sunny days. A number of beer gardens open around this time. Why not cool off the heat with some cold beer in the evening? It is the hottest month of year. It gets so hot and humid that you may have trouble sleeping at night without AC. Make sure to hydrate yourself to prevent hyperthermia. Watching fireworks is a typical Japanese summer activity. The most famous fireworks display is held at Sumida River and you really don't want to miss it. You will see a lot of women dressed in yukata, summer kimono, at these displays. You can also go to sunflower fields or the beach to fully enjoy the summer. Keep in mind that it gets very busy during mid-August as there is a week-long holiday roughly from the second week of the month.

Although the hottest time of year has passed, it still is pretty hot in September, so short sleeves are the best option. There usually are a lot of typhoons in this month, and trains and flights will be delayed because of them. The damage depends on the size of the typhoon, but when big ones come, even just going outside is extremely dangerous, so check the weather and stay safe. Red spider lilies and cosmos flowers will come to full bloom in this month. With relatively low temperatures and cool wind, October is the nicest month of year in terms of the weather. But it is a bit of a tricky month in terms of clothes, as anything other than short sleeves would be too hot during the day but it gets too cold to be in short sleeves in the evening. Carrying light hoodies or some other light jacket for the evening would be wise. Also this month offers a lot of good food, as fall is the harvest season. From fruits to fish, a lot of food tastes best this month. You will be needing a jacket or sweater as it gets colder and colder in November. Fall foliage peaks around mid-November and it is absolutely beautiful. There are a lot of places you can go to see it in Tokyo too. The trees will be lit up in some places, so put on your warm jacket and enjoy it. Secondhand book markets start in the early part of the month. Maybe you can find the book that will become your favorite there. December is when the real winter comes. Coats and scarves are necessities. Be careful not to catch a cold as it gets really dry. It is also when Christmas comes. The streets will be decorated with illuminations and people spend a lot of time preparing for the end of the year by cleaning up their homes and writing holiday cards. Don't forget to eat toshikoshi soba on the 31st. It is a popular Japanese tradition to have soba noodles on the day because they're long, signifying a long life, and most Japanese people think that it isn't New Year's Eve until you have it. A lot of stores will be closed from the end of the year to the beginning of the new year, so it's recommended to check the information about which stores will be open beforehand.