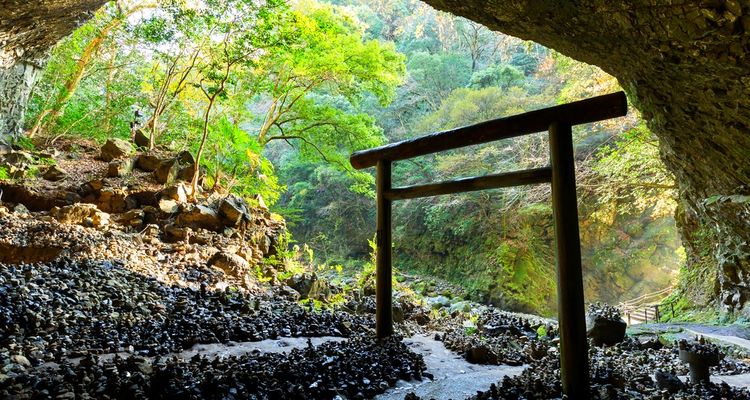 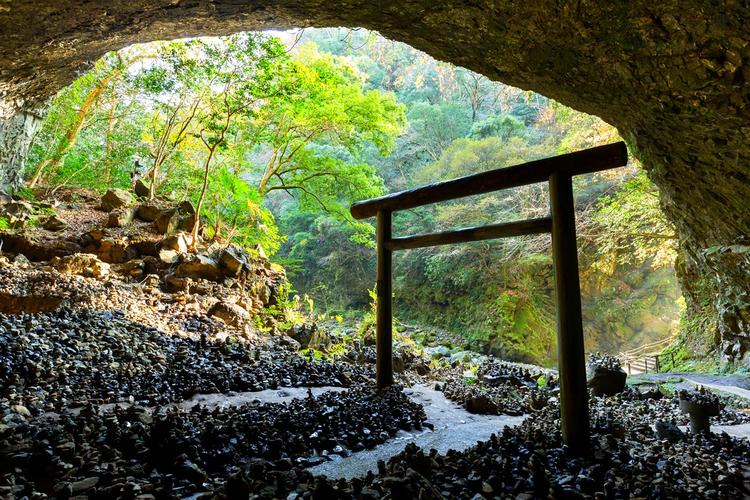 There are many shrines all around Japan, and many of those shrines are related to stories about gods or spirits. Here are twelve of the shrines associated with deities. Just like how there are eight million spirits shown in the movie "Spirited Away," in Japan it's natural to believe that those spirits exist.

In the books "Records of Ancient Matters" and "Nihon Nikki," books that record how Japan was created, everything is written from the birth of the spirits to the ascension of the throne of the Emperor of Japan.

Here are 12 shrines that are connected to those myths.

When the world was split into heaven and earth, the god Izanagi-no-Mikoto and the goddess Izanami-no-Mikoto first created a single island above ground. After that they created the islands of Honshu and Shikoku.

The island that the gods created first is called Onokoro Island. Onokoro Shrine deifies Izanagi-no-Mikoto and Izanami-no-Mikoto of that legend.

After that, they made many gods that ruled over oceans and mountains and water and rocks. Finally, when they created the god of fire, the goddess Izanami-no-Mikoto's body was set aflame and she died. The god Izanagi-no-Mikoto was extremely sad, and went to meet her in the land of the dead, Yomi. It's said that the boundary between Yomi and life, Yomi Tsuhirasaka, is at Iya Shrine. It's said that's where the entrance to Yomi is.

Yomi was a very frightening place so Izanagi-no-Mikoto came back. He purified himself by undergoing "mizogi," a purification ceremony. As he underwent mizogi, many gods were born. The place that Izanagi-no-Mikoto returned was Eda Shrine. If you continue into the interior of Eda Shrine, you'll reach the Mizogi Lake where it's said that Izanagi-no-Mikoto performed his purification ceremony.

Among the gods that were born of his purification ceremony, Izanagi-no-Mikoto gave 3 particular gods obs. Amaterasu-Oomikami became the sun goddess in the sky. Tsukuyomi-no-Mikoto was the moon god. And Susanoo-no-Mikoto governed the oceans. Amaterasu-Oomikami is deified at the Ise Shrine, which is also connected to the royal family. Tsukiyomi-no-Mikoto is deified at Tsukiyomi Shrine which is also famous for a place to pray for safe, easy childbirth.

Susanoo-no-Mikoto is deified at Yaegami Shrine. At the shrine's mirror lake, you can get your fortunes told regarding marriage. If you go up to the upper reaches of the river that flows at Awanoimato Shrine, you'll reach the Ama no Yasugawara cave. There the 8 million gods are deified.

Atsuta Shrine is where the sword Kusanagi no Tsurugi, which came out from Yamata-no-Orochi, is enshrined.

Susanoo-no-Mikoto's descendent, Ookuninushi-no-Mikoto, was appointed to properly govern the land. He implemented the foundation of the country, including things like management, development, public works, medicine, and other societal needs. After that, he was ordered to turn over the country to Amaterasu-Oomikami's own descendant, and he gave up the country with a few conditions and exchanges. As one of the conditions to turning over the country, Izumo Shrine was built. It's said that for the meeting of the gods in October, the eight million gods gather there.

You can feel the strength of Ookuninonushi-no-Mikoto in the shinenawa (the shinto rope, used as a talisman against evil) in the front shrine. At Japanese shrines, the order of worship is "two bows, two claps, one bow," but at Izumo Temple, it's "two bows, four claps, one bow."

The grandchild of Amaterasu-Oomikami that was given the job of ruling the country was Ninigi-no-Mikoto. As he received guidance from various gods, he descended to earth from heaven.

It's said that the place Ninigi-no-Mikoto descended on is now the Takachiho Shrine.

When Ninigi-no-Mikoto descended upon Takachiho, he met Princess Konohanasakuya, the daughter of the mountain god Ohoyamatsumi, and they married and had three childdren. Among those three, one of them was given the job of governing the mountains (Hoori-no-Mikoto) and another one the sea (Hoderi-no-Mikoto). Princess Konohanasakuya is deified at the Fujisan Hongu Kenzen Taisha Shrine. It's a beautiful shrine at the foot of Mt. Fuji, the symbol of Japan. It's said that the story of Hoori-no-Mikoto going to the palace is the origin of the Japanese folklore story Urashima Tarou. And it's said that the place where Princess Toyotama gave birth is Udo Shrine. Udo Shrine is inside a cave and it looks like a sea palace.

It's said that of the children born there was Ugayafukiaezu-no-Mikoto, who then himself got married, and his child went to what is now Nara, and became Japan's first emperor, Emperor Shinmu.

In Japan, it's believed that shrines hold mysterious power, and lately they have had an increase in visitors who believe that they're power spots. If you want to feel the power of the Japanese gods, definitely visit many temples while you're here.