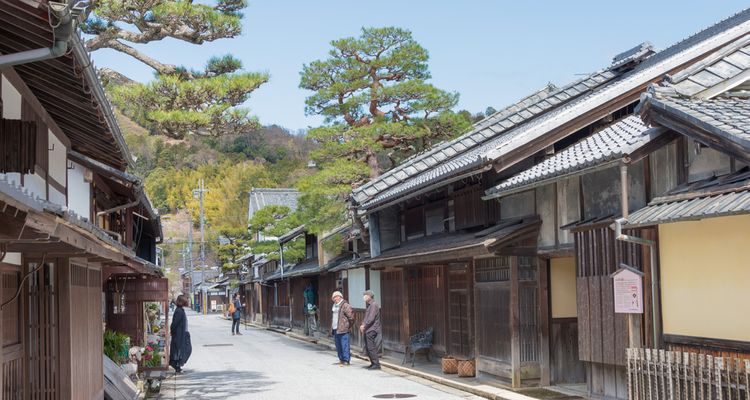 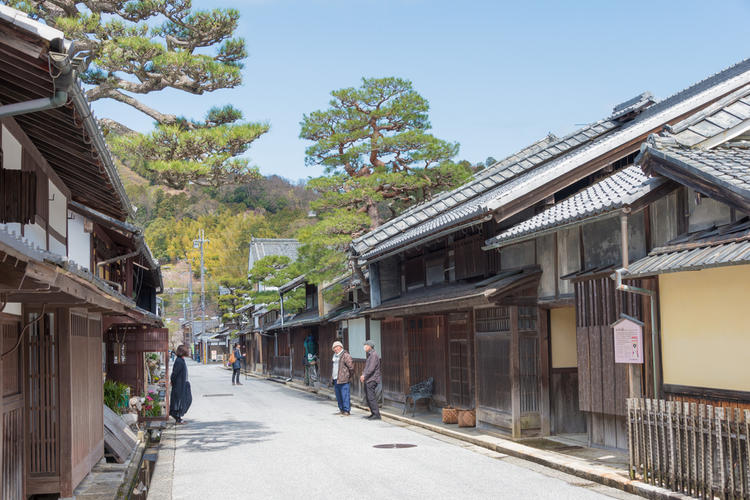 11 Wondrous and Intriguing Places to Visit in Shiga Prefecture

Located east of Kyoto, Shiga Prefecture is a region most known for Lake Biwa, the largest freshwater lake in Japan. Travelers usually bypass everything else in favor for seeing Lake Biwa, but there are actually plenty of traditional and artsy sights to see near the lake. Events and activities are also held around the lake every week, ranging from private cruises all the way to seasonal firework events. In this article, we will introduce some interesting spots in the area so that you don't miss out on what makes this prefecture so unique!

Like Mt. Koya, Mt. Hiei has been a revered mountain since ancient times. Registered as a World Cultural Heritage site, Enryakuji was established by Saicho, a Japanese Buddhist monk, in the year 788, and it has since been the headquarters of the Tendai sect of Mahayama Buddhism. Many important monks have trained here in the past, such as the founder of the Jodoshu branch Honen and the Jodo Shinshu founder Shinran. The monks here are famous for the demanding mental and physicals tasks they face, such as the juuninen rozangyo (training in isolation for 12 years) or the sennichi kaihogyo (1,000-day pilgrimage).

Over the years, this temple has come close to being lost to fire many times, mainly due to political strife. However, the religion has managed to remain very much alive to this day. Come visit the Konpon Chu-do, the main temple which is also a national treasure in itself, and the Shaka-do, which houses the principle icon - a standing figure of Shaka Nyorai (Shakyamuni Tathāgata) made by Saicho himself - to get a sense of the 1,200 years of Japanese Buddhist traditions that reside here.

In amongst the natural beauty of Shiga sits MIHO MUSEUM, a museum that was inspired by Togenkyo, a utopia described in an ancient Chinese tale. Designed by a famous Chinese-American architect named I.M. Pei, it houses over 2,000 works of art from all over the world, including ancient Egypt, Greece, Rome, Asia, and so on. One of only a few private art collections displayed in a gallery in Japan, they even have "Cult Figure of a Falcon-Headed Deity" from the 13th century and Ito Jakuchu's "Elephant and Whale Screens". This place has such a unique view on life that even those who aren't familiar with art can enjoy it.

Since Shiga Prefecture is very close to the Toei Studio Kyoto, many TV dramas and movies are made using this castle as a set. It has gotten so popular as a tourist destination that they've even created a cute original character out of the castle!

You can learn about the history of the castle here, such as how it was built in the Edo period for the Ii clan, or why this castle is also known by the name Konkijo. Starting with the historically renowned Ii Naosuke, many of the Ii clan went to become tairo (chief ministers), too. Interestingly, even the stables has been designated as an Important National Cultural Asset, and the place that Ii Naosuke lived in nearby, called Umoreginoya, also remains to this day.

Mt. Ibuki is the tallest mountain in Shiga at 1,377m, and it is easily accessible from both the Kansai and Tokai regions. As one of Japan's most famous mountains, it is revered as sacred and many monks have pilgrimaged here since ancient times. Legends from Nihon Shoki, a collection of tales on ancient Japan, have legendary Japanese prince Yamato Takeru challenging the god of Mt. Ibuki, and a stone statue representing this event was erected at the peak.

It is also a treasure trove of medicinal herbs and alpine plants, and the summit transforms into a natural flower garden from spring to autumn. You can even get a great view of Lake Biwa and Ise Bay, so why not take a day trip exploring this beautiful mountain?

This was the first castle in Japan to feature a tower keep, and it marked the start of a new type of castle in Japanese history. Construction started in 1576 and was built in 3 years under Oda Nobunaga's supervision. The castle was lost after a series of events at Honnoji Temple, and now all that remains are the stone walls. During its time, it was a monument to the strength and will of Oda Nobunaga, and his dreams of uniting Japan as a whole. It was also said to be a testament to the skills of the builders at the time. For those of you that are interested in ancient warriors or castles, this is definitely a great place to visit and look upon Lake Biwa just as those who lived here in the past.

This museum focuses on lakes, and it is the biggest of its kind in Japan. Under the theme of Humans and Lakes, you can learn about how Lake Biwa came to be and how it has become a part of human history.

Extra consideration was put into the exhibits so that even adults can enjoy all the colorful freshwater fish that live in Lake Biwa. Being so reasonably priced and also so close to the lake itself, this is the perfect place to visit with your whole family. Come see the fish in their natural habitat from the underwater tunnel they've built!

This art museum was opened on March 22, 1998, to help mark the 40th anniversary of the establishment of one of Japan's biggest transportation companies, Sagawa Express Co., Ltd. The art that are on exhibit here include works by the Japanese painter Hirayama Ikuo, the sculptor Sato Churyo, and the ceramic artist Raku Kichizaemon. The fun doesn't end at their exhibits, however, as they have many other works on display. With works involving cardboard art and exhibits dedicated to entertaining children, parents who love art can safely take their family to come spend some quality time enjoying art. Even the building it is housed in is very photogenic, as it is designed to look as though it was floating in the water.

Kurokabe Square is just one corner of an old town district in Nagahama that is made up of historic buildings. The streets here have managed to keep that old-fashioned yet nostalgic atmosphere from the Edo and Meiji periods. With all the art museums, galleries, and glass factories that have kept the facade of the old buildings, this area has become the largest glass art exhibition sector in Japan, attracting around 3 million visitors every year.

The displays cover everything from the traditional pieces to intricate artworks. Bask in the history of some of these old items or find some rare, incredible designs; there's something for everybody here.

Koka Ninja Village is a theme park built around the idea of ninjutsu (ninja arts). Inside, you can find a museum with documents on the various ninjutsu, a house filled with traps and shortcuts, as well as facilities for both kids and adults to try throwing ninja stars or attempt to cross water wearing special shoes called "mizugumo". There are plenty of tourists that are in ninja costumes too, so why not bring a fellow ninja fan along to really make a day of it?

Whenever anyone mentions figures, people in Japan think of Kaiyodo. This museum was the first of its kind in the world, and it just so happens to be in Kurokabe Square. Inside, you will find figures of all shapes and sizes, from the nostalgic little toy figurines that you can sometimes get with a snack, to giant faces of dinosaurs staring back at you. All of this is squeezed into this museum, along with dioramas and other kinds of exhibits that re-enact special scenes from various stories. Even those who don't usually partake in this hobby will be amazed at the level of detail and quality of these figures, and perhaps buy a few souvenirs for themselves and others.

This is one of the highlights that you can visit when you come to see Biwa Lake. This bridge connects the east and west coasts of the lake, and it splits into 2 roads, with one at 1,400m long and the other at 1350m long. Cyclists and pedestrians get to cross for free, so it makes for a great place for cycling.

For those of you thinking of driving there, this bridge is actually set up as a melody road, where grooves have been made in the road so that when a car drives over it, a tactile vibration is passed through the tires of the car, forming a melody. These setups are fairly rare in Japan, and you can even experience this one if you catch a bus from Katata Station to Moriyama Station. Either way, feeling the refreshing breeze from Biwa Lake on your face as you cross this bridge will be a moment you won't soon forget!

Shiga Prefecture has its fair share of unique attractions, wouldn't you agree? When Japanese people mention Shiga, the first thing they think of is usually Lake Biwa. This lake has been such an important part of people's lives here that it would be a waste to come here and not experience it for yourselves! While you're at it, don't forget to explore the areas mentioned in this article.