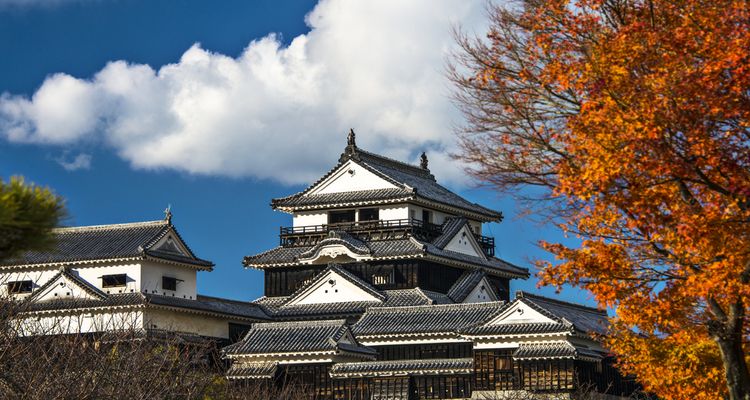 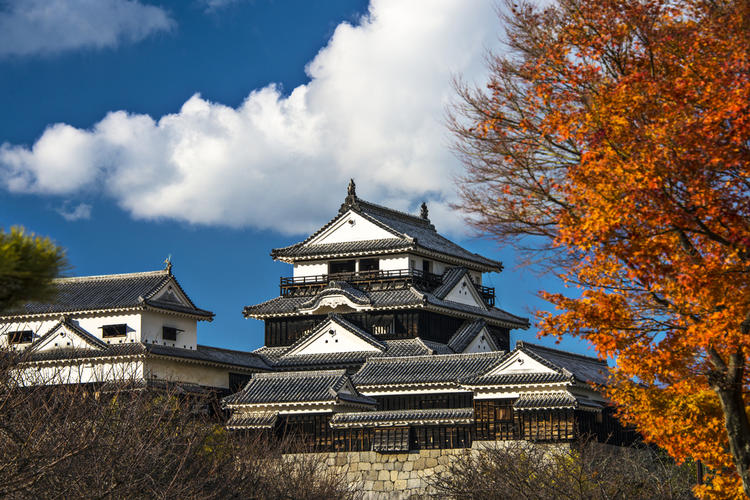 Ehime is located in the north western part of the Shikoku region. Part of it faces the beautiful blue Seto Inland Sea. There are many historical sites here from hot springs and castles built in the Edo period to archaeological sites!

Right in the center of Matsuyama City, on top of a mountain at the height of 130 m above sea level, you'll see a magnificent castle standing proud and tall. This is Matsuyama Castle and its grounds and castle tower was built in 1854. This castle was lucky and spared from destruction when Japan was going through a transformation to welcome the modern period. As this castle was built at the end of Edo period, its features are very different to show more practicality compared to its predecessors. The castle grounds that showcase the tower, gate and turrets are important National Treasures. If you truly want to know how the samurais spent their lives in the good old days, this is the castle to visit!

10 minutes by the city tram from JR Matsuyama station. Get off at the Okaido stop. This castle was built in 1601 and went through some renovations in 1671 and hasn't changed since. Unfortunately during World War II, due to an air raid, the gate was completely burned down. The tower still stands strong with pride today and it is a recognized National Treasure.

15 minutes on foot from Uwajima station.

This castle was built in 1604 and one of the many interesting features about this castle is that its moat is connected to the sea. In other words, the water level of the moat changes with the tides. Most of the buildings on the castle grounds were rebuilt all over again in 1980 except for the stone walls and the moat. So most of Imabari Castle are really replicas of the original.  Climb up to the top of the castle tower and you'll get to see the Seto Inland Sea clearly and the Kurushima-Kaikyo Bridge that connects Chugoku region with Shikoku region.

10 minutes by bus from Imabari station. 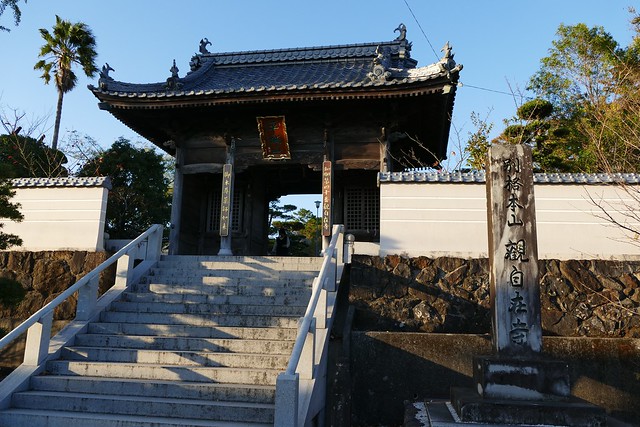 Kanjizai-ji is the 40th temple in Shikoku's 88 Temple Pilgrimage. If you look at the map of Shikoku region, you will notice that Kanjizai-ji is the furthest from the first temple, Ryozenji in this pilgrimage route. That being said, that is probably why many think of Kanjizai-ji as the mid point of the route. This temple has been around for about 800 years and the building that stands today has actually been rebuilt after being completely destroyed in a fire.

30 minutes by bus from Sukumo station Sankaku-ji is the 65th temple in Shikoku's 88 Temple Pilgrimage. This temple was open to the public in 730. Many female worshippers come here to pay their respects in hope that the gods will bless them with a fruitful womb. In spring, many will come to appreciate the beautiful cherry blossom trees that have been around for about 300 years!

20 minutes by bus from Iyo-Mishima station. This hot spring facility has been around for ages and it has appeared in literature and in legends dating back to 1000 years ago! For anime fans out there, you are right when your senses tell you that this building looks extremely familiar. This building was used as a model for Studio Ghibli's famous anime, "Spirited Away"!

About 20 minutes by the city tram from Matsuyama station. This temple was built in 809 and it is also known as Katateyakushi ("Katate" means "one arm" and "yakushi" is "physician") because according to legend, a worshipper who was paralyzed in one arm came to this temple and prayed fervently till his other arm gained senses. From then on, many worshippers came here for healing and to pray for good health and a safe delivery.

3 minutes on foot from Tanokubo station. Besshi copper mine played a really important role from 1690 to 1973 in Japan's trade and modernization. Thanks to this mine, the Sumitomo group is what it is today too as it was the Sumitomo family that managed this mine. When the mine was in operation, there was a time when the mine was producing too much smoke and was thus polluting the surrounding environment. As a countermeasure, trees were planted and that helped ameliorate the situation. This site only has goaves and the tracks that were used to transport the coal. If you want to see the actual steam locomotive used in the good old days, you 'll have to head to the Besshi Copper Mine Memorial Museum.

10 minutes by taxi from Niihama station. This is one of the many Taga shrines that we can find in Japan and it is a place of worship to come and pray for good health. However, this shrine is famous worldwide for the many phallic objects that it has and many would come and visit to see the collection.

5 minutes on foot from Uwajima station. Taiho-ji was built in 701 and the temple grounds are decorated with many Uba-zakura trees. Many  mothers who are worried about nursing, will come here to worship and pray in hopes that they can nurse their babies well. The main hall of this temple that was completed in 1200 is now a recognized National Treasure.

20 minutes on foot from Matsuyama station. 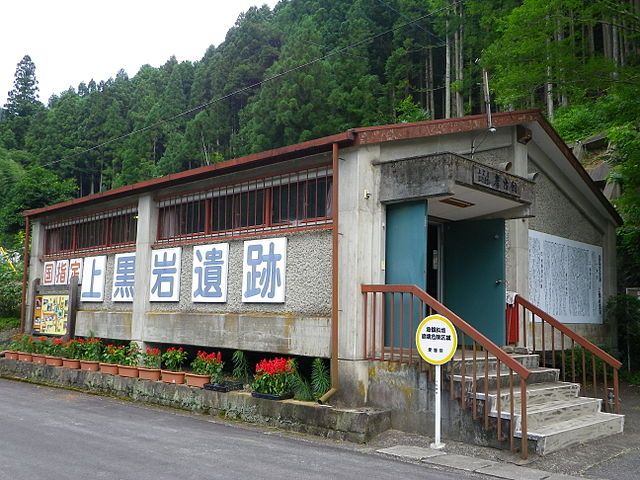 In 1961, human remains that date back to more than 10,000 years ago were discovered here in Ehime. This is considered as an important historical discovery. The remains and other archaeological findings are now kept in a museum for the public's viewing.

90 minutes by bus from Matsuyama station.