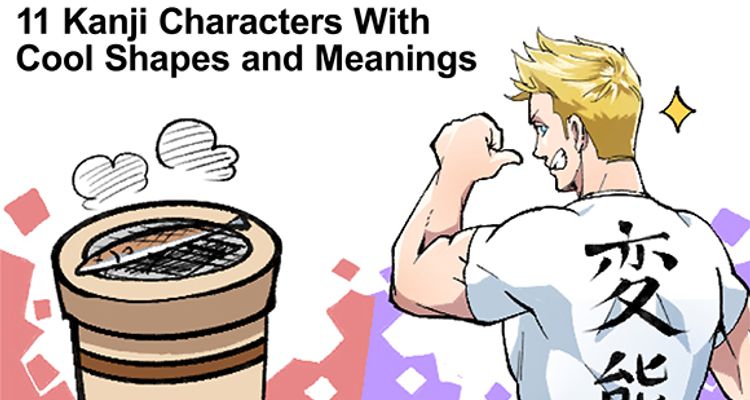 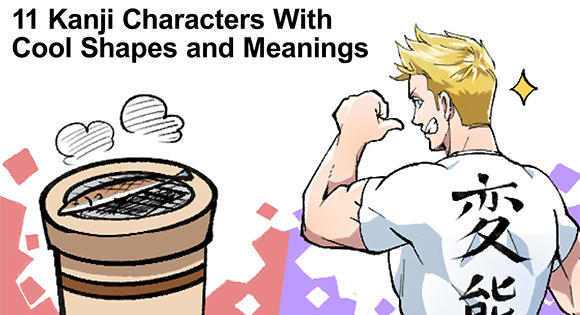 Chinese characters have been used in China for over 3,500 years, and now there are about 11 countries that still use Chinese characters in some shape or form. Known as "kanji" in Japanese, Chinese characters have recently gained popularity overseas, with some overseas celebrities even sporting tattoos of them. People also like getting T-shirts and accessories with Chinese characters as souvenirs! However, it's important to steer clear of kanji with strange meanings. So, after consulting with locals, we've compiled 11 kanji that are sure to be seen as cool! Use this article as a reference when searching for your own kanji souvenir.

In 2019, American pop singer Ariana Grande got "七輪" tattooed on her palm, which gained attention online when it was revealed that "七輪" referred to a stove for cooking fish or roasting meat in Japanese. It’s also not uncommon to see people wearing T-shirts with strange or ridiculous kanji. Sure, they mean well, but disaster can be avoided with just a bit more research.

We want to help you avoid embarrassment, so with a bit of research, we’ve compiled a set of kanji characters that you can feel free to put on T-shirts and accessories, use as nicknames, etc.

The kanji with the most votes was "魅"⁠—meaning "a mysterious power that can capture people's hearts!" "魅" represents a fascinating, slightly strange beauty. It is rarely used alone, and you can find it in compound words like “魅力” (fascination or charm).

From here, our selected kanji are sorted from the most to the fewest votes.

"覇" means unifying and governing the country through force or authority, indicating a powerful force sufficient to control its surroundings.

Different from "魅", “麗” means "a kind of pure, shining beauty." In everyday Japanese, it is often commonly seen in the term "綺麗" (kirei, beautiful). Visually, "麗" is in the shape of a neat square, proper and restrained, which is truly "綺麗"!

The original meaning of "舞" is a relaxed, traditional dance. Compared to the modern image of dancing, this kanji implies a more elegant and graceful dance with a leisurely tempo. You can often find this kanji in women’s names.

You can often find the kanji "暁" in comic books, and it refers to daybreak (i.e. the transition from nighttime to the early morning). The moment when the darkness breaks and becomes enveloped by light is fantastic!

"轟" refers to a roaring or booming sound, like the sound of dinosaurs, thunder, or cannons. and it's also used to make your name resound through the world! If you’re familiar with the manga My Hero Academia, Todoroki’s name is written using this kanji.

"愛" is "love" in English, and a great many people overseas are likely to have seen this character. "愛" is a familiar kanji for the Japanese and is frequently used in daily life. In anime and games, the helmet of the famous military commander Date Masamune shines with a big "愛".

"龍" means “dragon,” and specifically refers to the Eastern image of the dragon, with an animal head and snake body. The kanji is often used in boys’ names!

The Chinese character "迅" means "agile and very fast". The kanji appears to have a cross in the center, speed along with the wind at its back.

"粋" is often seen in recent T-shirt designs. It is one of the standards of beauty from the Edo period, referring to a simple elegance in temperament, attitude, and appearance, containing a certain temptation.

"梵" is a word in Buddhism that refers to the fundamental principle of the world’s existence and the truth of the universe. How cool is that?

Did you recognize any of these kanji?

Hey - why is there no "忍” (ninja) or "侍” (warrior)? Here’s why. To the Japanese, "cool kanji" tend to be more difficult to write (more strokes) and refer to abstract rather than physical concepts. Of course, feel free to use "忍" and "侍" as you wish, since their meanings are not strange or ridiculous.

If you’re looking to buy an omiyage (souvenir) with Japanese writing, please refer to this article!

*Note: we do not bear any responsibility for any bad tattoo-related decisions.