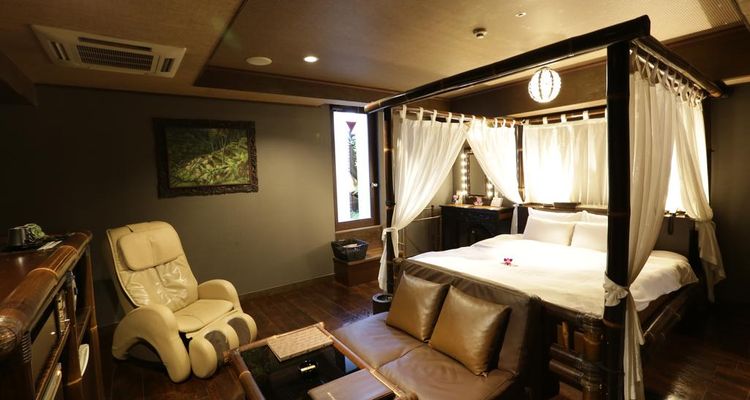 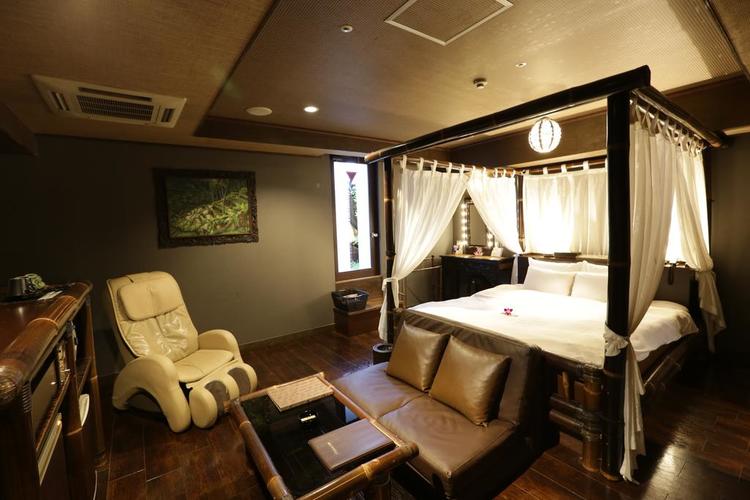 Love hotels with themed rooms in Japan is off-beat entertainment spots for couples or groups. Its uniquely decorated rooms can be chosen to your taste, while you don’t have such choice in regular hotels. Luxury rooms and facilities would excel their counterparts with brand names in downtown!

As the name shows, the rooms are designed to make you feel like you were a noble. Various themed rooms including Asian-resort, Japanese, and Western-styles come with Jacuzzi tubs with TVs and well-selected toiletries. Some rooms have private gardens, stone-hot-sauna, dry-sauna, or steam-sauna. A good variety of food and drink menu is available as well as complimentary breakfast served on designated days.

Opened in 1973, Meguro Emperor features a castle-like building and rooms with luxury furnishings. The food menu for room service is ordinal, but their drink menu is fabulous with upscale arrays; several brands of whisky, champagnes including Dom Perignon, wines and so on. Though the building is old, classical rooms are well-maintained and clean.

Iroha, close to the Roppongi Hills features refined rooms. A building of Japanese restaurant was converted into a hotel with posh design. Fancy rooms are decorated each in various themes and equipped with artificial hot springs. Type of bath rooms also varies such as outdoor bath or big bath tub. It’s frequented by those who need relaxing space in downtown.

Aperto is beyond the frame of love hotels. Elaborately designed rooms have large windows through which natural light comes. They are particular about comfortable beds to sleep in. Each room is furnished with chairs of world famous designers including Corbusier and Mies van der Rohe. The hotel enjoy great popularity among not only couples but regular guests who are after hideaways.

Colorful, decorative, gaudy, atypical are the adjective for the rooms at Hotel Sara. Each room is designed in themes galore- pop, kitsch, or gorgeous. Extraordinary entertaining spaces are here. You’ll never find this kind at ordinal hotels at the same price range.

As the name shows, Bali An Resort is a South-East-Asian resort-themed love hotel chain. The interior is mostly furnished with imported Bali-style furniture. What distinguish this hotel from other love hotels is that they welcome not only couples but also groups of single genders. Good variety of food and drink menu, karaoke, and video games are available at all rooms. The lobby area with welcoming atmosphere even has bar-space.

All rooms have mist sauna and Jacuzzi tubs. Rooms over the 7th floor have private balconies with a view to refresh. Some of them come with outdoor bath. Rather chic and comfortable rooms could be more immaculate than regular hotels at the same price range.

Here you can choose from various themes- the chic rooms with a view of Shinjuku downtown or mist sauna, or Japanese-style rooms with western-bedding. They look like a usual hotel, but can beat their counterparts with well-stocked toiletries and facilities including Jacuzzi bath with TV.

It's an upmarket hotel close to the Kunitachi Fuchu interchange. Its fancy rooms can distinguish it from high-grade hotels in metropolitan area. The atmosphere is great, the delicious dishes served at rooms are frequented by regulars- you have a space for a room-service cart so that you don't see hotel stuff. This place should be called rather a "leisure hotel" than a love hotel to make love.

Forsion, run by the same company as Pasha, was recently remodeled into a “designer’s hotel”. The stylish rooms come with Jacuzzi, moody lighting and well-stocked toiletries. Nintentdo Wii or PS3 can be rented for free. As same as Pasha, it offers complimentary breakfast on designated days. The VIP rooms have out-door baths.

*The information in this article is what was when the article was written. Please get access to the website of the hotel where you will stay and confirm the latest information.