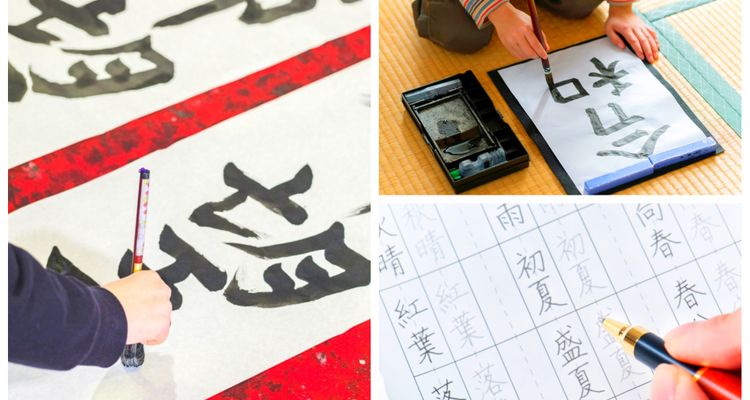 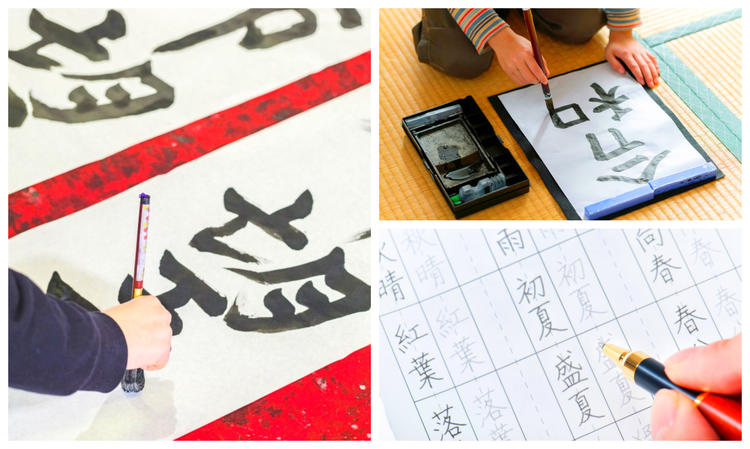 10 Facts You Probably Didn't Know About Kanji, a Japanese Alphabet

The Japanese language consists of three written systems. Did you know that Kanji originated from Chinese is one of them? Here are 10 facts on enlighten you on Kanji (漢字)!

1. Kanji is one of three parts of the Japanese alphabet. 2. Kanji originated from Chinese in the 5th century. A typical Japanese sentence consists of Hiragana and Kanji (and sometimes Katakana). For example, a sentence will go like this: 今日はいい日ですね / kyou wa ii hi desu ne. (Translation - Today is a good day.) Kyou (今日) and Hi (日) are Kanji. The rest is Hiragana.

4. Some Kanji represent more than one sound. Kanji, as a language, represents sounds. The basic rule of thumb is that each character corresponds to one sound. However, some Kanji correspond to more than one. Kanji can change into several sounds and meanings independently or depending on the context. There are 2 ways of reading a Kanji: Onyomi (音読み) and Kunyomi (訓読み). For example, this Kanji, 月, can be read as "Getsu" (Kunyomi) or "Tsuki" (Onyomi). By the way, 月 can mean the moon, or the month.

5. Okurigana (送り仮名) is a part of Kanji written in Hiragana.

Japanese verbs, adverbs and adjectival nouns have inflections. These inflections are written in Hiragana right after the Kanji. For example, in the word お祭り (Omatsuri), the Okurigana is the Hiragana り.

6. Furigana (ふりがな) is Hiragana written to express the sound of the Kanji.

Some Kanji are extremely rare and hard to read. Furigana is written besides (usually on the right side), or on top, of the Kanji to explain what the Kanji sounds like in Hiragana. It is also called Rubi (ルビ). Kokuji exmaples would be Touge (峠 - meaning a pass, gap), Hatake (畑 - meaning field), and Tsuji (辻 - meaning a crossing). Most Kokuji don't have Onyomi. The image above is one of the Kokuji, Tara (鱈), which means the cod fish. In Shin-jitai, some Kanji disappeared from the language. Mostly it is made of simplified complicated Kanji. For example, 竜 (Ryu - meaning dragon), is the Shin-jitai for 龍.

9. Kakijyun (書き順) is the proper way to write a Kanji.

It is also called Hitsujyun (筆順). Most Kakijyun is decided by the government in Japan, but some aren't. Those Kakijyun differ from what style of art you are in. Children in elementry schools have classes of Kakijyun. There, they have practice books where you repeatedly write the Kanji in the proper Kakijyun. The image above shows the Kakijyun of the Kanji, 楽. You follow the order of the red numbers.

10. Writing down Kanji on Washi paper with ink is an art form called Shodou (書道). Shodou is called calligraphy art in English. Shodou is taught as a subject in elementary, middle, and some high schools in Japan. Artists who specialize in Shodou are called Shodouka (書道家).